Canola Oil: Healthy Or Not? 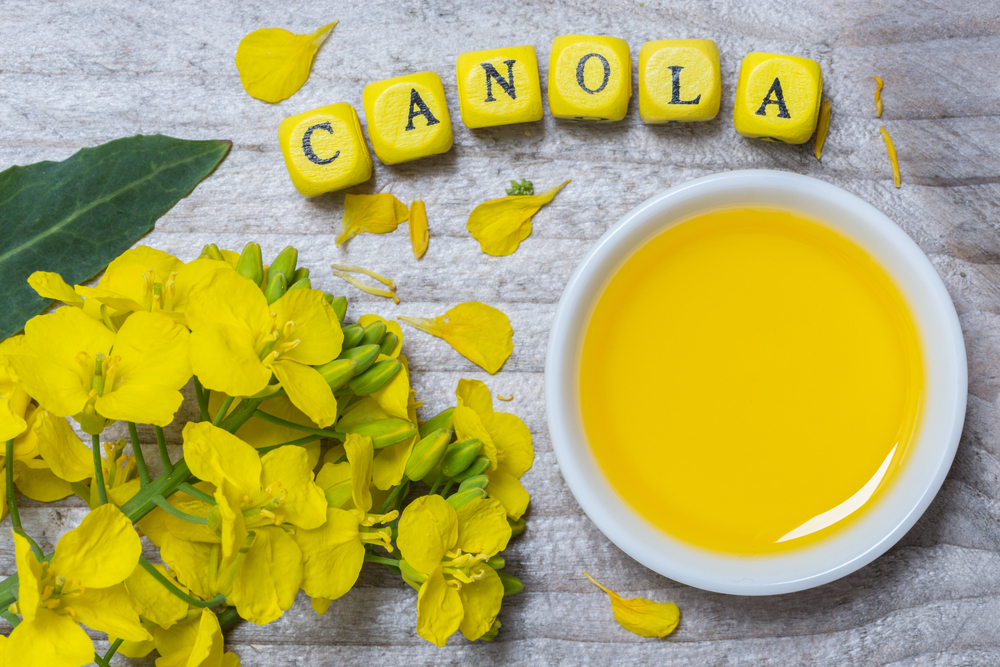 As people keep looking for ways to eat healthier, they try to take things out of their diet. We’ve all heard of eliminating fat or cutting down on carbohydrates. Some count calories while others have tried intermittent fasting. Along the way, many people have examined the kinds of food they’ve been consuming. One of the types of food that has come under scrutiny is canola oil. We can find this vegetable-based oil in several kinds of food. The big question is, do canola oil benefits outweigh its potential dangers? Is it really a healthy cooking oil?

What is canola oil?

We derive canola oil from canola plant, a variety of rapeseed plant. The resulting cooking oil has low erucic acid (a type of monounsaturated fatty acid).

Canola is stable for high frying temperatures and has a bland odor. We can use it in salad oils or blend it with other oils in margarine and shortening.

On top of that, a 2013 study confirmed some canola oil benefits and even said that it is one of the healthiest edible vegetable oils. That is, in terms of its biological functions and its ability to help reduce disease-related risk factors and improve health.

Canola oil is also one of the richest sources of healthy fats, like dietary monounsaturated fatty acid (MUFA). It is a good source of omega-3 polyunsaturated fatty acid (PUFA) and alpha-linolenic acid. As of 2009, advances using conventional plant breeding led to the development of high-oleic canola, which has higher levels of MUFA and greater oxidative stability. This, in turn, made it suitable for a wide range of culinary purposes, including frying.

With its high amounts of monounsaturated fat and low levels of saturated or bad fat, canola oil is a healthy and safe choice when it comes to cooking oils.

Also, a study published in 2014 examined the benefits of consuming CanolaDHA, a novel DHA-rich canola oil. It concluded that CanolaDHA improves good cholesterol, triglycerides, and blood pressure. It also appeared to reduce the 10-year risk of heart attack compared with other oils varying in unsaturated fatty acid composition.

Over the years, there has been considerable misinformation spread about canola oil. They may have stemmed from the fact that the canola plant came from crossbreeding with the rapeseed plant.

While canola oil contains vitamin E and K, it still is not an ideal source of nutrients.

It may also contain small amounts of trans fats. Those trans fats can be harmful to health in the long run. As a rich source of omega-6 fats, the oil can contribute to inflammation if it is heavily consumed.

The low erucic acid rapeseed oil that is canola oil is used in salad oils and margarine. Extracted from the seeds of the canola plant, authorities recognize that canola oil is safe. There has been trepidation over canola oil benefits over the years. However, studies have shown that several health benefits have come out of its use.

As one of the healthiest edible vegetable oils, canola oil can reduce disease-related risk factors. It is a healthy and safe choice in cooking and frying and may also improve good cholesterol, triglycerides, and blood pressure.

An assessment of the economic and heart health benefits of replacing saturated fat in the diet with monounsaturates in the form of rapeseed (canola) oil,

Heart Healthy Oils and Fats: Which Ones Should You Use?