Your Gut is Your "Second Brain": The Brain Gut Connection 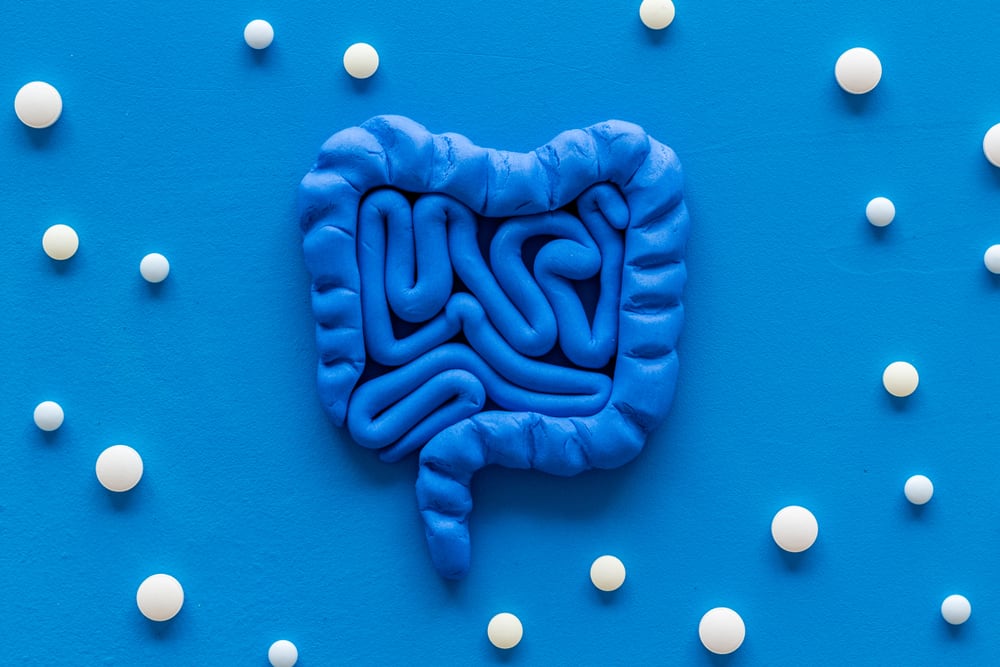 Our gut can act as our body’s “second brain”. But how? Learn about the brain gut connection, or how both body systems affect one another as well as its implications.

Ever experienced that painful pit in your stomach when you feel anxious? That is probably your gut reacting to your feelings. The gut is made up of every organ that takes part in food digestion. However, they can also send signals to the brain during intense emotion. A healthy, balanced diet is necessary when you want both your brain and gut to be in top shape.

The gut is a system in the body that scientists call the enteric nervous system (ENS). This vital system is comprised of two, thin layers with an estimated 100 million nerve cells which line the whole gastrointestinal tract, from the esophagus to the rectum.

The gut may be considered as a second brain, but it cannot process thoughts nor think like the brain, and is only responsible for controlling digestive processes.

The brain gut connection is made possible because of the gut’s ability to operate and communicate on its own to your brain. They are connected both physically and chemically.

The direct connection of the gut to the brain is through the vagus nerve. This nerve controls messages not only from the gut, but from the heart, lungs and other vital organs as well.

Both the brain and the gut are connected through various chemicals, such as hormones and neurotransmitters, which are produced to communicate messages. The reactions communicated may be positively or negatively affected by the bacteria, viruses, and fungi that reside in your gut.

The brain gut connection: How do the gut and brain affect one another?

Our gastrointestinal tract is sensitive to the feelings and emotions we experience, since the brain has a direct impression on the stomach.

This connection of the brain and gut can go both ways. An intestine experiencing problems can communicate to the brain which lets you know that something may be wrong. Because of this, we can say that the person’s gut can be the initial cause of stress and depression since the two systems are connected closely to each other.

The brain gut connection manifests itself in the symptoms of mental health issues people experience.

The gut can change its microbiome during stress responses such as anxiety and depression. Symptoms like heartburn and indigestion are a few of the many ways the gut can show its reaction to intense emotions of anxiety or dread.

The gut may also trigger extreme emotional shifts in people who are experiencing bowel problems such as constipation, diarrhea, bloating, and stomachache. Researchers have found that irritation in the gastrointestinal system bring about reactions to our body’s central nervous system which may then triggers mood changes.

Even mammals other than humans experience the brain gut connection. Scientists have found that even among other animals, changes in their gut microbiome and inflammation in the gut may affect the brain.

The brain gut connection: How to take care of your gut

Eating a balanced diet is important in taking care of your gut. A nutritious diet can do wonders to keep your body healthy. A healthier diet may include the following foods:

Sugary, fried, or processed food should be avoided or be taken seldomly in order to take proper care of your gut.

Prebiotics are food that can help the good bacteria in your gut grow. Bananas, onions, garlic are examples of prebiotics that are also high in fiber.

The brain and gut connection communicate with each other to react to various stimuli. They are connected in two ways: physically through the vagus nerve, and chemically through hormones and neurotransmitters. Moreover, the gut and brain connection are key factors to the stress and feelings we experience when we are anxious or sad.

Constipation, indigestion, and even bowel problems are possible issues one can experience when both the brain and gut react. It is necessary to understand how to take care of both “brains” in order to avoid any dramatic emotional shifts.

Gut Microbiota and Immune System: How are They Connected?