The Deadliest Diseases in History 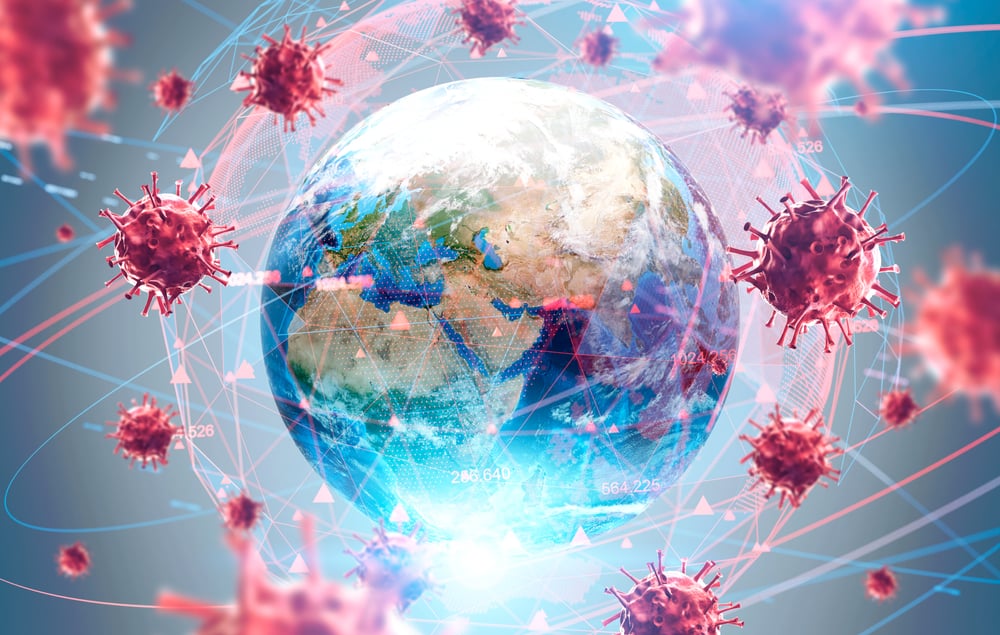 Throughout history, humans have lived through multiple widespread diseases. Each has taken the lives of millions of people throughout the world. Despite this, people have persevered and survived several plagues. Below are a few of the deadliest diseases in history known to mankind as well as how the people of those times were able to deal with them.

The Antonine Plague, also called the Plague of Galen, was one of the deadliest diseases in history. It was a pandemic that occurred in Asia Minor (Anatolia), Egypt, Greece, and Italy during the ancient times. Though scientists are unsure of what the disease truly was, the plague was speculated to have been some form of smallpox or measles.

This pandemic started in Mesopotamia which then spread throughout Rome by Roman soldiers. Since there was a lack of medical treatments at the time, the only action they could take was to record the signs and symptoms of the Antonine plague.

The people stood no chance against it, taking the lives of around 5 million individuals. As time flew and people fell ill, the plague eventually died off in 270 AD.

The Justinian Plague was the first recorded incident of the infamous bubonic plague outbreak. Itoccurred in Europe which ended the lives of 25 million people, almost half of the population of Europe at the time.

The plague can be transmitted via direct contact with infected fleas, skin, or saliva droplets. This had such a devastating effect that around 5,000 people were killed each day. This was around a quarter of the Eastern Mediterranean populace.

During this time, plague doctors who donned bird beak-shaped masks tried their best to figure out how to treat the pandemic. But to no avail. Many methods such as a vinegar-water solution, bloodletting, witchcraft and even carrying charms were used to ward off the disease.

One of the most well-known deadliest diseases in history, the black death killed over 75 to 200 million people across Europe, Africa, and Asia. A possible explanation for its widespread infection was the merchant ships that unintentionally spread infected pests, which thrived in environments such as the ports near human settlements and communities.

Much like the Justinian plague, a cure was nowhere near to be found at the time.

People speculate that the bubonic plague ended because of intense quarantine protocols enforced to cease any further growth of the disease. Another plausible explanation would be that the pathogen simply ran out of victims, which led to its eventual extinction.

Known as the deadliest cholera pandemic, the third cholera pandemic spread through Asia, Europe, North America, and Africa which ended up killing more than a million people, making it one of the deadliest diseases in history. In 1854, John Snow, a physician from Britain, found out that contaminated water was indeed the main means of transmission for cholera.

The cholera pandemic fluctuated throughout history, making it hard to overcome. The pandemic would die out only to reemerge once more after a few years at a time. Fortunately, the first cholera vaccine was created in 1885, which prevented drastic increases in cholera cases.

This flu was known to have been a strain of Influenza A virus (H3N8) outbreak, which spread rapidly because of the increased population growth around the world. It was one of the deadliest diseases in history experienced in the 19th century. The strain killed over a million people at its peak. Though the start of the outbreak was in 1889, the virus would reemerge time and time again.

Unlike the previous pandemics, the Russian flu was not as fatal and had a medical treatment that actually worked. Although there was no standard way of treating patients. Medication such as quinine and phenazone were possible treatments, as well as the use of a whisky-brandy mixture. Some have used more inexpensive treatment methods using salt and warm water.

Hong Kong flu was shown to have been caused by an H3N2 Influenza A strain, that affected a wide area of Asia. Reports of the virus were first discovered in Singapore and Vietnam and eventually went to India, the Philippines, Australia, United States, and Europe.

Though this pandemic had a relatively lower mortality rate compared to other outbreaks, the Hong Kong flu was still able to end the lives of millions of individuals. It was even able to kill off around 15% of Hong Kong’s population at the time.

After four months of the pandemic, 9 million vaccine doses were created to eradicate the virus. Although an injection was made to counter it, the virus reemerged in Europe, Japan, and Australia, resulting in a second wave. Currently, it still exists and resurfaces as the seasonal flu, but not much of a large-scale infection unlike before.

The HIV/AIDS pandemic is another one of the deadliest diseases in history that started in the Democratic Republic of Congo. It reached its peak in 2015, but it was first discovered in 1981. Since then, it has killed over 36 million people.

Fortunately, as the pandemic grew, new treatments have emerged to make HIV manageable. From 2005 to 2012, mortality rates decreased from 2.2 million to 1.6 million.

In December 2019, a new virus started emerging in Wuhan, China, which has become known as one of the quickest-spreading pandemics in history. The coronavirus, or COVID-19 for short, was a family of viruses that caused a viral, respiratory syndrome. While it was only an epidemic in China, after a few months, it quickly spread throughout the globe.

Since it was a relatively new virus, no one was immune to it. By the end of March, 500,000 people were already infected. Since it was sudden, the pandemic ended the lives of around 4 million deaths worldwide.

As a way to overcome it, people have started doing the necessary precautions to prevent it such as following lockdown protocols, proper hygiene, and closing of businesses – all of which have become mandatory. As of 2020, vaccines from multiple companies have emerged and distributed around the world.

The deadliest diseases in history have taken the lives of millions, but thanks to medical advancements, more lives are being saved. Should a vaccine be made available, take them to avoid severe complications and even death. Talk to your doctor for available vaccines and treatments.

Outbreak: 10 Of The Worst Pandemics In History, https://www.mphonline.org/worst-pandemics-in-history/ Accessed July 18, 2021

The Black Death & The Plague of Justinian, https://www.oneonta.edu/academics/research/PDFs/SRCA2016-Martorell.pdf Accessed July 18, 2021

Important Facts About the Polio Outbreak in the Philippines