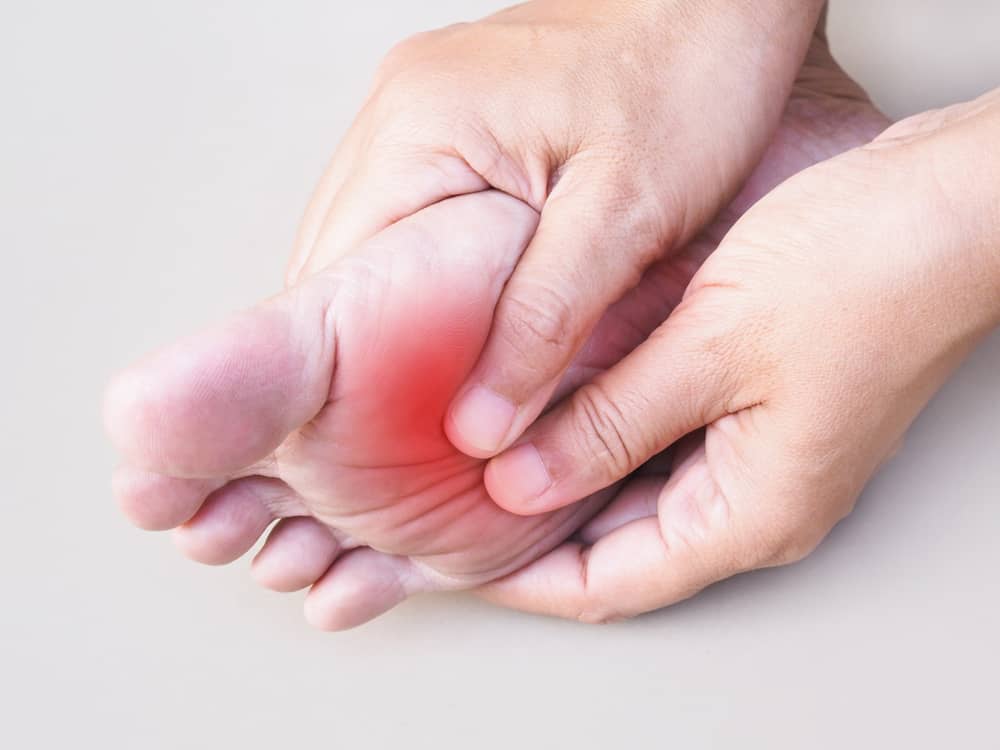 Diabetic neuropathy refers to a type of nerve damage that can take place when you have diabetes. High blood sugar levels can harm the nerves throughout the body, but it primarily affects the nerves in your hands and feet. This nerve damage can result in a variety of health issues, ranging from mild numbness to extreme pain. This can make it difficult for the patient to perform daily tasks.

Diabetes can cause neuropathy in anyone. However, the following risk factors make a person more likely to suffer from diabetic neuropathy:

Want to Check Your BMI? Use Our BMI Calculator Below:

What Are the Different Types of Diabetic Neuropathy and Their Respective Symptoms?

Nerve damage can be classified into four different types and you may experience multiple types. Symptoms may vary depending on the type of nerve damage and what nerves are getting affected.

This is the most prevalent type of diabetic neuropathy wherein it first affects the feet and legs with some tingling sensation. Some people may also describe it as feeling “pins and needles.” Afterwhich, the sensation gets to the hands and arms as well.

This condition is otherwise known as distal symmetric peripheral neuropathy which signs and symptoms are worse at night including:

You may be unaware of pressure or injuries that cause blisters or sores, that can cause infections, unhealed sores, or ulcers. There are also some cases when amputation is necessary to remove it.

This type refers to nerve damage from the nerves that control your internal organs for automatic functioning. It can impair your heart rate and blood pressure, as well as your digestive system, bladder, sex organs, sweat glands, and even your eyes.

As a result, diabetes can damage nerves in any of these areas, potentially resulting in the following symptoms:

Proximal neuropathy, also known as diabetic amyotrophy, is a relatively rare type of diabetic neuropathy that affects about 1% of type 2 diabetes patients. It primarily affects older adults, but it can also strike those with newly diagnosed or well-controlled diabetes.

It commonly affects nerves in the thighs, hips, buttocks, or legs. But, it can also have an impact on the abdomen and chest.

Symptoms typically manifest only on part of the body, but they can extend to the opposite. Some of which include:

As the name goes, mononeuropathy, or focal neuropathy, refers to damage to a specific nerve, which can be classified into two types: either cranial or peripheral. Thus, symptoms may vary according to the affected nerve. It usually takes place in the hand, head, torso, or leg, which may cause pain and discomfort in respective parts.

Prevention and Management for Diabetic Neuropathy

Like any other diabetes complication, it is essential that you control your blood glucose, blood pressure, and even cholesterol levels.

Furthermore, it would also help to follow these steps to prevent nerve damage due to diabetes:

Diabetic neuropathy is a severe diabetes complication that affects up to half of all diabetics. However, with consistent blood sugar management and a healthy lifestyle, you can often prevent or slow down its progression.

Symptoms of nerve damage usually appear gradually, so it is critical to recognize them early so you can act to prevent them from worsening.

12 Early Signs of Diabetes To Watch Out For

Some People May Develop Diabetes After Having COVID-19 - Studies