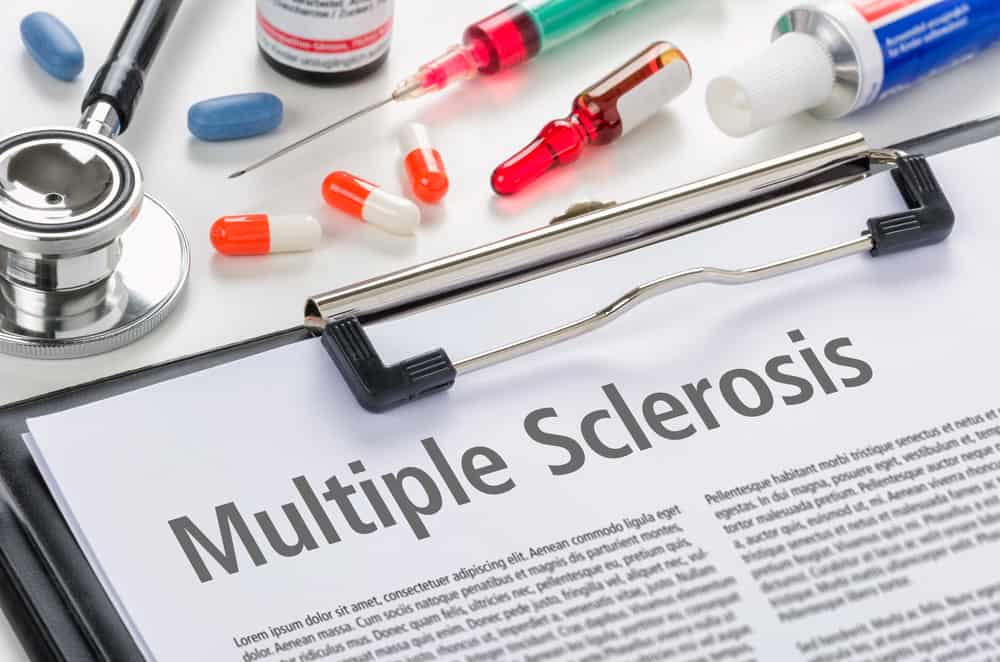 Multiple sclerosis is an autoimmune disease wherein the immune system attacks the protective layer of the brain cells and spinal cord. This layer, known as the myelin sheath, also speeds up impulse transmission from the brain to the rest of the body.

Like other autoimmune diseases, the treatment aims to suppress the immune response and slow down damage. There are many symptoms of MS, some of which include fatigue, weakness, tremors, hearing loss, bladder dysfunction, and breathing problems.

Multiple sclerosis can be relapsing-remitting, progressive, or progressive-remitting. Remitting means that symptoms go away, while relapsing means the symptoms come back. Progression means that the disease symptoms get worse over time. Treatment depends on the diagnosis. Because MS is a chronic disease, treatment is long-term, oftentimes lifelong.

Medications for MS treatment and interventions

Glucocorticosteroids treat the initial attack or short exacerbations. Exacerbation happens when a patient encounters a trigger or stress that worsens symptoms. Steroids work by suppressing the immune system response which reduces the severity and duration of the attack.

Examples of corticosteroids used in MS are methylprednisolone, dexamethasone, and prednisone. One treatment approach is to give patients 500mg to 1g of intravenous methylprednisolone per day for 3 to 5 days. This may be followed-up with tapering doses of oral prednisone starting at 60 to 80 mg per day, and gradually reduced over 2 weeks.

Steroid treatment of acute attacks in MS treatment and interventions is generally short-term. Prolonged use of steroids can cause unwanted side effects such as decreased immunity, water-retention, weight gain, and osteoporosis.

Disease-modifying drugs (DMDs) are mainly used in patients with relapsing forms of MS. In some cases, DMDs can be used to treat SPMS. This is due to overlapping symptoms.

Examples of DMDs are interferon-β, glatiramer acetate, monoclonal antibodies, and fingolimod. These drugs have different mechanisms but all work by altering the response of the immune system. Some of the cells in the immune system that are targeted by these drugs include T cells, APCs, and macrophages.

By modifying receptor binding DMDs reduce the autoimmune response toward the myelin. This slows down the destruction of the myelin, preventing the worsening of symptoms like weakness and spasms.

Natalizumab is a monoclonal antibody. It is an IV infusion drug. Long-term use of natalizumab may carry the risk of developing progressive multifocal leukoencephalopathy (PML). It is a life-threatening condition resulting from infection by the John Cunningham (JC) virus.

For symptoms of ataxia or tremors, clonazepam, primidone, propranolol, or ondansetron may help. Potassium channel blocker like 4-aminopyridine can help relieve weakness.

Use phenytoin, gabapentin, tricyclic antidepressants, or mexiletine to treat pain. Additionally, NSAIDs like ibuprofen or paracetamol are not effective for the type of pain associated with MS.

To help with the medical treatment of MS and slow its progression, it’s best to consider some lifestyle changes as well. Thus, maintaining your overall health will improve your chances of remission and risk of infection.

While taking corticosteroids, patients should have a low-salt and potassium-rich diet. If a MS patient needs diuretics, potassium-sparing diuretics should be used.

An alternative MS treatment and intervention is plasma exchange or plasmapheresis. This treatment may be considered if the patient is unresponsive to steroids. However, plasma exchange can be expensive and is only available at limited hospitals in the Philippines.

Maintaining a healthy diet is important for people with MS. People with MS can experience gastrointestinal problems like dyspepsia and constipation. Eating a balanced diet that is low in fat and higher in fiber can help with these problems. Avoid consuming caffeine and alcohol.

Exercise should be done as tolerated. This may be hard for some patients with more advanced disease, but regular movement and stretching can improve muscle spasms. MS patients should have physical therapy.

On a final note, it is important to remember that there is still no cure for multiple sclerosis. Despite this, there are numerous MS treatments and interventions available that can improve a patient’s quality of life. Above all, consult with your doctor to determine the best treatment plan for you.