Can PCOS Cause Hot Flashes or Is This Menopause? 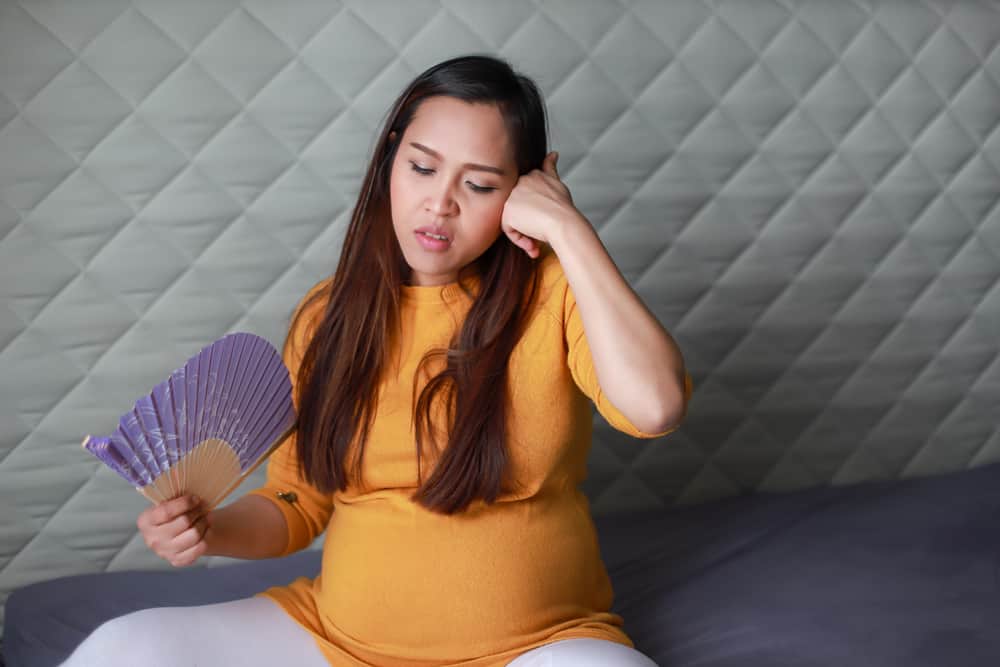 PCOS, or polycystic ovarian syndrome, is a very prevalent condition that affects 4% to 12% of women of reproductive age. Despite the high prevalence of PCOS, confusion regarding the nature of it and the different effects it can lead to still prevail. One of these is its relationship with menopause. PCOS and menopause have been linked due to the fact that both relate to changes in sex hormones. This begs the question, what’s the relationship between PCOS and menopause? Can PCOS cause hot flashes?

Women typically spend the latter third of their lives in menopause. Throughout this period, a variety of symptoms can be observed. These symptoms are caused by changes in sex hormone levels and aging.

The menopausal transition precedes menopause by several years and is usually characterized by irregularity of the menstrual cycle and by hot flashes.

How Does PCOS Affect Menopause?

The occurrence of ANM (age at natural menopause) is a fairly common occurrence. The time of natural menopause has been linked to a number of conditions, including chronic disorders. Polycystic ovarian syndrome (PCOS) is one of these factors. Women with PCOS experience a two-year delay in menopause. Anti-Müllerian hormone (AMH) concentrations in PCOS-affected women have been found to be higher than in women who do not have PCOS, suggesting that AMH concentration could be a sign of extended fertility in these people.

How Does Menopause Affect PCOS?

With age, most women experience increased insulin resistance and weight gain, especially as they approach menopause. As a result, it was discovered that after menopause begins, metabolic problems in women with PCOS worsen.

In postmenopausal women with PCOS, the prevalence of hypertension is even higher. This is due to the fact that when ovulation stops, overall cholesterol and cardiovascular risk rise. Despite the fact that menopause has an influence on PCOS due to the reduction in hormones, it is not a cure for hormonal imbalance.

As a result, menopause cannot cure PCOS. This means that symptoms of PCOS may still occur beyond menopause. Long-term exposure to increased androgen levels can result in abundant facial and body hair, hair loss, and even baldness that lasts through menopause. Can PCOS cause hot flashes though?

Is It PCOS or Menopause?

PCOS affects women differently. Some symptoms are prevalent in others, while some are not. Likewise, some women whose menopause began also display certain symptoms that others may not experience. Some of the same symptoms that occur in people with PCOS also occur during menopause. As a result, distinguishing the two disorders can be challenging, especially if a patient only develops symptoms of PCOS in her 40s. The following are some of these symptoms:

The length of time between periods may be longer or shorter as ovulation becomes more unpredictable. This means that flow may be light to heavy, and may result in some cycles being skipped. Early perimenopause is experienced if the length of the menstrual cycle consistently changes by seven days or more. Late perimenopause happens if periods are 60 days or longer between them.

During the period leading up to menopause, some women may gain weight. This is due to a decline in estrogen levels, as well as lifestyle factors such as lack of activity and the loss of muscular tissue that occurs as a result of aging.

PCOS, on the other hand, causes weight gain because it makes it difficult for the body to use the hormone insulin, which is responsible for converting sugars and starches from meals into energy. This can lead to a build-up of insulin and sugar in the bloodstream, leading to weight gain.

Mood swings, irritability, and an increased risk of depression can occur during perimenopause, which is the interval between menopause and menopause. Sleep interruption caused by hot flashes could be the source of these symptoms. Mood swings can also be induced by circumstances unrelated to perimenopause’s hormonal changes. PCOS, on the other hand, can cause mood fluctuations as a result of hormonal imbalance.

Women whose menopause began may notice an increase in hair growth. This is because, although estrogen levels drop as women approach menopause, testosterone levels remain unchanged. PCOS, on the other hand, causes excessive hair growth due to the presence of male hormones that stimulate it.

Can PCOS Cause Hot Flashes?

Higher menopausal age but no differences in parity in women with polycystic ovary syndrome compared with controls, https://obgyn.onlinelibrary.wiley.com/doi/pdf/10.1111/aogs.13489 Accessed July 14, 2021