Sodium Test: Why and How Is It Done? 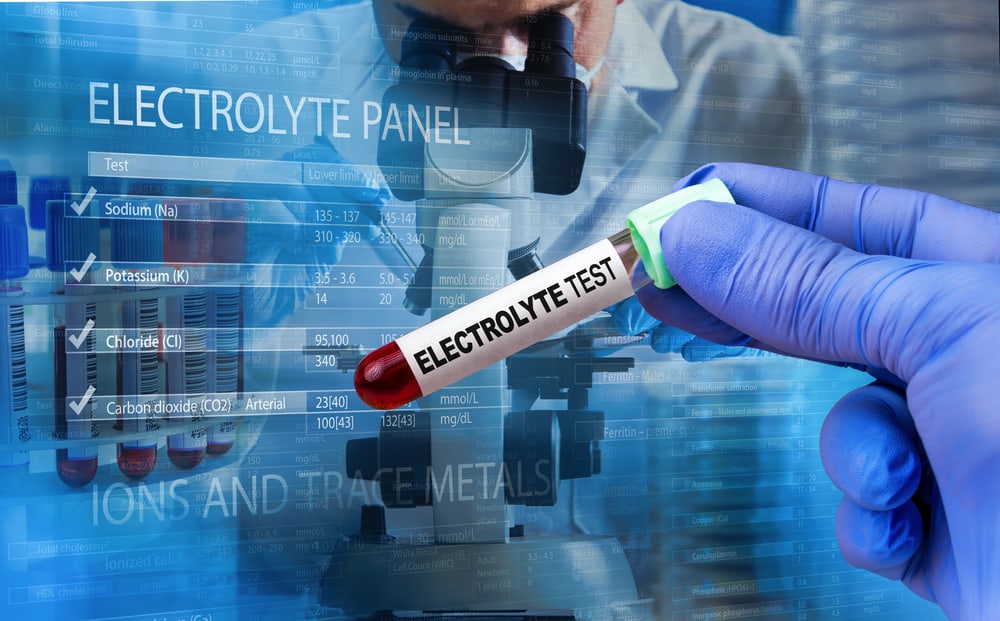 A sodium test, also referred to as Na blood test, analyzes the level of sodium in the human blood and urine.

Sodium, being an electrolyte, carries electrically charged minerals. These maintain and balance the levels of fluids and chemicals in the body. Sodium enables cells to function smoothly and helps manage the fluid. It also adds flexibility to the muscles and nerves throughout the body.

Your body receives most of the sodium from your diet. When the body receives enough sodium, the kidney flushes out the rest along with urine.

When the content of sodium in your blood is higher or lower than the ideal limits, it may indicate that your kidneys are malfunctioning. Or it can be a sign of dehydration or some other health condition.

Why Is a Sodium Test Done?

A sodium test is usually a part of a blood test known as the electrolyte panel. This evaluates the level of sodium, along with other electrolytes like:

You may be advised to take a sodium (Na) test as a part of the routine checkup or when your doctor suspects that you may have symptoms of low sodium (hyponatremia), or high sodium (hypernatremia), or the presence of other conditions like:

Let’s take a look at the symptoms of hyponatremia or low sodium:

Below are the symptoms of hypernatremia or high sodium:

Some other symptoms related to changes in sodium levels include:

Prerequisites of a Sodium Test

There is usually no preparation required before undertaking a sodium test or electrolyte panel. However, your doctor may advise you against taking certain medications temporarily. Examples of these are: antidepressants, antibiotics, high blood pressure medications.

In case you have been recommended other tests as well, you may have to fast or keep from drinking water a few hours before the tests, as specified by your medical consultant. They will also inform you about other regulations, if there are any.

Normal sodium levels are generally considered to be between 136 and 145 millimoles per liter (mmol/L). Blood sodium levels of less than 136 mmol/L may imply that you may be suffering from hyponatremia or low blood sodium.

Below are possible causes of higher than normal sodium levels:

Below are possible causes of low sodium levels:

These symptoms are rough indicators of low and high levels of sodium in blood and urine. However, such results do not automatically confirm the medical conditions listed above. There are several factors that may also be the reason behind false-positive results. These are as follows:

Some non-medical factors are as follows:

How Often Should You Have a Sodium Test?

As discussed earlier, sodium levels lower or higher than the normal range does not necessarily indicate hyponatremia or hypernatremia. In cases where the blood test results are not conclusive or your doctor has doubts regarding the accuracy of the result, the doctor may advise you to undertake the Na blood test again or some other blood tests to diagnose your medical condition. A repeat of the Na blood test would enable them to compare the results with the previous test and observe irregularities or fallacies, if any.

If the test is done to monitor certain health conditions, the doctor may advise repeating the test at regular intervals.

A medical professional draws blood with a needle from one of the veins of the back of the hand or the inner elbow. This blood sample is collected in the vial or test tube of an injection. In most cases, they will wrap an elastic band around the arm to make the veins swell and hence become more visible. This makes it easier for them to select a vein to puncture and draw blood from it. You may feel a slight sting during needle insertion. After collecting the blood, the doctor or technician will untie the arm and then cover the puncture site with a bandage to prevent bruises and the possibility of an infection.

Hypernatremia (High Level of Sodium in the Blood) https://www.msdmanuals.com/home/hormonal-and-metabolic-disorders/electrolyte-balance/hypernatremia-high-level-of-sodium-in-the-blood Accessed on 20/01/2020

Kidney Stone Diet: What You Should And Shouldn’t Eat