5 Common Skin Infections and How to Manage Them 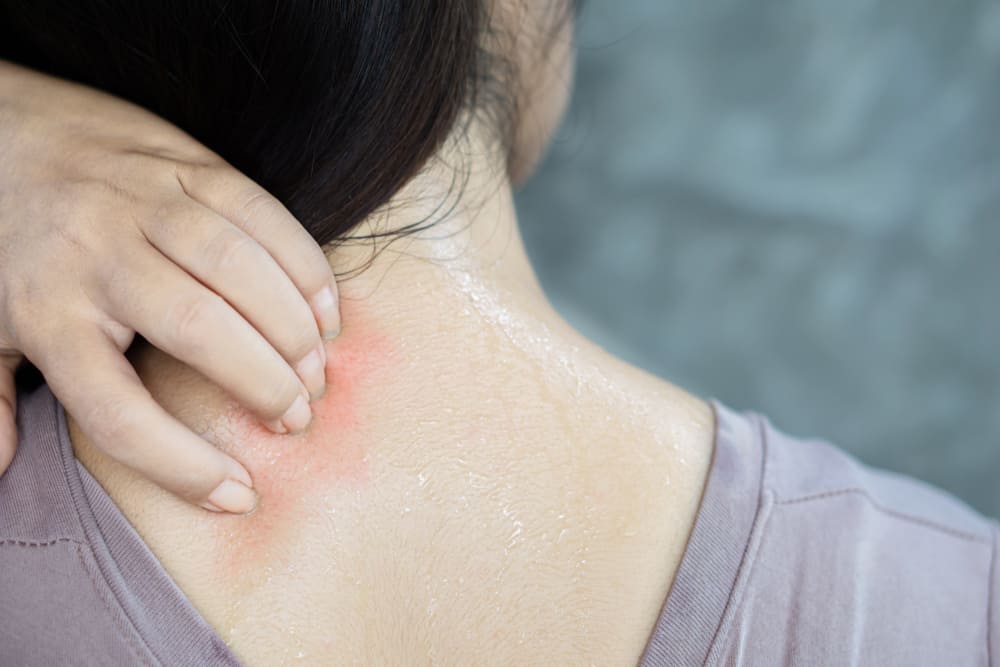 When a microorganism goes inside a person’s body then causes harm, it is called an infection. If you are wondering about common skin infections in the Philippines, here are some fast facts about the types along with skin infection causes and treatment.

Before we discuss skin infection causes and treatment, it helps to first define its possible types.

The microorganism enters the body to use it as a host and to reproduce and colonize to create an infection. Infectious microscopic organisms are called pathogens. Some examples of pathogens can include:

If you get an infection from a virus, then you may have a viral infection. Researchers identified around 5,000 types of viruses, but there is a good chance that there could be millions.

An example of a viral skin infection is herpes. Herpes can create open sores, which are called ulcers, and can create blisters in the genital area.

A fungus is usually a multicellular parasite. It uses an enzyme to decompose and absorb most organic matter. Although, there are single-celled types, such as yeast.

Single-celled microorganisms called prokaryotes are bacteria. Most of the “good” bacteria can attack the “bad” bacteria to prevent sickness.

However, certain bacteria can still cause diseases, such as skin infections. Some examples can include folliculitis, cellulitis, furuncles, etc.

Symptoms of an Infection

The symptoms of a viral skin infection can vary based on what type of viral infection you have. The appearance of rashes is a very common symptom, but since most skin lesions are overlapping and non-specific, a doctor should best judge these in the context of history and physical exam.

Although it can come in other forms. For instance, spots or small bumps can appear in the mouth, on the lips, on the soles of the feet, and inside the mouth for hand, foot, and mouth disease.

Like with the other infections, the symptoms will depend on the site of infection. For example, cellulitis causes a red, painful infection.

Boils are another example of a bacterial skin infection begin in the hair follicles. They are often painful and pus-filled.

A common symptom of a fungal skin infection can include skin changes, such as red or potentially peeling or cracking skin. Additionally, itching is another common symptom.

As mentioned earlier, pathogens cause infections. The type of pathogen will also determine how an infection spreads. For instance, you can get a viral skin infection by touching someone else.

Please note that the mechanism of spread differs for each pathogen.

Common Types of Skin Infection: Causes and Treatment in the Philippines

Believe it or not, acne is a bacterial skin infection. However, not all acne bacteria will create acne. Additionally, the frequency and severity of acne may depend on the strain of bacteria.

Candida, or yeast, is a fungus that practically lives anywhere, and that includes in your body. While your immune system can keep the yeast under control, if it becomes weak then you could get an infection. Here’s how to tell if you have a yeast infection.

Despite the name, ringworm is caused by a fungus and not a worm. However, the infection creates a lesion on the skin that looks like a worm in a ring shape.

Both animals and humans can get ringworm infections. Typically, the first sign of this infection is red patches on the skin’s affected areas and it could spread throughout the body. Learn more about ringworm here.

Warts are viral skin infections. Some examples of warts can include flat warts, common warts, genital warts, and plantar warts.

A common fungal skin infection is athlete’s foot. It typically creates scaling, cracked, burning, and itching skin in the part between your toes. It is caused by the fungi but damp environments predispose its development.

Who Is More At Risk of Getting a Skin Infection?

Some people can be more at risk of getting a skin infection than others. Some things that could put you at higher risk can include:

How To Treat a Skin Infection

Treatment depends on what your infection is and how severe it is. However, minor skin infections resolve spontaneously.

Although antibiotics prescribed by a doctor can treat bacterial skin infections, certain strains can survive treatment. So it is important to follow-up, even when it seems that treatment is not working.

A doctor may give you antifungal medication to deal with a fungal skin infection, which can either keep the fungi from growing or eliminate it altogether.

How to Prevent an Infection

There is no single way you can avoid all infectious diseases. However, following a few steps could reduce your risk.

When You Should See a Doctor

While some skin infections can be minor and could be treated at home, some symptoms could mean you need medical attention.

Learning more about skin infections can help you learn how to treat and prevent getting them again.

Infectious agents and how they cause disease https://www.ncbi.nlm.nih.gov/books/NBK27114/ Accessed June 20, 2020

Why antibiotics can’t be used to treat your cold or flu https://www.health.qld.gov.au/news-events/news/antibiotics-viruses-cold-flu Accessed June 20, 2020