The Male Contraceptive Pill: Developments and the future 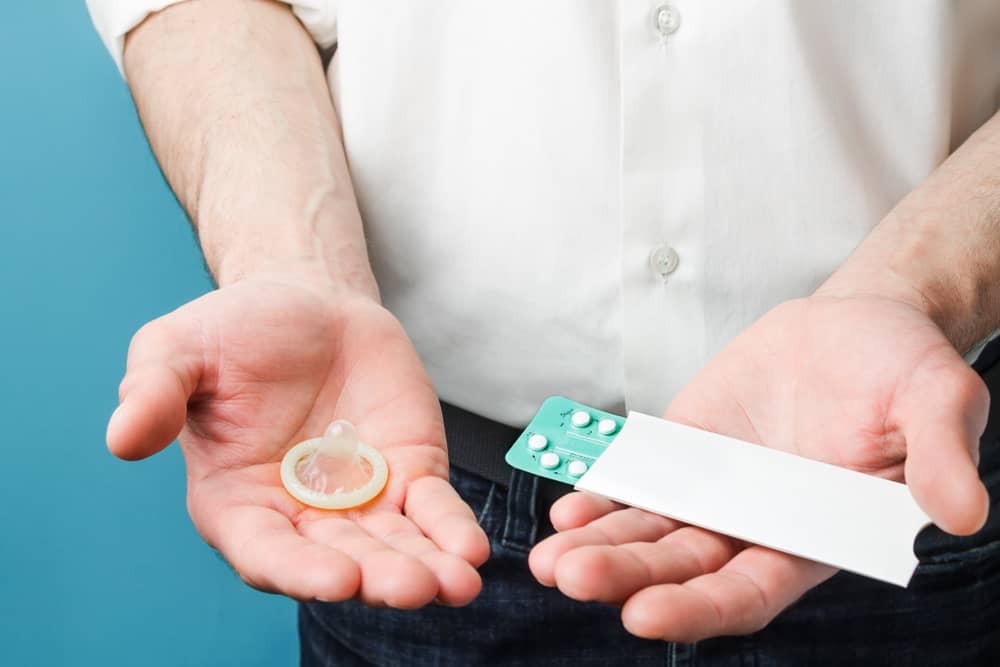 Male contraceptive pill and other options

Male contraception is a relatively new method, compared to the wide range of options that are designed for women. While there has been a number of research into a male contraceptive pill, they are still not available to the market.

Unfortunately, women carry mostly the burden of contraception and this unfairly puts them through financial, health-related, and social stresses.

And despite the numerous advances in contraceptive options for women over the last 50 years, the global population still continues to grow faster every year.

What are the methods of male contraception available?

Currently, there are only 2 contraceptive methods designed for men. There are condoms that act as a barrier to stop sperm from reaching and fertilizing an egg.

The other is a vasectomy, which is a permanent surgical procedure that stops sperm from reaching the semen during ejaculation.

It may take several years before a safe, effective, and reversible method of male contraception is made available. But researchers are nonetheless optimistic.

What are the different scientific efforts made on male contraception?

There has been a continuous effort in creating an effective male contraceptive pill that ideally suppresses sperm production. There have been reports of potential hormonal pills for men. But these have several possible side effects such as testis shrinkage, loss of sex drive, and weight gain.

A current alternative to male contraceptive pills are contraceptive injections. These are still on trial in Australia and are still not available to the public. Studies have shown that a combination of the hormones testosterone and progesterone may be a safe and effective contraceptive method in the future.

This method is still young and still comes with side effects such as acne, night sweats, weight gain, and lowered sex drive. They also did not give protection from STIs and took a long time to work and wear off.

A group of scientists from the US and China recently discovered a compound called triptonide, purified from a Chinese herb Tripterygium Wilfordii Hook F, which is said to cause infertility in patients. The researchers found that the compound, upon testing on mice and monkeys, caused sperm to deform and thus not viable for fertilization. The compound also did not prove to be toxic and did not have any side effects.

Triptonide interacts and binds with a protein called Junction Plaglobin (JUP), which is essential in the development of sperm cells. Triptonide disrupts the JUP, resulting in a defect in the final produced sperm cell. This mechanism by triptonide opened up new possibilities in developing male contraceptives.

Instead of suppressing sperm production, disrupting it and creating unviable sperm may be a viable method in creating future male contraceptive pills. This compound is still being tested on mice and it is still not confirmed whether this could be effective and safe for humans.

The future of male contraception

There have been a lot of clinical research efforts done recently on hormonally based male contraceptives. These efforts have demonstrated about 90-95% efficacy rates. Other challenges that hinder it are regulatory obstacles and limited delivery methods.

There are also non-hormonal methods that target the movement of sperm, and these are the more attractive solutions. Studies on genes and proteins still continue to identify potential targets for this approach, and will likely begin clinical trials in the near future.

The most important thing when choosing male contraception is to have access to accurate medical and scientific information. Always talk it over with your doctor and your partner to find the best solution that will fit your lifestyle.

What is the male pill?, https://www.nhs.uk/conditions/contraception/male-pill/ Accessed September 9, 2021

A Potential Male Oral Birth Control Pill may be on the Horizon, https://sitn.hms.harvard.edu/flash/2021/a-potential-male-oral-birth-control-pill-may-be-on-the-horizon/ Accessed September 9, 2021