The Meaning of Nasal Discharge Colors 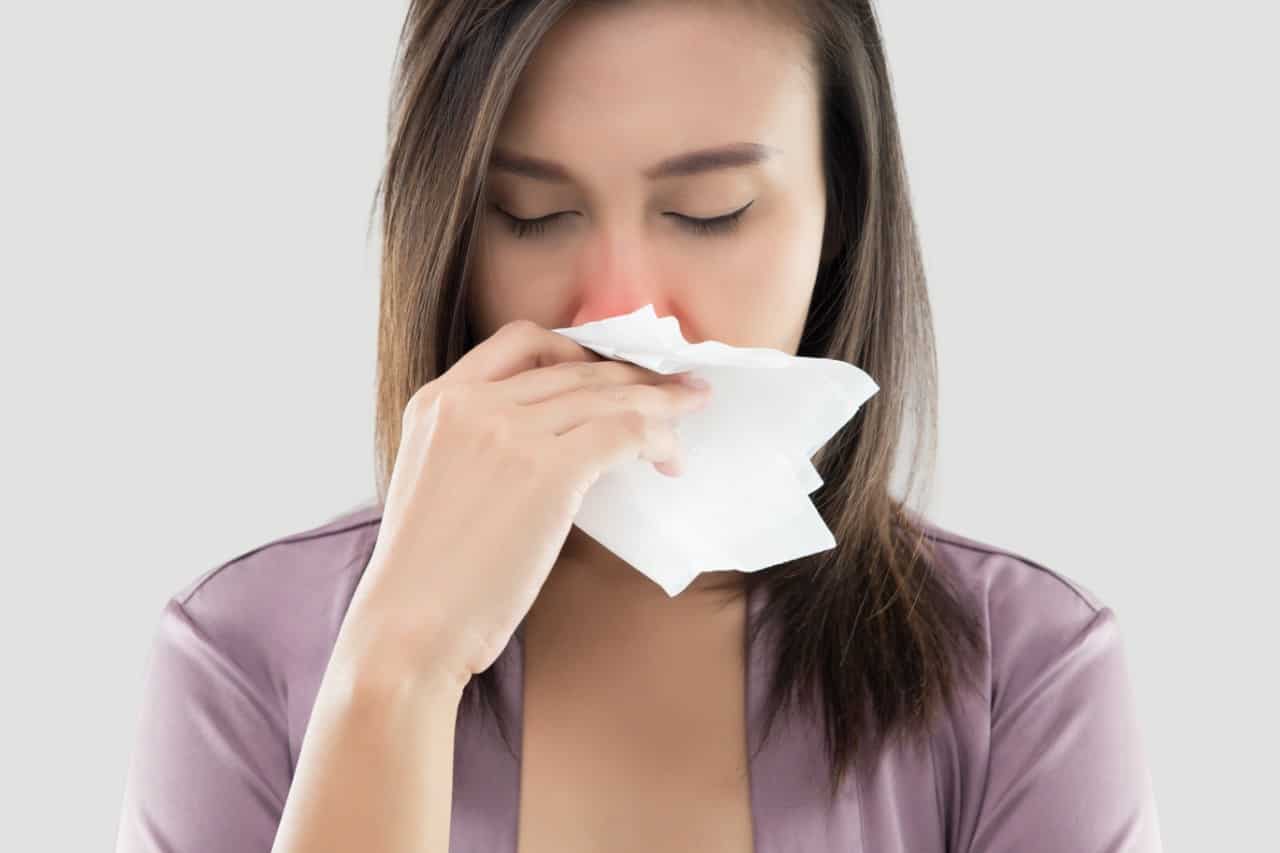 Lung Health: Everything You Need to Know

What is Nasal Discharge?

You often call mucus, “snot”, when it’s from the nose, or “phlegm”, when it’s thicker and produced by the lungs or the upper respiratory tract.

When you’re not suffering from productive cough, runny nose, or any other condition that causes you to produce phlegm or snot, you may think that you don’t have mucus in your body.

However, that’s not the case. According to medical experts, we have a lot of mucus.

In fact, the nasal and sinus linings produce at least a liter of mucus daily!

Mucus is a type of viscous liquid that our body produces to line cavities or cover the internal organs.

The Role of Nasal Discharge

Nasal discharge is a type of mucus, which basically does the following.

Depending on where it’s located, mucus can serve other purposes as well.

For instance, in the digestive tract, it aids the passage of food down the esophagus.

Under normal circumstances, you wouldn’t notice that you’re producing mucus, as most of it will trickle down your throat anyway.

But when you’re sick, you may note that you have thicker mucus—and in copious amounts.

This happens so that you can have more white blood cells, antibodies, and enzymes to repel the pathogens.

While it’s quite bothersome, the amount of mucus increases and its consistency changes, so it can effectively protect us.

But, what does it mean to have a clear, yellow, or green discharge?

Here’s what you need to know about the meaning of nasal discharge colors.

Medical experts consider this as healthy or normal. It’s made up of water, proteins called mucin, salts, and antibodies.

Usually, you wouldn’t detect a clear nasal discharge unless you produce a lot of it.

If you observe that you have more clear nasal discharge than normal, it could be an indication of allergies from things like dog fur, dust mites, and pollen.

The increase in the amount of clear nasal discharge is the body’s way to expel or get rid of the irritating particle.

What’s the meaning behind a white nasal discharge color?

Like the clear nasal discharge, white or cloudy nasal mucus is generally nothing to worry about.

You might see white snot when you’re feeling “stuffy”.

Experts explain that when the airway passages become inflamed, possibly due to a viral infection, the amount of water in the nasal discharge decreases, making it thicker and white or cloudy-looking. As usual, this is the body’s way to expel the pathogen.

Hence, if you notice that you have white nasal discharge, it probably means that you’re suffering from a common cold.

But, besides common cold, other conditions, such as asthma and allergies might also lead to white or cloudy snot.

Many reports say that a yellow or green nasal discharge means you have a bacterial infection.

However, doctors clarify that’s not always the case.

While it’s true that a yellow or green nasal discharge often indicates an infection, you couldn’t tell whether it’s bacterial or viral just by merely observing its color.

What’s clear is that your snot turns yellow or green because your body is fighting off an infection, probably a sinus infection.

You see, in the presence of an infection, immune cells, such as the white blood cells, rush in to expel the pathogen. After they’ve done their job, they get disposed of in the snot, tingeing it yellow or green.

What’s the meaning behind a red or pink nasal discharge?

Blood would turn your nasal discharge pink or red. Often, it happens after a trauma to the nose, or when you’re blowing your nose too hard.

However, please note that if you have a consistent experience with pink or red nasal discharge, especially if you’re a smoker, it’s best to talk to your doctor. Persistent bloody snot could mean that you have an underlying respiratory condition like nasal tuberculosis.

You might find it a little concerning to find brown or orange snot, but don’t panic right away.

Medical experts say that when blood ages, its color changes to brown. Hence, brown or orange snot might be an indication of prior bleeding.

In some cases, brown or orange discharge doesn’t mean anything other than you inhaled a significant amount of pollution, such as cigarette smoke.

Just like having brown or orange nasal discharge, black snot could mean that you inhaled dirt.

However, in rare instances, it could be also a sign of a serious fungal infection. This is especially true for people with compromised immunity.

Natural Techniques to Cleanse The Lungs

Learning about the meaning behind nasal discharge colors is a good way to be more aware of what’s happening in your body. However, please note that snot color is by no means a reliable way to diagnose your condition.

If you notice a concerning change in your nasal discharge (consistency, amount, color), go to your doctor, so they can properly assess you and provide treatment.

Mayo Clinic Q and A: Nasal mucus color — what does it mean?
https://newsnetwork.mayoclinic.org/discussion/mayo-clinic-q-and-a-nasal-mucus-color-what-does-it-mean/#:~:text=During%20a%20common%20cold%2C%20nasal,the%20enzymes%20these%20cells%20produce.
Accessed October 15, 2020

What does the color of phlegm mean?
https://wexnermedical.osu.edu/blog/what-does-the-color-of-your-phlegm-mean
Accessed October 15, 2020

Yuck! My Snot Is Green: A Look at What Your Mucus Says About Your Health
https://www.pennmedicine.org/updates/blogs/health-and-wellness/2020/march/what-your-nasal-discharge-says-about-your-health
Accessed October 15, 2020

What Is Mucus? Surprising Facts About Your Phlegm
https://share.upmc.com/2018/01/mucus-surprising-facts-boogers/
Accessed October 15, 2020

Tuberculosis Treatment in the Philippines: What You Need to Know