Signs and Symptoms of an Asthma Attack 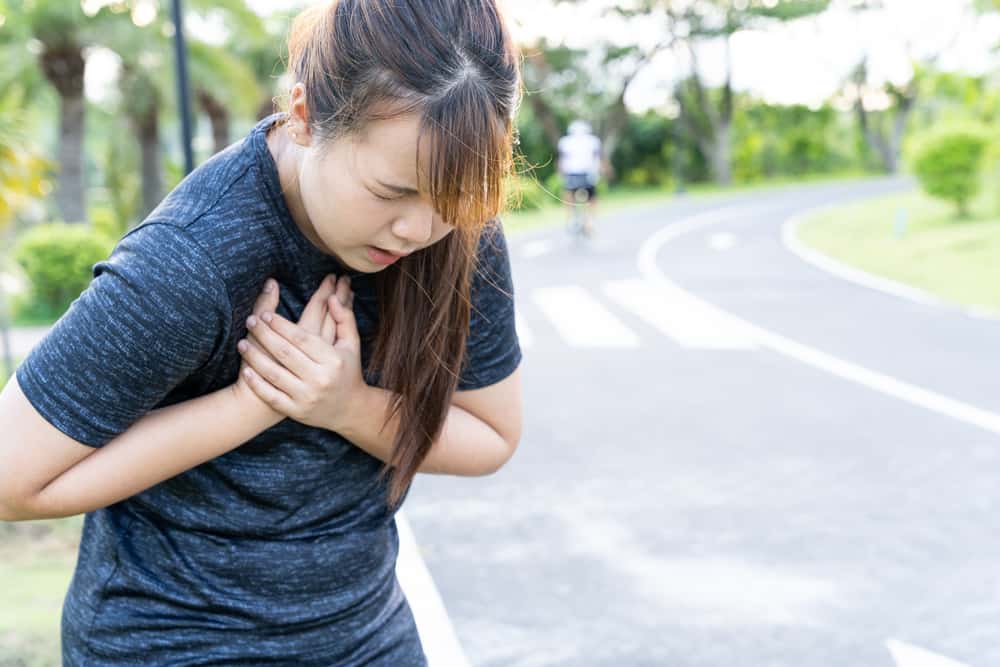 There are about 6 million people in the Philippines who are suffering from asthma. And a majority of these experience symptoms early on in life. This is why it’s important to know how to spot the signs of an asthma attack.

Asthma is a long-term respiratory disease that attacks the airways, which serve as the passageways of air in and out of the lungs.

When a person develops asthma, it means that their airways became smaller and irritated. Because of the irritation of the airways, their immediate reflex is to produce mucus (phlegm) which will pile up along the airways.

Later on, these can causes a blockage, making it difficult for air to pass through the airways.

This makes it difficult for a person to breathe.

An asthma attack happens when the airways are triggered to produce more phlegm, making it more difficult for air to pass through.

Simply put, an asthma attack is a worsening of asthma symptoms that occurs after exposure to factors known as triggers.

But how would people know if what they are feeling is just an asthma symptom or already an asthma attack?

Worry no more, because the most common signs and symptoms of an asthma attack will be discussed below.

What are the Signs of an Asthma Attack?

The following signs and symptoms are indications of an asthma attack.

During an asthma attack, more mucus, which is commonly known as phlegm, is produced by the airways. This leads to a blockage in the respiratory airways, making it more difficult for air to pass through.

Because only a small amount of air makes it through the airways, a more intense wheezing sound is produced.

The body’s reflex when lots of mucus are produced in the respiratory airways is to get it out. And this triggers coughing.

When an asthma attack is happening, more phlegm is produced in the airways. This is why more intense coughing happens than usual and it won’t stop for a short time.

Because of the intense coughing, which often persists for a long time, chest pain is also another sign of an asthma attack.

Chest discomfort can also be due to the smaller amount of air getting in and out of the lungs than usual because of the bunch of phlegm produced in the respiratory airways.

This symptom happens because of the little amount of air getting into and out of the lungs making it really difficult for a person to breathe.

The person experiencing an asthma attack will find it difficult to catch his or her breath. He or she might even feel breathless and suffocating during an attack.

The person may even assume a tripod position, wherein one sits or stands, leaning forward while supporting the upper body with hands on the knees or on another surface.

This is a sign that the person has a hard time breathing, or is in distress.

Of course, it would be very difficult for a person suffering from an asthma attack to speak due to breathlessness.

This is why someone suffering from an asthma attack may find it difficult to communicate. But the inability to speak, itself, can already be telling.

During an asthma attack, the flow of oxygen and carbon dioxide into and out of the body is disrupted – the oxygen coming into the lungs isn’t enough because air could barely pass through the respiratory airways.

Because of the lack of oxygen flowing into the blood, the color of the skin tends to change.

This explanation also justifies why the color of the lips becomes darker, or even blue, when a person is suffering from an asthma attack.

Asthma attacks often go together with panic attacks. This happens because people experiencing an asthma attack feel breathless. They experience a feeling as if they are suffocating.

What’s more, an asthma attack, or gasping for air, can trigger even more fear and panic.

When to See a Doctor

Make sure to listen to a medical expert about what you should do in order to treat your condition and prevent asthma attacks from happening in the future.

Make sure to have prescribed medications handy. And to always be prepared in case of an emergency.

During an actual asthma attack, call the nearest hospital or emergency services.

If you do not have asthma and witnessed a person having an asthma attack, act responsibly – do not huddle around the person because he or she might feel more suffocated, make sure to call the nearest hospital in case the attack becomes more severe.

Unfortunately, the occurrence of asthma attacks could not be prevented because you have asthma, but you could change the frequency of how much it happens – lessen it. Be aware of everything affiliated with your disease.

Also, share the information you know to other people like you – suffering from asthma or even if you don’t have asthma, share this information with others – you can even save a life.

Lagundi as Herbal Medicine for Cough and Asthma