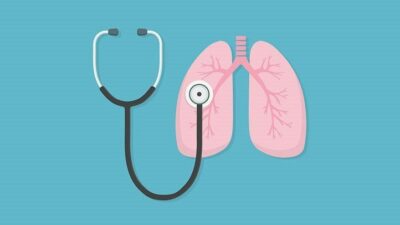 Asthma shares symptoms with various other breathing conditions. These conditions often end up being sidelined or not properly treated, especially if the correct diagnosis is not made. Therefore, it is essential to get medically tested to determine what your condition is. There are plenty of diseases that mimic asthma. In this article, we will talk about some of those asthma mimics as well as the asthma symptoms you need to watch out for.

Please note that is is important to consult a doctor before self-diagnosing or self-medicating.

Asthma mimics: What is asthma, its causes, and symptoms?

Asthma is a condition that involves inflamed airways. When these airways become swollen, the muscles around them also tighten. Asthma results in excess production of mucus in your lungs, which consequently leads to breathlessness, wheezing, coughing, etc.

There are some factors that may make you more prone to asthma. These include:

Common symptoms of asthma include:

The above-mentioned symptoms, however, aren’t limited to asthma.

Here are some health conditions that mimic asthma:

This asthma mimic is short for chronic obstructive pulmonary disease. It is an umbrella term for lung diseases like chronic bronchitis or emphysema. The most common reason for getting COPD is smoking.

This is a condition that arises from inflammation or swelling of the tissue lining the sinuses. Sinuses can become blocked, leading to germ growth, and result in an infection. Because of this, sinusitis is often mistaken for asthma. However, sinusitis and asthma do tend to coexist.

The third in the list of asthma mimics, this is a heart condition in which inadequate pumping by the heart leads to fluid buildup in the lungs. Breathlessness and inability to exercise may occur.

This happens when during a lung disease there is an injury to the airway walls. This can be due to repeated infection in the airways that causes you to cough excessively.

This is a serious condition wherein gland enlargement or a tumor can cause airflow blockage.

This condition occurs due to insufficient blood flow to the heart muscle tissues, which usually occurs due to blockage in the arteries. This may result in a heart attack. Heart attack symptoms include heart pain and shortness of breath. The latter can be mistaken for asthma.

Gastroesophageal reflux disease is a disorder where the content in your stomach and resultant acids flow back into the esophagus. This leads to heartburn, which can lead to asthma-like symptoms like tightness in the chest, mild breathlessness, etc.

This is a condition where the voice box muscles contract rapidly. This leads to issues in breathing.

Or Respiratory syncytial virus. This is a condition that happens in babies and younger children and causes wheezing. RSV can possibly lead to childhood asthma.

One of the most popular asthma mimics, is a condition that happens when you accidentally breathe food or any other foreign substance into the lungs. This can cause heavy breathing or gasping for breath.

The symptoms of lung cancer and asthma are almost identical. These include coughing, wheezing, and breathlessness. The only difference between the two is that lung cancer comes with bloody mucus, which may occur during the later stages.

The last in the list of asthma mimics, vocal cord paralysis occurs when the larynx or voice box nerve impulses are hampered. Because of this, not only is your ability to speak affected, but also your breathing.

How is asthma diagnosed?

There are three ways to determine whether you have asthma or one of the above-mentioned asthma mimics.

The first one is by reviewing your medical history, family history, your symptoms, possible allergens or irritants you’re coming in contact with. Your doctor will also carefully consider if you have had any episodes of breathing problems.

Secondly, you will be required to undergo physical examinations that determine what are the causes behind the symptoms that might be surfacing.

And last would be to get to the root cause of the symptoms you’re experiencing. This will be done through various tests like:

Do you have an asthma, or one of the asthma mimics? Asthma symptoms are also pervasive in other conditions, such as COPD, sinusitis, GERD, and lung cancer. If you feel that the symptoms of asthma are persistent, consult your doctor right away.

Do not take any medication suggested on the internet or recommended by another asthma patient. Get your diagnosis done by a healthcare professional before starting any course of treatment.

Asthma may be misdiagnosed in many adults: https://www.reuters.com/article/us-health-asthma-adult/asthma-may-be-misdiagnosed-in-many-adults-idUSKBN1512HW/ Accessed 13/05/2020

COPD Causes and Smoking: What You Need to Know