What is Bronchiectasis? Symptoms, Causes, and Treatment 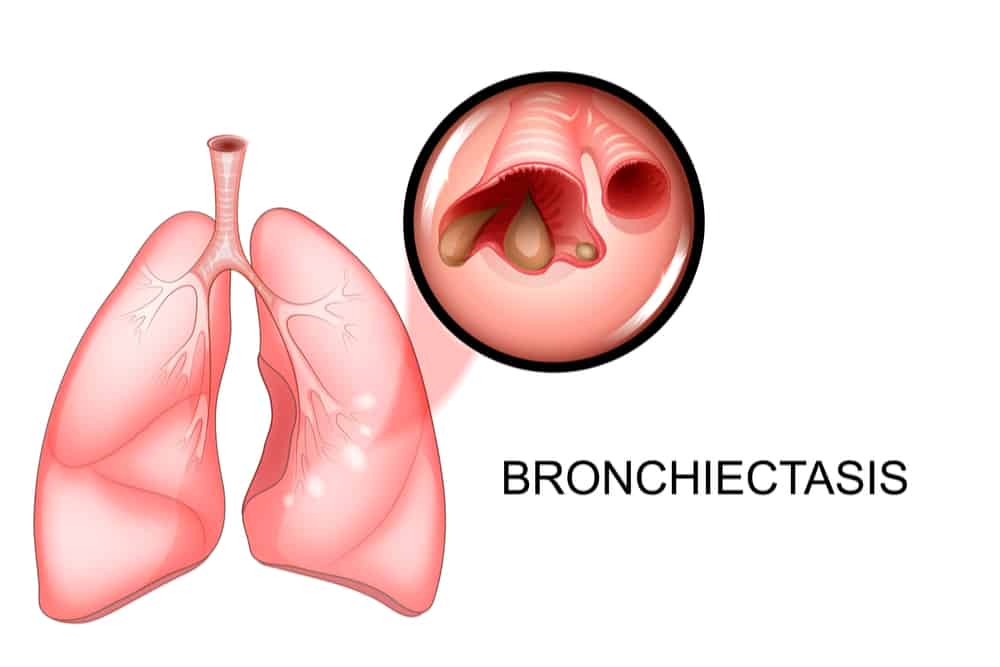 Bronchiectasis is a long-term lung condition wherein the bronchi, or the airways in the lungs, are damaged. A damaged airway becomes flabby and scarred. The airways get damaged because of infections and other conditions that end up injuring the surface of the airway’s walls.

This results in a person coughing up mucus, because damage inhibits the removal or clearing out of mucus. Mucus is produced by the airways in order to help remove foreign substances from the body. While mucus has a function in protecting the body, having it clog the airways poses serious health issues.

Once mucus continues to gather in the airways, the growth rate of bacteria, dust, and other small foreign obstacles will increase. A person diagnosed with this lung condition will begin to have difficulty in breathing.

Bronchiectasis occurs in the lungs due to a lung condition called cystic fibrosis. This is a condition is rare in the Philippines, but it causes long-lasting lung infections and decreases the ability to breathe properly.

People who are diagnosed with the following conditions are more susceptible to acquiring bronchiectasis:

Then there are instances wherein bronchiectasis occurs in the lungs due to other complications. Here are some conditions that also cause bronchiectasis:

Here are the most common symptoms exhibited by people diagnosed with bronchiectasis:

Most often that not, bronchiectasis starts during childhood. However older people may be affected by this condition as well.

Signs and symptoms of bronchiectasis may not show up for months or even years after person has already gone through multiple lung infections.

Repeated lung infections and coughing with a considerable amount of spit will lead your doctor to suspect that you may have bronchiectasis. They will recommend you to undergo a series of tests in order to determine whether or not you have bronchiectasis.

These tests help identify the condition of a person’s lungs and determine how damaged their airways are. Based on the results, the doctors will know what treatments to give for any underlying causes that they may see.

Doctors will prescribe medications to help treat flare-ups and infections. These medications will be coupled with airway clearance techniques, hydration, and chest physical therapy. Those with low oxygen levels, may undergo oxygen therapy.

The following treatments may be used:

For severe cases, surgery may be required if the bronchiectasis is focused on a portion of a lung, or if there is an occurrence of excessive bleeding.

Bronchiectasis is a lung condition wherein the airways are damaged due to lung infections or other disorders. Symptoms include coughing up mucus, wheezing while breathing, weight loss, and night sweats. People must be cautious about this lung condition, especially if they are already experiencing symptoms of bronchiectasis. This type of lung condition must be addressed immediately in order to receive the appropriate treatments and avoid worsening of the state of the lungs.

10 Symptoms of Bronchiectasis to Watch Out For