How To Get Pregant With PCOS: This Mama Shares Her Journey 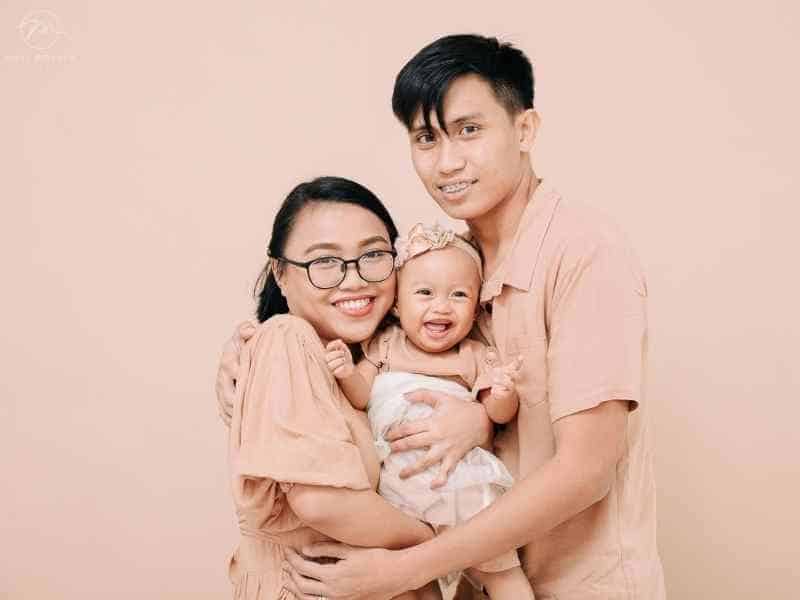 How to get pregnant with PCOS? Mina Ferranco was so excited to build a family with John Eric, the love of her life. But a year before they were to tie the knot, she found out she had polycystic ovary syndrome (PCOS), a hormonal disorder described by the U.S. Centers for Disease Control and Prevention as one of the most common causes of infertility among women of reproductive age.

“I felt hopeless. When I read about it and how it causes infertility in women, I felt bad for my soon-to-be husband. I was thinking he couldn’t possibly waste his life on a partner who might not bear a child. My husband is the eldest and I know how much a baby is wanted in their family,” shared Mina. “But he was very understanding, it did not become a hindrance for us to continue with our marriage plans.”

Looking back, Mina said the signs were right in front of her eyes: she had irregular menstrual periods during her college years and she felt bloated even when she was slim.

How to get pregnant with PCOS

She followed her doctor’s advice and made healthy changes to her lifestyle. She said, “My OB-GYN explained PCOS to me well, telling me not to worry because the condition can be managed and although it will be hard to conceive, it is still possible for those with PCOS to get pregnant. So I followed her advice: I took pills to regulate my period, observed a healthy diet, and started going to the gym.”

But it became too much for Mina and she unfortunately fell into the trap of depression, pushing the pause button on the recommended treatments for her PCOS. “Things started to get frustrating. I felt tired. For me, it’s as if the pills were not working. I was also too busy with work and other responsibilities to make time for exercise. But when I think about it now, the primary reason why I gave up was because I lost trust in the process. Two years of hoping to conceive but every time I would take the pregnancy test and the result was negative, I felt super sad about it. When you read about how pills, exercise, and the right food will help with your PCOS and you do them for months but still do not get a good result, it will just make you quit,” mused Mina.

She’s thankful for a husband who never pressured her to have a baby. Mina said he became his shoulder to cry on during every disappointing event in her PCOS journey.

“He’s always assured me that he will love me with or without a child,” she said. “There came a point when we talked and agreed that we wouldn’t put pressure on ourselves anymore, that if God wanted us to have a baby, then He would give it to us. I stopped taking pills then since my period was already regulated, but continued practicing a healthy lifestyle. We also helped and rescued stray dogs, which provided us much comfort.”

And then the unexpected blessing came one morning when after a delayed period, Mina took a pregnancy test and saw two lines on it. She was in total disbelief that they had to buy more test kits to confirm the result.

“I didn’t get my hopes up though because I was aware that women with PCOS are prone to chemical pregnancy and miscarriage. When we did an ultrasound two days after, the doctor told me she couldn’t see a baby, not even a gestational sac. I felt crushed, of course,” narrated Mina. “I insisted on another pregnancy test in the clinic and the result still showed two lines, which meant I was pregnant. That’s when my OB-GYN suggested for us to do another ultrasound after two weeks. On the next ultrasound, our baby was there—and her heartbeat was the best sound we’ve ever heard!”

Mina’s first and second trimesters went pretty smoothly. In her final trimester, she developed symptoms of preeclampsia, one of the common complications experienced by pregnant women with PCOS. “I prayed hard that I would be able to deliver my baby safely. And God answered my prayer: at 37 weeks and 5 days, I gave birth to a healthy baby girl.”

In a few days, the couple’s answered prayer, Elisha Feliz, is turning one. And Mina can confidently say everything they’ve been through—disappointments and all—was all worth it. Her advice to fellow mamas with PCOS: “If you feel that something is not right in your body, get checked. Get treated. And don’t lose hope. Pregnancy is possible for us. Join support groups as you will learn a lot from other women who are going through the same thing.”

This story originally appeared on Edamama and is re-used with permission:
https://www.edamama.ph/discover/nurture/pcos-treatment-mama-story

PCOS and Recurrent Early Miscarriage: Is There A Link?