3 Symptoms of Peptic Ulcers in Children 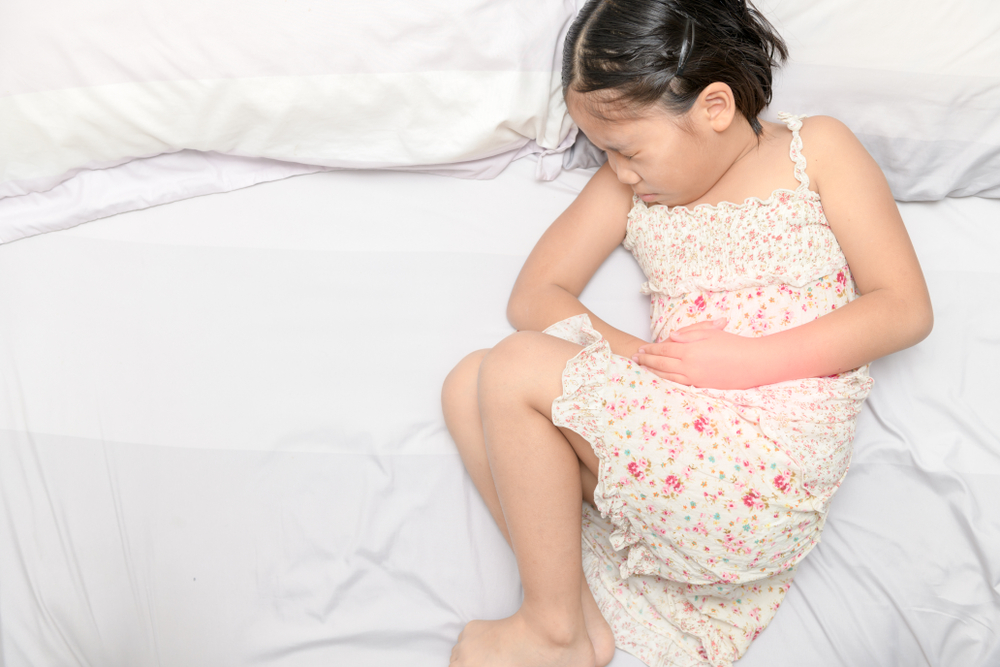 Peptic ulcers are open wounds or lesions in the lining of the stomach or duodenum, the first section of the small intestines. The causes of peptic ulcers in children vary, but NSAIDs and Helicobacter pylori infection are the most common triggers. These two “weaken” the gastric and duodenal lining, making them vulnerable to acid-induced damage. What are the symptoms of ulcers in children?

Why It’s Crucial to Spot the Symptoms Early

Before we explain the symptoms of ulcers in children, let’s first emphasize why it’s important to spot them as soon as possible.

You see, when unmanaged, peptic ulcers can lead to the following complications:

When the lining of the stomach and duodenum erode due to acid, the risk of bleeding increases.

Another possible complication is perforation, where the lesion extends deep enough to form a hole in the stomach or duodenum.

Perforation is a serious concern since digested food and bacteria can spill through the supposedly sterile abdominal cavity (peritoneum), which contains other organs such as the spleen and liver. Bacteria in the abdominal cavity can lead to peritonitis, the inflammation of the peritoneum due to an infection.

And finally, if an ulcer develops in the area that connects the stomach to the duodenum, swelling and scar tissues may form. This may narrow or block the duodenum. As a result, food remains trapped in the stomach and can cause symptoms, such as vomiting.

The following symptoms could indicate that a peptic ulcer complication has already set in:

Symptoms of Ulcers in Children

To prevent potential complications, be sure to bring your child to the doctor if you observe the following symptoms:

The hallmark symptom of ulcers is gnawing epigastric pain, which kids can feel in the area between their breastbone and navel. The pain usually occurs in the morning or after meals (post-prandial). A child might also wake up from sleep due to nocturnal pain.

It’s also worth noting that some kids feel a dull, achy pain in the chest.

Included in our ulcer symptoms are nausea and vomiting. At times, though, the child might not vomit, but he or she will belch or burp a lot. In some cases, hiccupping can also be observed in kids with peptic ulcers.

And finally, kids with ulcers could lose their appetite, especially since they often feel the pain after eating. Parents need to keep a close eye on appetite loss because it can eventually lead to weight loss or failure to gain weight.

If you notice the symptoms of ulcers in your children, seek medical help as soon as possible. Do not delay treatment.

Experts discourage parents from performing home remedies until a diagnosis and treatment plan are made. After all, the symptoms described above might also be due to another digestive condition. 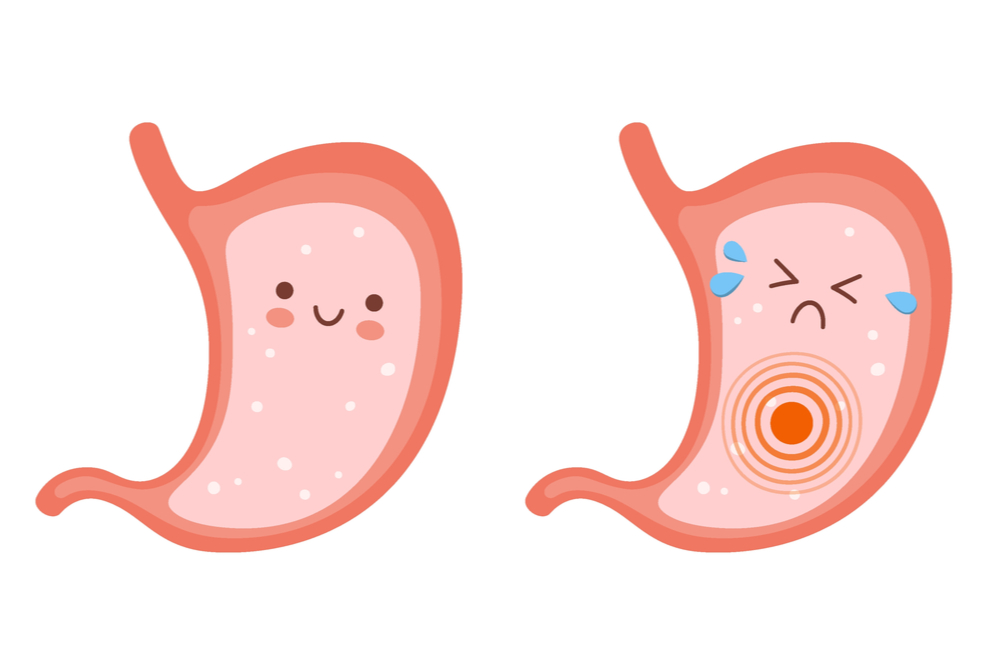 Only a doctor can diagnose peptic ulcers and identify the cause.

In many cases, children need acid-reducing medication. They might also need antibiotics to get rid of the H. pylori bacteria.

Be sure that your child takes the antibiotics for as long as prescribed, even if they tell you that they feel better.

At home, they may advise your child to refrain from eating and drinking foods that increase acid production, such as citrus fruits, tomatoes, and caffeine. If your child tells you that a particular food seems to make their symptoms worse, it’s best to avoid those, too.

Peptic ulcers occur when acid erodes the lining in the stomach or duodenum, causing open wounds or lesions. Its hallmark sign is epigastric pain, but other symptoms, such as nausea, vomiting, and appetite loss, can also occur.

Since ulcers can lead to serious complications, bringing the child to the doctor immediately after you notice the symptoms is crucial.

How Does Stress Cause Ulcers? Find Out the Answer Here