A Quick Look at Your Baby’s First Year Milestones 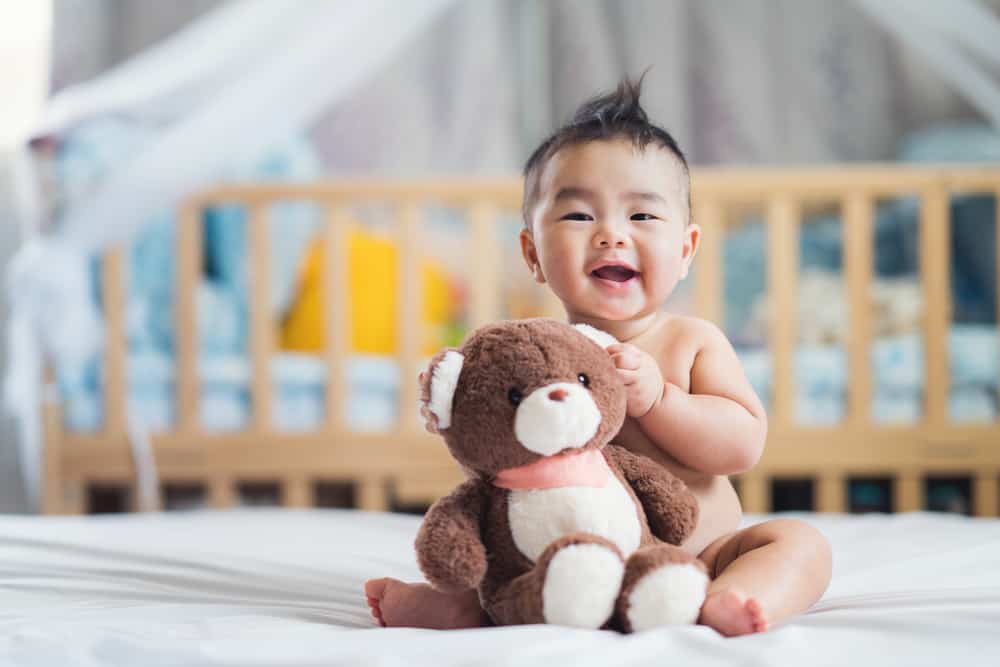 Though a baby’s first year milestones may differ, there are certain guidelines that a parent can refer to to check if their baby is on track.

Here we list what to expect in the first year of a child.

Developmental milestones are physical skills and behavior that is shown by infants and children as they grow month on month.

These milestones differ for each age range, and include crawling, smiling, waving, rolling, turning over, walking, jumping, and talking. It is anything that would show how they speak, learn, behave, play, and move.

Developmental milestones are supposed to serve as guides or checklists. For each baby’s first year milestones, there is a normal range. As long as your baby falls within the range, there is no need to panic or worry.

Monthly wellness visits to the pediatrician are done to monitor a baby’s first year milestones. If you have concerns, it is best to talk to your child’s pediatrician to know if there is a valid cause for concern.

Research has shown that the earlier the intervention for delayed developmental milestones, the better the outcome will be. These include speech therapy and physical therapy.

So, what are the developmental milestones parents should watch out for month on month?

There are so many things that a parent should watch out for in baby’s first year milestones. In the first year, your baby will learn to explore constantly, so you need to always be on your toes.

Your baby will learn to focus their vision and see things for the first time as well. Your baby will also learn to reach for things, so make sure that everything is secure and anything that they may accidentally swallow is out of reach.

Your baby’s cognitive development is in progress. Here, they will learn to memorize things, speak, think for themselves, and reason out. Your baby is also learning the bonds of trust and love for their social and emotional development.

Playtime, cuddle time, and hugging your baby will set an example for them on how they are to interact with others in the future.

The Best Learning Activities for Your One Year Old

A newborn can only communicate his needs through crying. Whether your baby is sleepy, hungry, irritated because the diaper is full, or not feeling well, his only way of letting you know how he’s feeling is through cries.

The startle reflex (Moro reflex) will still be visible at this age, but will start to fade away. The startle reflex is his response when he hears a loud noise or when he feels like he is falling backward. He will extend his arms and legs. This will normally go away by age two to three months.

Your baby’s first year milestones at two months will also include being able to hear fully well. He may start to respond to familiar sounds and can identify sweet smells. He will also learn to smile whenever he sees familiar faces and will make a lot of noises to keep your attention on him. It is important that you reciprocate this as this will help to develop his language reception and expression in the coming months.

Your baby can now hold his head when he is sitting, but it will still bob forward since the bones in the neck are not yet that strong. He will also be able to identify where sound is coming from and turn his head in the direction where the sound originated.

One of the things you can look forward to at three months is baby squealing, cooing, and chuckling. He will also now attempt to talk to you when you speak to him. Facial recognition also starts this month, and he will start engaging when he sees familiar faces and plays with you

Your baby will start doing mini push ups in his fourth month, because he can now roll from back to side. He can also grasp things with his hands. He can also bear weight on his legs, and hold his head steadily.

For some babies, a tooth may start to emerge and imitation of sound is now starting.

In his fifth month, your baby will start to roll over on both sides, and will start to attempt crawling. He will also begin to play with his hands and feet. He can also transfer objects now from one hand to the other.

In his sixth month, your baby may start biting and chewing. He will also start to hold his bottle, be able to lift his head when pulled to a sitting position, and sit without support.

He will also start grabbing at his feet and putting his foot into his mouth. He can also turn his head from side to side and look up and down.

One of your baby’s first milestones in the seventh month is being able to sit down on his own. He will start to recognize his name and respond to it.

He will start to make noises by banging things on surfaces and delighting in it. His taste buds will also start developing at this stage.

At eight months, your baby will be able to adjust his body to reach out for an object, and he will be able to combine syllables to say “dada” or “mama,” though he will not yet know what it means. This is incredibly exciting progress for parents, and is a significant moment in baby’s first year milestones.

He will also be able to understand the word “no,” but will not always follow it.

He will start to crawl at nine months. He will also learn to stand up from a sitting position when being pulled. He can also sit for about 10 minutes now.

In his ninth month, he will be able to understand simple one word verbal commands. He will also learn to use just his thumb and index finger to pick up things.

Your baby now calls you “dada” or “mama”. He will also have learned other one syllable words such as “hi” or “no”.

At ten months, he will have better balance, and can go from being on his stomach to sitting down, and move from a standing position to a sitting position by falling down on his buttocks. He can also lift one foot forward to start walking when standing up.

He can also follow pictures in books and loves being read to. He can even play games like pat-a-cake.

He can also wave bye bye and understands what “bye bye” means. Object permanence begins to develop at this stage, and he can now imitate actions that will attract attention.

As part of your baby’s first year milestones, he will now start walking, while holding on to furniture. At 11 months, he can also enjoy toys where he can stack up things or shoot objects into a container.

You can start playing with your baby at this age, like rolling a ball, because he will already start imitating you. Your baby will start showing excitement when he accomplishes something, and start showing frustration or irritation when restricted from doing something. He will also learn to shake his head to signify “no”.

Now that your baby is one year old, he will start to stand alone and walk alone. He will start to become more independent and do things on his own, though he may fail.

He will start to stack things up, turn the pages of a book, repeat the same words again and again, as well as imitate animal sounds like meows and barks.

He will start to show affection, cling to you in strange situations, but show independence in familiar surroundings. He will also learn to look for objects where he last saw them, and follow rapidly moving objects.

Each baby will be different, and these milestones are just a guide of what your baby may be able to do within a given timeframe. Do not forget to immortalize all these precious moments in the baby’s first year book.

If you feel that your baby may be falling behind on baby’s first milestones, or may not be developing normally, consult your pediatrician, so that further tests can be done.