What Does It Mean If My Child Is Ambidextrous? 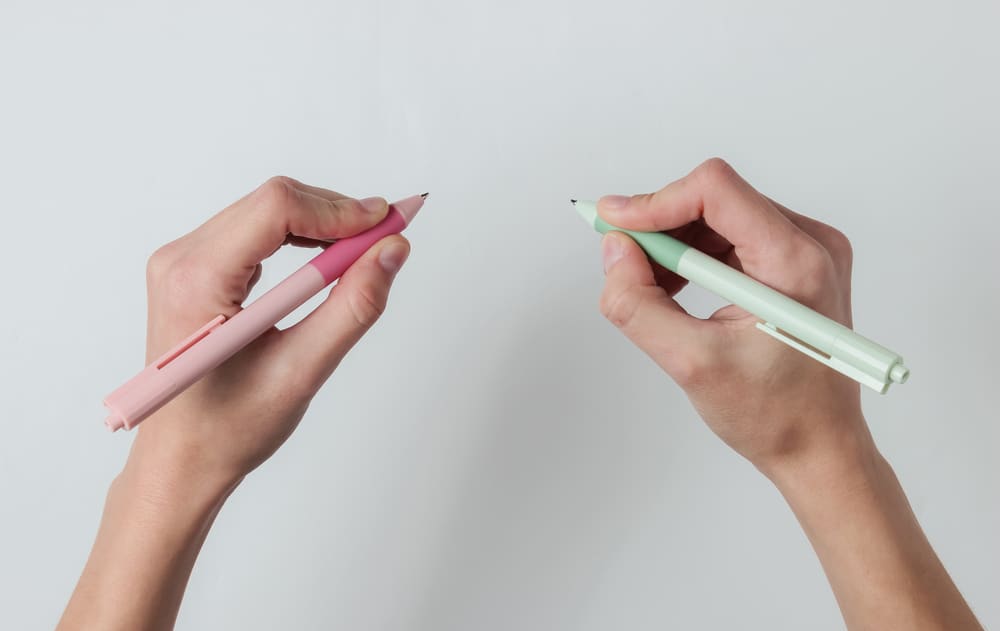 You may have probably noticed your little one being more inclined to being right-handed, or left-handed. This is especially evident when they try to throw or catch a ball, and when they use a pencil or a crayon to draw something.

There is also the chance that your child tends to switch hands depending on what they are doing. They might be more comfortable catching a ball with their left hand, but find that it is easier to write with their right hand.

Why is this the case, and should you be worried if your child does not have a dominant hand? What about if they are ambidextrous? What does being ambidextrous actually mean?

Read on to learn more about handedness, ambidextrous facts, as well as what you can do in order to support your child’s development.

Majority of the population is right-handed

Another interesting thing about it is that this number holds universally true for all populations in the world. There is also genetic evidence for handedness, but scientists are still figuring out what exactly brought about this change in humans.

But what exactly causes handedness in humans? Can you learn to be right-handed if you are left-handed, and vice versa? Or does it just happen?

Why are some people left-handed?

Most scientists agree that handedness is related to our brain having two hemispheres, or sides. If the left side of your brain is more dominant, you tend to be right-handed, and if the right side is dominant, you are most likely left-handed.

It is generally believed that since humans evolved to speak and use language, the left sides of our brains started to become more dominant. This could explain why most of the population are right-handed.

While we are on the topic of handedness, let us talk about some ambidextrous facts.

What Does Being Ambidextrous Mean?

Being ambidextrous means that a person does not necessarily have a dominant hand. This means that an ambidextrous person may be comfortable using either of their hands to write or can easily use either hand when they are cooking, cleaning, or doing other activities.

While scientists have some idea why people are right-handed or left-handed, they still have no clear explanation as to why some people are ambidextrous. It is believed by some that being ambidextrous means that there is no dominant side of the brain.

What’s more interesting is that not all people who are ambidextrous are equally as adept with using both hands. Some ambidextrous people may use their left hand to write. However, when it comes to other tasks, they may be more comfortable with their right.

People who are able to use both of their hands equally well are actually pretty rare. In fact, these people are prized when it comes to sports. This is because they can use their being ambidextrous to an advantage.

Should You Be Worried if Your Child is Ambidextrous?

Now that we have discussed handedness and some ambidextrous facts, what does it mean if your little one is ambidextrous? Some studies have found that ambidextrous children may be more prone to having ADHD since their brains are wired differently compared to right-handed or left-handed children.

Being ambidextrous simply means that your child prefers to use different hands for different tasks, and there is nothing wrong with that. It may be difficult at first to teach your child how to write, or tie their shoelaces since you might not be aware of which hand they would prefer to use. But give it time, and your child will get the hang of it.

Nurturing the Socio-Emotional Development of Preschoolers

Some Important Things to Remember

Here are some tips to keep in mind if your child is either ambidextrous or left-handed:

When it comes to your child’s handedness, it would probably be best to not overthink things. Whether your child is right-handed, left-handed, or ambidextrous, they should not have any major problems when it comes to using their hands for everyday tasks.

Frontiers | The Relationship between Handedness and Mathematics Is Non-linear and Is Moderated by Gender, Age, and Type of Task | Psychology, https://www.frontiersin.org/articles/10.3389/fpsyg.2017.00948/full, Accessed June 24 2020

What causes some people to be left-handed, and why are fewer people left-handed than right-handed? – Scientific American, https://www.scientificamerican.com/article/what-causes-some-people-t/, Accessed June 24 2020

Why Are Some People Ambidextrous? | Live Science, https://www.livescience.com/32523-why-are-some-people-ambidextrous.html, Accessed June 24 2020

The Importance of Chores for Kids' Growth and Development

Major Theories in the Field of Child Development