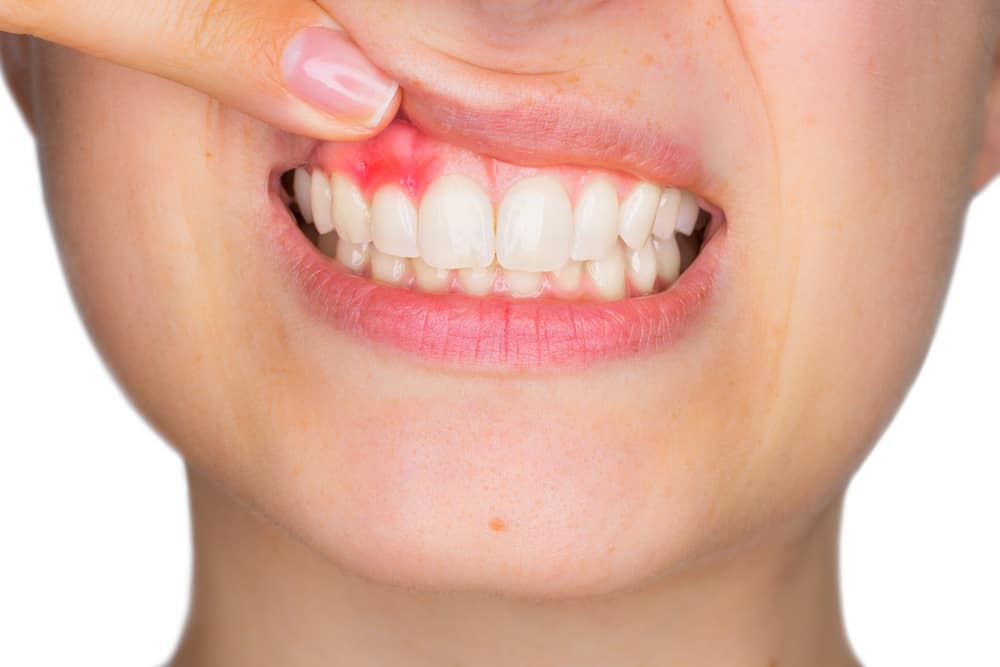 Gingivitis is a mild gum disease that causes the gums around our teeth to be swollen, irritated, and appear red. Despite being a common gum infection, Gingivitis needs to be treated immediately since it may develop into periodontitis, a much more severe gum disease, leading to eventual tooth loss. What are gingivitis causes?

A common cause of gingivitis is the build-up of plaque because of poor oral hygiene. Plaque is a gummy-feeling film of bacteria covering your teeth that cannot be seen with the naked eye. It is made when the bacteria of your mouth come in contact with starch and sugars from consumed food.

Plaque turns into tartar when left uncleaned. The plaque should be removed frequently. When left on teeth, it will harden over time becoming a hard, yellowed deposit known as tartar. Tartar makes it tough to remove plaque build-up from teeth since it protects bacteria.

Gingivitis can be treated by practicing correct oral care. If left untreated, gingivitis causes the gingiva, the gums surrounding the teeth, to loosen up and exposes bone tissue to bacteria and plaque.

Gingivitis causes gums to appear bright red or even a dark purple is a sign of weak gums.

Gums that bleed simply from brushing or flossing

Weak gums will tear and bleed out. This will cause soreness when brushed or flossed.

An unpleasant odor that cannot be removed even after brushing may be a sign of gum disease or an underlying gastrointestinal problem.

Pain or discomfort when chewing, eating, or talking

Weakened teeth from tartar make it difficult for day-to-day activities like eating or speaking.

Untreated gingivitis causes loose teeth because of bacteria contained in plaque and tartar. The built-up bacteria weaken the gums, eventually letting teeth detach and loosen from their sockets.

The following are factors that progress the damage and risk of gum disease:

Age. People, mostly adults, have a higher number in gingivitis cases because of dry mouth and continued accumulation of plaque due to low dental care.

Smoking. Tobacco products affect the strength of the soft tissue in your mouth, disturbing the cell’s functions.

Genetics. A person who has a family history of gum disease is more likely to develop gingivitis themselves.

During a visit to the dentist, the following diagnoses may occur:

Prevention and Treatment of Gingivitis

Depending on what your dentist recommends, brushing your teeth daily for two minutes twice a day, accompanied by flossing will greatly reduce the risk of gingivitis. Developing healthy dental habits and care is key to prevent any further bacteria build-up and gingivitis causes and effects.

Moreover, having regular dentist appointments is necessary for mouth cleaning (usually occurs every six to 12 months), evaluating the situation of your gums and possible factors of gum disease development.

Despite being such a common gum disease, only around three percent of people with confirmed cases seek out actual medical help. A cause of the lack of treatment in patients may be connected to lack of correct understanding of oral hygiene habits and essential oral health.

The following are incorrect myths and beliefs people hold regarding oral health:

Many factors can come into play that could increase the risk of gum disease and not just poor dental hygiene alone. These may include tobacco consumption, genetics, and gum health.

Brushing too hard will wear out the enamel, the outer cover of teeth, and damage gums. Short strokes and scrubbing motions will suffice, applying the right pressure to feel the bristles along your gums.

Reddish, swollen gums prone to bleeding is a clear sign of gum disease. A visit to a dental professional is a must to have your overall gum health evaluated.

Gingivitis is fairly common in adults and can be developed by plaque accumulation. It has many risk factors, but it can be easily remedied by adopting proper oral hygiene, as well as having regular trips to the dentist. Understanding proper dental care by correcting misconceptions will also aid in its prevention.

Hormones and Dental Health: What Every Woman Needs to Know, https://www.mouthhealthy.org/en/az-topics/h/hormones#:~:text=You%20may%20be%20surprised%20to,anything%20that%20may%20irritate%20them, Accessed January 27, 2021

What Habits Can Help Keep Teeth and Gums Healthy?

How to Prevent Receding Gums