Tooth Inflammation Treatment: How to Deal with Pulpitis 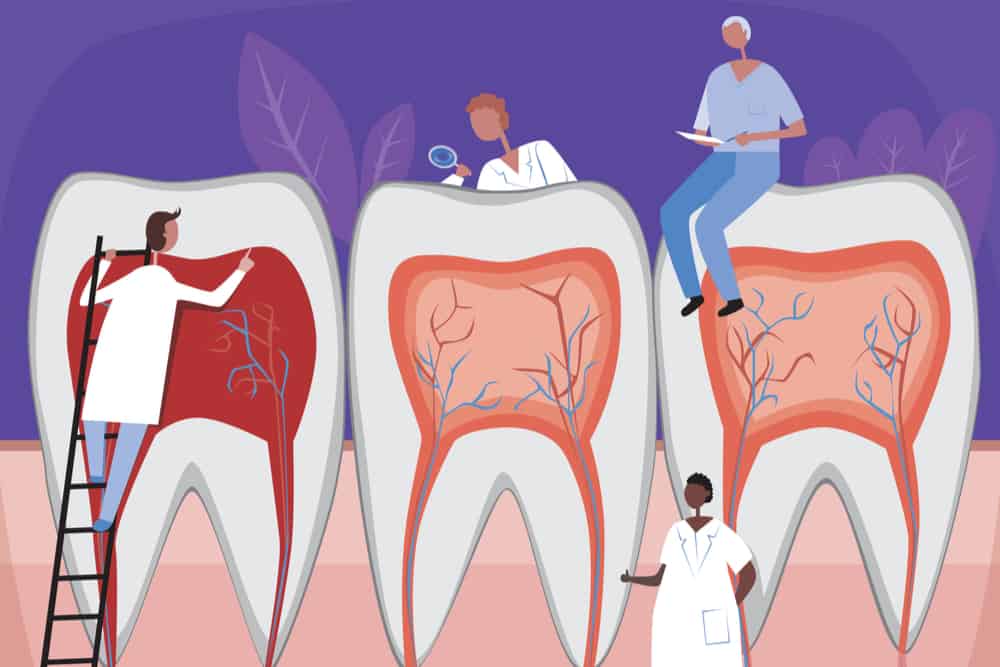 Pulpitis is a condition that concerns a person’s dental pulp tissue and visibly shows signs of inflammation in that area. The symptoms that indicate whether a person has pulpitis varies from person to person. The good thing is, this condition has available inflammation treatment but only if the patient is brought to the dentist right away. If the condition is prolonged, then that could lead to a more serious problem such as irreversible pulpitis. Is there an available tooth inflammation treatment for cases of pulpitis?

What is the Cause of Pulpitis?

The cause of this condition comes from a variety of things such as physical, chemical, and bacterial reasons. Each of these will be further explained below:

The most common cause of pulpitis would be deep cavities as this exposes the pulp to the bacteria and its by-products, which has built up inside the mouth, and that, in turn, leads to pulp becoming inflamed.

There are three categories under physical causes and these include mechanical injury, thermal injury, and electrical injury. Tooth inflammation treatment will depend on the case.

The following are key signs and symptoms.

Knowing the causes and sharing the severity of symptoms with your dentist will help them provide the best and most appropriate tooth inflammation treatment.

Dentists will perform a series of tests in order to determine the diagnosis of the patient. Through these tests, dentists will be able to identify what type of pulpitis a patient has.

There are several tooth inflammation treatments for this condition which are shown below:

Prevention is Better than Cure

In order to prevent this condition from happening, people must always observe proper oral hygiene. Since pulpitis is mainly caused by cavities, then frequently brushing and flossing would do the trick. For more serious cases, seek medical help for tooth inflammation treatment.

Like most diseases, pulpitis is a condition that can be treated in its early stages with the use of several types of tooth inflammation treatment. If people want to avoid feeling the painful symptoms of this disease, then they must observe proper oral hygiene.

Soft vs Extra Soft Toothbrush: Which One Should You Use?

Impacted Tooth Treatment: Everything You Need to Know