Here's How Hypertension Affects the Body 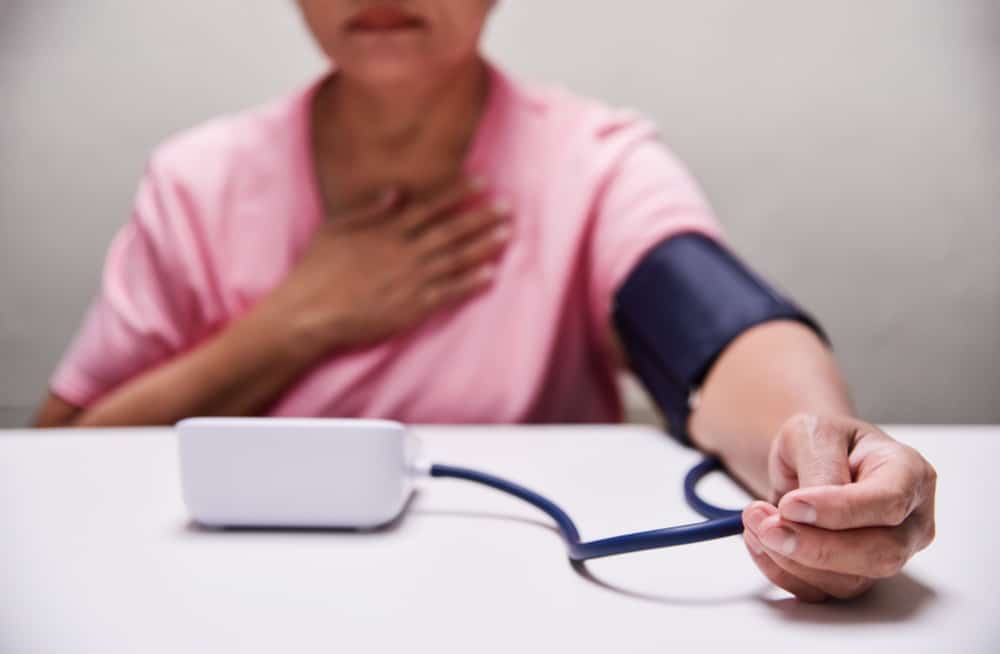 Hypertension can damage the blood vessels

Hypertension affects the body negatively because it can damage the blood vessels and arteries. Healthy arteries are strong, flexible, and smooth, which allow the blood to flow throughout the body without a problem. But when you have hypertension, high blood pressure damages the lining of the arteries, creating tears.

When they sustain damages or tears, the arteries will be more prone to the buildup of fat deposits. The buildup of fatty plaques might reduce the strength and elasticity of the blood vessels. As a result, you may have hardened, narrowed, or blocked arteries that impede blood flow. This is dangerous as you may be vulnerable to blood clots, which in turn could lead to serious cardiovascular diseases such as heart attack and stroke.

Since the blood can no longer flow as effectively, the heart will try to compensate by pumping harder. In the long run, the heart muscles will weaken from being overworked. This might result in heart failure. Moreover, the weakened arteries could lead to an aneurysm, a condition wherein the arteries “balloon out.” Please note that an aneurysm is potentially life-threatening since it can rupture and cause massive internal bleeding.

Hypertension: All You Need to Know

Hypertension can lead to kidney damage

Hypertension affects the body negatively because it can also damage the kidneys, as they require healthy blood vessels to keep our blood clean and to filter out toxins and waste products. However, with high blood pressure, the tiny arteries leading to and within the kidneys may sustain damages. These can result in:

Blood vessel scarring. When tiny blood vessels develop scars, they won’t be as effective in filtering toxins in the blood.

Renal failure. When the kidneys can no longer filter the blood as effectively as before, wastes and fluids accumulate in the body. This forces the kidneys to work harder, which can lead to kidney failure.

High blood pressure is one of the major risk factors in kidney failure, so ensuring that your BP stays within the healthy range should be a priority.

Hypertension can affect your eyes

One way in which hypertension affects the body is vision problems. Increased blood pressure is usually too much for the tiny, delicate blood vessels in the eyes. Generally, hypertension-associated vision problems happen because of:

Retinal damage. When the light-sensitive retina sustains damage, bleeding may happen. Eventually, this could lead to blurring or total loss of vision.

Fluid buildup. Fluids can also buildup in the eyes, causing blurred vision. If you develop scarring, then the risk of vision loss is greater.

There are cases when lowering the BP “reverses” the vision problems. However, if the high blood pressure remains poorly managed, permanent impairment of the sense of sight is possible.

Hypertension also affects the body by impairing your cognitive abilities. With limited blood flow to the brain, the risk of cognitive impairment, such as vascular dementia, increases. Vascular dementia happens when the blood vessels in the brain suffer from damage, resulting in poor blood circulation and a decreased supply of oxygen.

If not vascular dementia, then hypertension might result in mild cognitive impairment that compromises your memory functions and ability to solve problems.

It increases the risk of a hypertensive crisis

And finally, hypertension affects the body by making it more vulnerable to a hypertensive crisis.

A hypertensive crisis causes the blood pressure to go over 180/120 mmHg very quickly. This is considered a medical emergency because it can damage your internal organs and lead to fatal complications.

If you experience any of the following symptoms, seek medical help right away:

There are a lot of ways by which hypertension negatively affects the body.

Generally, it damages the blood vessels, which can lead to cardiovascular diseases, kidney conditions, vision impairment, and sexual dysfunction. Additionally, it can also cause mild cognitive impairment and make you more prone to suffer from a hypertensive crisis.

The good news is, there are a lot of ways to effectively manage your blood pressure. Talk to your doctor about strategies to transition to a healthier lifestyle. They will also be able to give you medications, in case you need them to keep your BP in check.

The Best Time to Take Medicine for High Blood Pressure