What Happens During Out-of-Body Experiences? 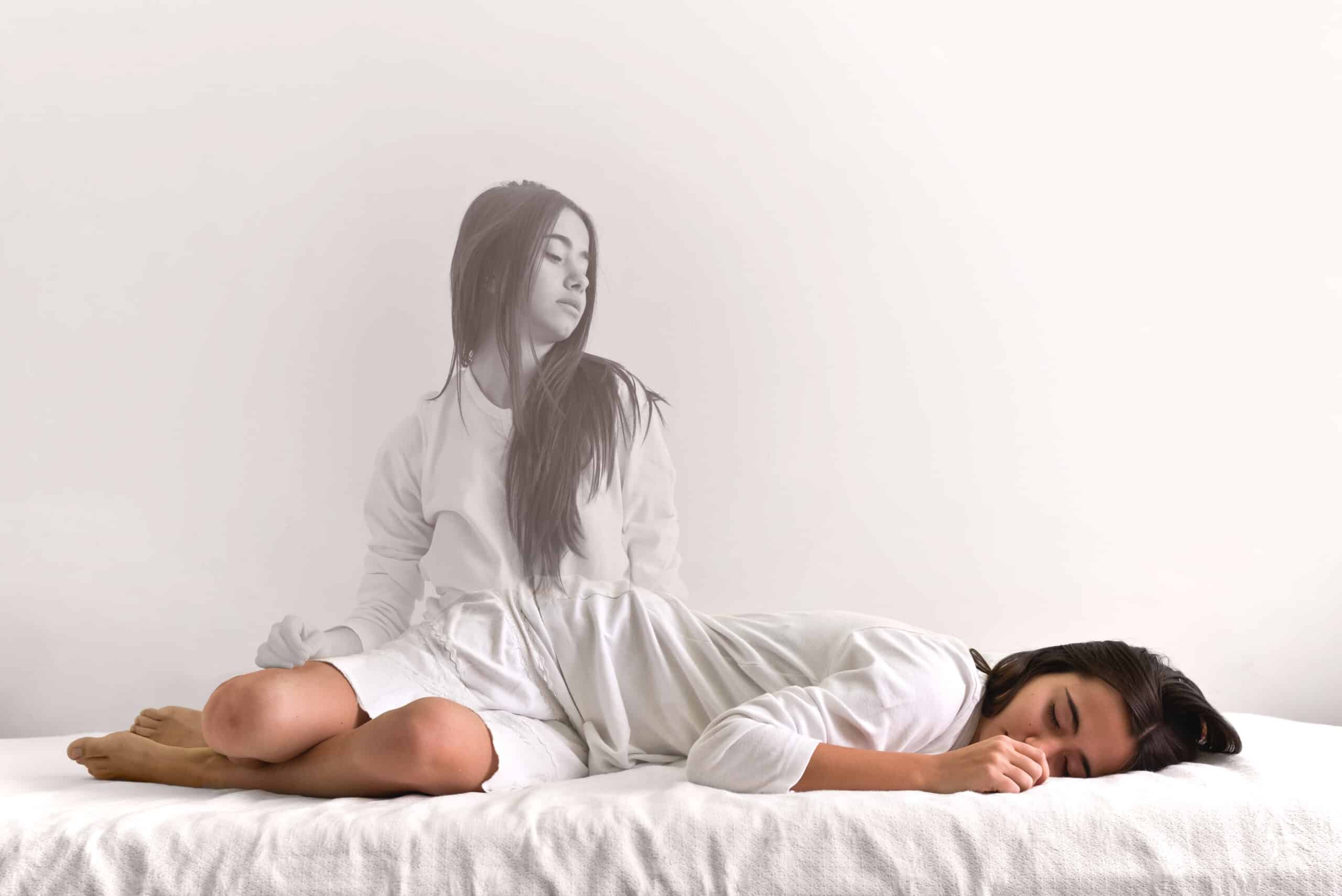 You’re sleeping soundly until suddenly, you feel your consciousness “detach” from your physical body. At once, you notice you’re floating, and your body is there in bed, peacefully sleeping, seemingly undisturbed. Some people call it astral projection, while others refer to it as an out-of-the-body experience (OBE).

Whatever it’s called, you’re worried. Does it have something to do with the paranormal? Here’s what you need to know about out-of-the-body experiences.

Astral projection involves an intentional effort to remove your consciousness from your body. Often, people who know how to do this do so to “travel” to another dimension. Scientifically, astral projections are unexplored and often linked to the spiritual or the paranormal.

OBEs are unintentional or unplanned. Additionally, many people who reported out-of-the-body experiences do not recount traveling: they simply floated over their sleeping bodies. Cases of OBEs where the person sees a tunnel sometimes occur during near-death experiences (NDEs).

Unlike astral projection, OBEs are recognized by the medical community and have been the topic of several studies.

What OBEs feel like varies depending on the recorded accounts.

In one report, the person claimed it happened while they were about to fall asleep. They had a “distinct impression” they were at ceiling level. It happened quickly: they only had enough time to see their body before they returned to it.

Other reports claim they saw more than their body – they also “surveyed the scene.”

Take the Pam Reynolds case, for instance. Reynolds underwent invasive surgery to remove a brain tumor. She survived; however, the doctors deemed her “clinically dead at some point during the procedure.” Interestingly, Reynolds recounted events in the procedure that happened while she was supposed to be unconscious.

Some people claimed that Reynolds could hear during the procedure. However, the surgeon who operated on her, Robert Spetzler, stood by the fact that some of the things she mentioned were not “available” to her.

Case in point: she recounted a drill that was covered when she entered the operating room theatre, and her eyes were taped shut. Reynolds also heard the conversation between Spetzler and the cardiac surgeon at the stage of the operation where “nobody can observe or hear.”

In another study involving 101 cardiac arrest survivors, the researchers found that 13% of them had the feeling that they separated from their bodies. Seven per cent also reported things they wouldn’t have observed in their actual state.

Two people recounted facts during their actual resuscitation, but only one became well enough to follow up. He gave an accurate observation of what happened within 3 minutes of his resuscitation.

Should it be a cause of concern?

The exact reason why out-of-the-body experiences occur is still unknown. Since many cases happen spontaneously, there are only a handful of studies about it. So far, experts understand that OBEs may happen during a near-death experience or while under the influence of drugs or anesthesia.

People who have out-of-the-body experience don’t necessarily need to consult their doctor, especially when it only happened once. However, don’t hesitate to contact your healthcare provider if you are worried or have other concerns, like dissociative disorders, seizures, anxiety, depression, sleep deprivation, and migraines.

Out-of-the-body experiences occur when a person feels as though their consciousness separated from their body. It happens unintentionally.

Some people reported on simply hovering over their sleeping forms while others recalled things that took place around them, suggesting they were somehow “conscious.”

Please note that while the medical society accepts OBEs, it is still unknown whether consciousness can leave the physical body. What the experts accept so far are the people’s experiences or feelings that took place.

Out of body experiences and their neural basis
https://www.ncbi.nlm.nih.gov/pmc/articles/PMC535951/
Accessed May 31, 2021

Could Pam Reynolds Hear? A New Investigation into the Possibility of Hearing During this Famous Near-Death Experience
https://digital.library.unt.edu/ark:/67531/metadc461684/
Accessed May 31, 2021

5 Good Sleep Habits to Set for Your Kids