Mother Pens Letter For Daughter, Expresses Grief On Death Of Her Child 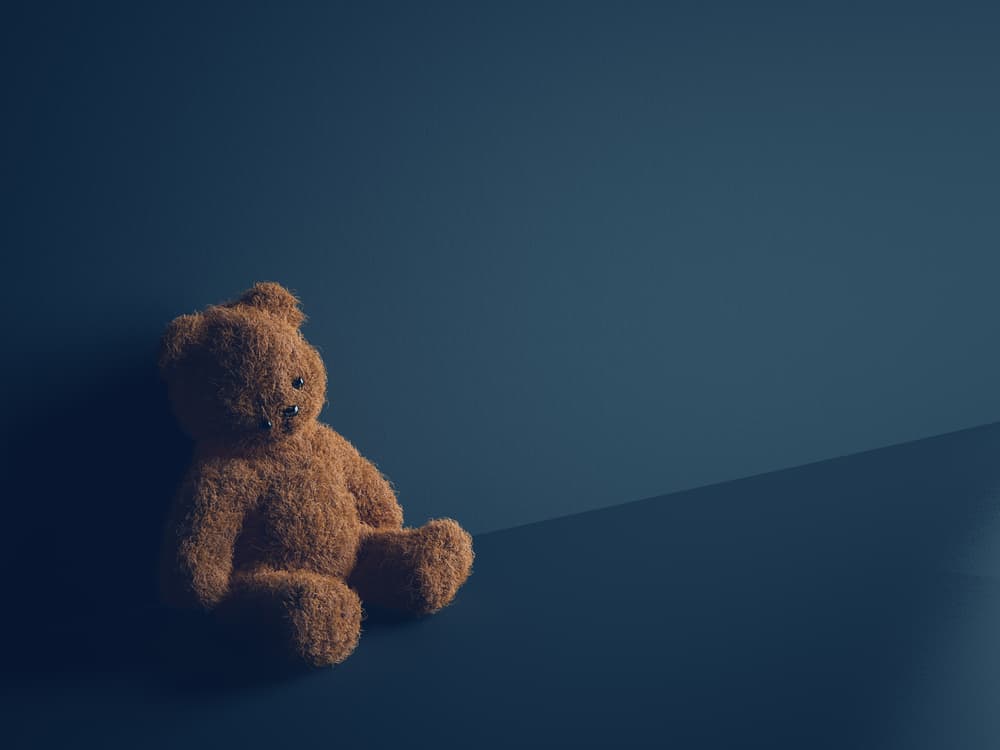 Loss is something that may hit people in different ways. Some may easily move on from it, while others may take longer than expected. No one can ever prepare a parent for the death of a child. Myra Sack shares her thoughts, emotions, and feelings through a letter she wrote on the death anniversary of her daughter.

The letter starts with Myra addressing her beautiful daughter on the first year she left them.

Time is crawling to January 20th, the one-year anniversary of the day you took your final breath on my chest in our bed. We had a dance party the night before. Your posse came over. Aunts, uncles, grandparents, closest friends, and your loving nanny Tia. We sat in the warm kitchen with music on and passed you from one set of arms to another. Everyone wanted one last dance with you. We didn’t mess around with only slow songs. You danced to Havana and Danza Kuduro, too. Somehow, you mustered the energy to sway and rock with each of us, despite not having had anything to eat or drink for six days. That night, January 19th, we laughed and cried and sang and danced. And we held each other. We let our snot and our tears rest on each other’s shoulders; we didn’t wipe any of them away. We ate ice cream after dinner, as we do every night. And on this night, we rubbed a little bit of fresh mint chocolate chip against your lips. Maybe you’d taste the sweetness.

Reggaeton and country music. Blueberry pancakes and ice cream. Deep, long sobs and outbursts of real, raw laughter. Conversations about what our relationships mean to each other and why we are on this earth.

As the letter continues, Myra shared the backstory of how they lost Havi Lev Goldstein, their first-born daughter, to a rare genetic condition called Tay-Sachs disease. This is due to the lack of an enzyme that aids in the breakdown of fatty substances. Thus, impairing the functionality of the mind and body over 12-18 months.

She and her husband, Matt Goldstein, underwent preconception genetic testing for Tay-Sachs disease. They both belong to the Ashkenazi Jewish population. This brings them to a higher risk of the gene mutation that causes the condition.

The first test they took came back showing that only Myra was the carrier and not her husband. Because the disease is autosomal recessive, both parents must be carriers for the child to be at risk of acquiring it. Months later, they found out they were expecting their first child.

Unfortunately, Matt received the incorrect test, and his carrier status was misreported. He was, in fact, a Tay-Sachs carrier. Then 15 months after, they found out that Havi was born with a fatal, progressive neurodegenerative disease. They went from being first-time parents to first-time parents experiencing the death of a child.

Havi never spoke a word nor walked a single step during her time with her parents. But she communicated with them “powerfully through her smiles and tears, through the brightness of her eyes and the back-and-forth movements of her head.”

What the Death of a Child Taught Them

“Havi taught us that life can be even more beautiful and painful than we ever imagined. And when we live at the edge of that deepest beauty and deepest pain, then everything—our hearts, our world view, our community—will deepen and expand,” Myra shared.

They honored Havi’s life every Friday night through a celebration of both Shabbat and birthday, or what they call Shabbirthday. For them, it was not enough to limit her birthday to two. So, they threw her 57 shabbirthdays before she died.

But, they didn’t have to pretend Shabbirthdays are fun times. They didn’t throw the parties “to distract or numb the pain.”

“We found moments of beauty and celebration embedded in and between our deepest pain. We knew we needed the love and support of our closest people right there with us, too. And we treated every moment as sacred, not scary. As holy, not superficial,” as she continued.

What Havi’s Story Is for a Grieving Mother

“For me, Havi’s death is not a one-time event. It happens over and over again every moment she is not where she is supposed to be: Picking out a mismatched set of clothes that look adorable anyway; walking into preschool with her little hand gripping my index finger; pausing between the slides and the swings for a few bites of fig bar at the playground; playing with her little sister who looks up in admiration at her god-given best friend. The losses are layered and constant. And they will accrue, every day, and on every missed milestone until the day I die. I’m not sure people understand that about losing a young child.”

The death of a child made Myra realize the “only way to be okay” is to keep inviting her into spaces. Keeping her present in moments where she should be. This helps them create new memories and experiences with her since her stay on earth was tragically short.

“Relationships don’t have to end when the physical ends. We don’t need to relegate them to the margins,” she said.

Their therapist, Dr. Joanne Cacciatore, also shared that keeping dead people in the front row would be of great help. This is because, from there, they can participate actively like they are meant to do. “And we can be proud to include them in it. And they can continue to encourage us to live a life of fullness and in service to others,” she added.

Learning How to Live with the Death of a Child

“Even after only one year on this earth without Havi, my relationship with her has undergone profound and deepening changes. In the same way that relationships in the world of the living require immense attention and constant adjustments, so too, do our relationships with our dead. There are moments when I can still feel the touch of Hav’s softest cheeks against mine and there are also moments when I feel far away from her. There are times when I can hear her voice in my head and in my heart and times when the silence is everywhere even though I’m begging for her to show up.”

Myra wishes that people are kinder to those who are trying to process loss, grief, and love altogether.

“I wish we understood that grief is not scary. Losing Havi is the worst possible thing I could have ever imagined as a new mother. It is tragic and unnatural. But what is natural is to want to keep her close to us, to want to make her proud, to want to make the world better in her name, to want other people to know and love her. Those are all natural, quite beautiful, instincts that keep grieving people feeling like they can be okay and maybe even that they can become bigger and better versions of themselves.”

“I know my relationship with grief, and with Havi, is going to change many more times in my lifetime. I only hope that there will be more safe places to inhabit my suffering when it does.”

Remembering the death of a child allows Myra to live a life more purposefully until this very day.

Understanding How the Death of a Child Affects a Parent

Some parents may also experience different physical symptoms as they go through challenging times such as:

Moreover, sadness and despair can be accompanied by extreme feelings of vulnerability, anxiety, panic, and hypervigilance.

Thus, allowing them to grieve at their own pace may be the best support you can ever give to help a parent mourning the death of a child.

A mother’s letter on the passing of her young daughter is a must-read on grief, love and loss, https://www.upworthy.com/a-mother-s-letter-on-the-passing-of-her-young-daughter-is-a-must-read-on-grief-love-and-loss?rebelltitem=3#rebelltitem3 Accessed March 16, 2022

Grieving the Loss of a Child, https://www.cancer.net/coping-with-cancer/managing-emotions/grief-and-loss/grieving-loss-child Accessed March 22, 2022

How to Help a Grieving Parent, https://www.childrenscolorado.org/doctors-and-departments/departments/grief-and-loss/how-to-help-a-grieving-parent/ Accessed March 22, 2022

How Grief and Loss Can Affect Overall Health

Helping Someone Through Grief and Loss