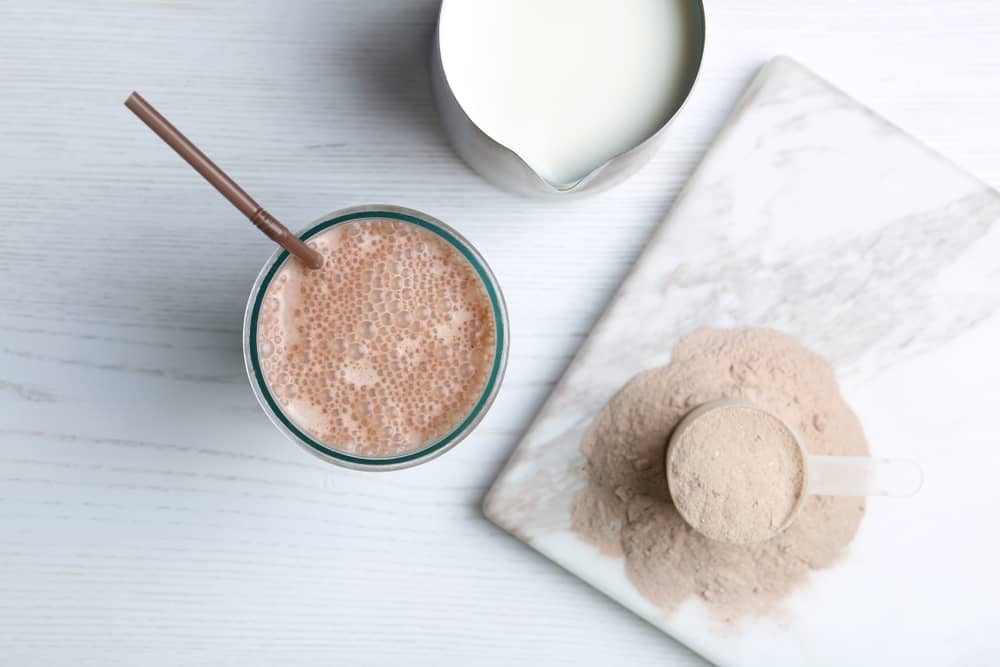 Losing weight is more difficult than one would think. Given the fast pace of our lifestyles, people have turned to easy-fix diets or shady weight loss schemes. But do they work? Meal substitutes, along with diet and exercise, indeed offer an alluring alternative to weight loss and weight management. The health benefits are based on factors such as the convenience of meal substitutes, their ability to appease hunger, and providing much needed nutrients that your body requires every day.

Will you lose weight on meal substitutes?

A meal substitute diet is exactly what it sounds like. It aims to swap your regular meals with low-calorie replacements such as drinks, soups, and snack bars. This intends to lower your overall energy intake and help you lose weight.

The early ideas for meal substitutes took off during the early days of space travel when people became obsessed with fitting a complete meal in a single drink or bar. These types of products remained in the market from the 1970s onwards. But gradually the demand fell as people began to question the real health benefits of these types of replacement diets.

If you can withstand the meal substitute shakes and bars for breakfast, lunch, and dinner, there is evidence that meal substitutes may be a realistic weight-loss strategy in the short-term.

On average, based on various medical studies by dieticians and doctors alike, dieters lose about 11 pounds or about 4-5 kg by replacing 2 meals a day. They also showed losing a maximum of 25 pounds while undergoing a calorie-restricted diet with 2 meal replacement shakes each day for 16 weeks.

The real deal on meal substitutes

There’s actually nothing magical about meal replacements, and they’re also not as tasteless or as lackluster as the food replacements suggested in movies and science. Today, there are a literally hundred or more ways to prepare meal replacements that taste great and which can fill you up for hours.

Aside from the above nutritional concerns, meal substitutes simplify weight management by allowing you to focus on controlling foods in one or two meals per day. However, as most replacements entail calorie restriction, do not try these diets without consulting your doctor.

How do meal substitutes work?

The Medicine Department of the University of Ulm, Germany identified some specific reasons why the meal replacement diets worked so effectively for weight loss. The first is convenience. The lack of time to prepare healthy meals is one of the biggest hindrances to losing weight. Meal substitutes thus make it easier to plan meals.

The next reason is increased compliance. Meal substitutes reduce obstacles to dietary adherence, such as the temptation to indulge in unhealthy foods. Then there is accurate calorie estimation. Meal substitutes, when prepared properly, are a good way to keep track of how many calories you are actually consuming.

There is also the quality of food consumed, lowering caloric consumption makes it difficult to get the much-needed body nutrients. Meal substitutes are often fortified with vitamins and minerals, as well as protein and fiber.

How effective is it?

Meal substitute products can be an effective option to assist with weight loss and this benefit is increased when used as part of an ongoing support program. Research supports that, when used under the guidance of a licensed health professional, meal substitutes in conjunction with a low-energy diet, can be an efficient way to lose weight.

Several medical studies suggest that substituting one or two meals per day with a nutritious meal replacement may speed up weight loss. It’s important to note that meal replacement and low energy diets are not appropriate for certain groups like children, pregnant women, people with eating disorders, and those taking medications affected by rapid weight loss such as insulin. They may also aggravate some mental health conditions.

When changing your diet to achieve weight loss, consult your doctor.