Throwing Up After Eating: What Does It Mean If This Happens? 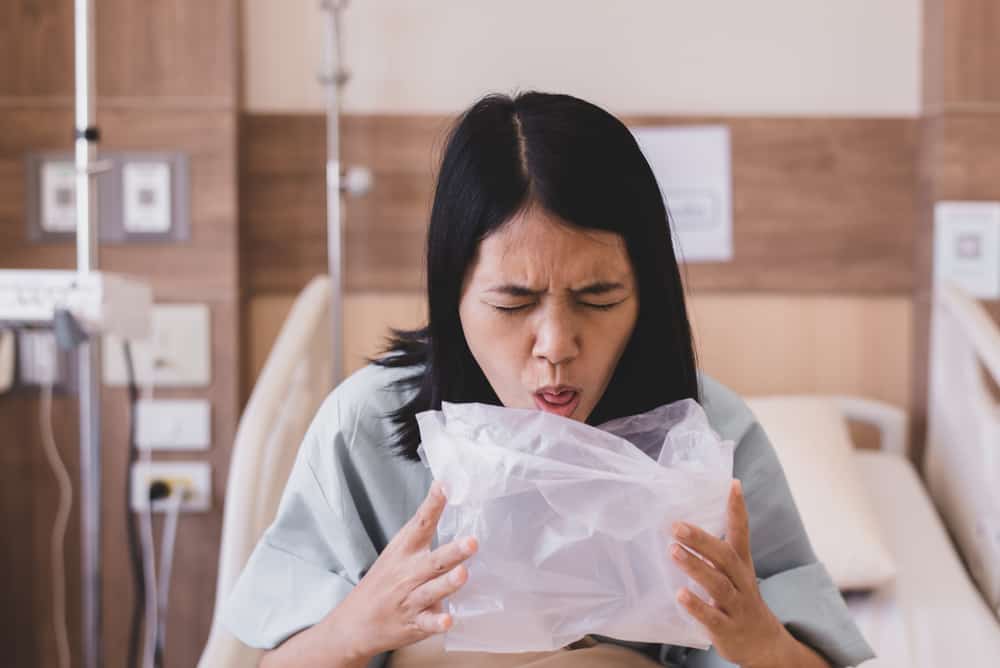 Throwing up after eating isn’t exactly a normal occurrence. Though, this doesn’t necessarily mean that it’s automatically a serious concern if it happens. Read on to learn more about the possible causes of this condition, and what you can do about it.

What does throwing up after eating mean?

Throwing up after eating can be a sign of many different conditions. While these conditions are usually not serious, it’s still a good idea to not ignore them especially if it keeps happening again and again.

Here are some possible explanations as to why throwing up after eating can happen:

By far, the most common cause of vomiting after eating is viral gastroenteritis1. Another common name for it is the stomach flu. It is a type of infection in the intestine that can cause vomiting, diarrhea, and even fever.

People can get viral gastroenteritis if they eat food that has not been cooked well. It’s also possible for it to happen if a person drinks unclean water.

Treatment for viral gastroenteritis usually involves managing the symptoms. Its also important to stay hydrated, as vomiting and diarrhea can cause dehydration. If it lasts for more than two days, then it would be best to visit a doctor as soon as possible.

Throwing up after eating is one possible sign of pregnancy2. People usually associate vomiting during pregnancy with morning sickness, but the sickness doesn’t always necessarily happen only in the morning.

Because of hormonal changes, some women tend to be more sensitive to food. Eating certain foods or even just smelling some foods can cause them to feel sick or throw up. For the most part, this is not a serious problem, though it can be frustrating to some.

If you’re pregnant and having trouble with constant nausea, it would be best to visit your doctor. They should be able to give you recommendations on what to do, as well as what medications you can take to ease the symptoms.

Anxiety can also sometimes be a reason for throwing up after eating3. During stressful events, anxiety can manifest in different ways, and it’s possible for nausea and vomiting to be some of these manifestations.

For example, a person struggling with anxiety might suddenly feel sick during an important dinner, or they might get triggered by something as they are eating. If this happens, they can feel sick and might want to throw up after eating.

The best way to deal with this would be to get in touch with a therapist or any mental health professional. They should be able to give advice on how to manage anxiety, and what steps to take in order to deal with the effects of anxiety should it come back.

Eating disorders can be a more serious reason for throwing up after eating4. This condition is known as bulimia, and it is a mental illness that involves eating a lot of food, and then throwing it up afterward.

Persons with bulimia feel that what they’re doing is a way for them to control their weight. They might feel that they need to lose weight, or that they’re eating too much, so they try to vomit after eating in order to not gain weight.

This can be very dangerous as the body isn’t getting the nutrients that it needs. The best way to address bulimia would be to seek help from a mental health professional.

Lastly, one reason for throwing up after eating is gastroparesis5. This is a very rare condition wherein the stomach empties food very slowly, or doesn’t empty at all. This happens as a result of the muscles of the stomach not working properly.

The symptoms include feeling full when you’re just starting to eat, vomiting after eating, bloating, heartburn, poor appetite, and pain in the upper abdomen.

If you feel that you might have gastroparesis, it would be best to consult your doctor. They can diagnose the condition properly, and give you recommendations on what to do in order to resolve the issue. Treatment can include changing your diet, as well as taking prescription medication.

Vomiting in Children: What Causes It and How to Manage It at Home

Vomiting Due to GERD: What You Should Know