Good Food, Good Mood: Healthy Food You Can Eat to be Happy 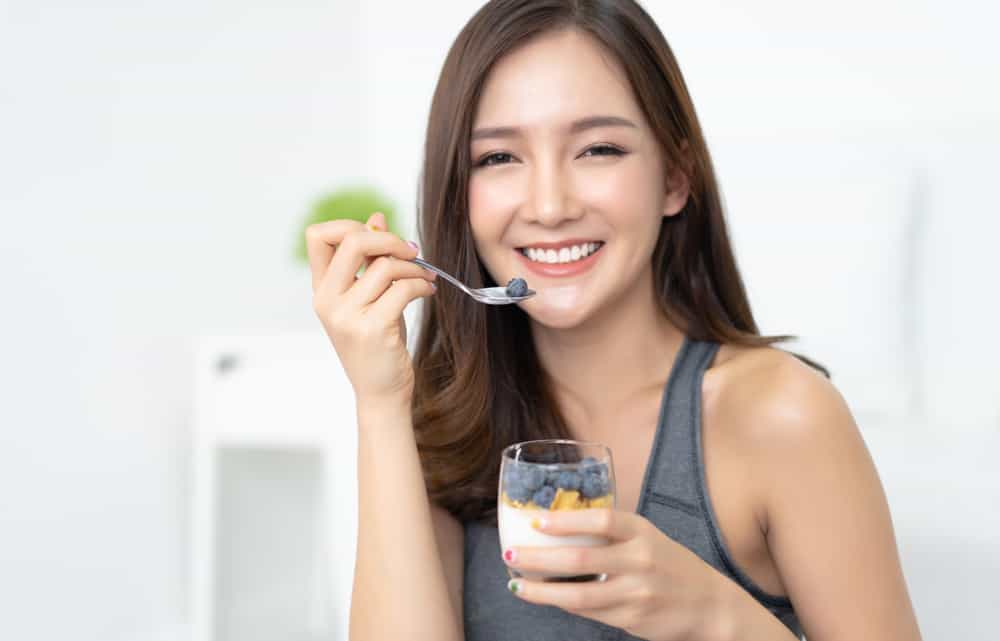 It often goes without saying that eating food should make us feel good. The sensation of tasting something that we love triggers all kinds of emotions that we associate with happiness. In times of distress, many of us find solace in a juicy steak or a tub of ice cream. Stuffing ourselves silly will both fill our tummies and excite our tastebuds. Unfortunately, doing that too often might also leave us with expanded waistlines and a lot of health concerns. The challenge, then, is to find healthy food to eat to be happy. Here is our attempt to prove that the search for the quintessential “good food good mood” does not have to be difficult.

Research published in 2013 concluded that positive emotions serve as an important trigger for unhealthy food intake. This was under-investigated, and it was suggested that future research should further investigate whether food intake results from emotional arousal in general.

Good mood food is the kind that we look for when we want to feel better. In short, when we feel stressed out, this is the kind of food that puts us in a good mood. There are some food choices that don’t just combat stress, they’re also good for you.

Certain kinds of food trigger positive childhood memories. That makes the connections personal. It also means those kinds of food can improve our disposition more than others.

Several neurotransmitters in the body have been shown to trigger positive feelings, particularly when eating food. It’s a delicate balance to find food that both makes us feel good and is good for us.

Chocolate has long been associated with pleasure. It may interact with neurotransmitters including dopamine, serotonin, and endorphins.

The benefits of drinking milk have been written apart countless times. Among them is the strengthening of bones, hence it is encouraged that we consume milk even when we’re older.

The smell of coffee can sometimes be enough to trigger improvement in the mood of its drinkers. Regular coffee drinkers have also been shown to be more alert and have improved brain functions. The caffeine in coffee is credited as the reason for that mood improvement.

The humble banana is rich in nutrients, which may improve blood sugar levels, and is full of antioxidants. A banana is also composed of a combination of vitamins B6, A, and C; fiber, tryptophan, potassium, phosphorus, iron, carbohydrate, and protein. These all help in uplifting one’s mood.

Beyond being a mere snack, walnuts can have antidepressant effects. The combination of omega-3 fatty acids and uridine as well as vitamin B, tryptophan, protein, and folic acid contribute to a good mood.

Consuming 2-3 cups of green tea has been shown to stimulate alpha brain wave activity. It is the L-theanine in green tea that is responsible for this.

Studies have also found that it can increase serotonin and dopamine. two of the most common mood-boosting chemicals.

As with anything in life, these examples should be taken in moderation. Good food, good mood is a universal truth, but too much of anything will not be good for your long-term health.

Take coffee, for instance. Too much coffee (and caffeine) in a day, will not be ideal. A balance of these, along with other food that isn’t listed down, should be enough good food for a good mood.

Finding food that makes us feel good is something everyone can relate to. Eating is one of the outlets that humans turn to when dealing with stress and challenges.

Good mood food is what we look for when we want to feel better. We all want healthy food to eat to be happy. A combination of neurotransmitters, bioactive factors, and even childhood memories can combine to make certain food uplift our mood more than others.

A few examples of good mood food are chocolates, coffee, milk, tea, and blueberries. Of course, these need to be taken in moderation and we shouldn’t consume too much of them. If you do that, then they’ll definitely be good food for a good mood.