Diabetes Statistics in the Philippines - Where Do We Stand? 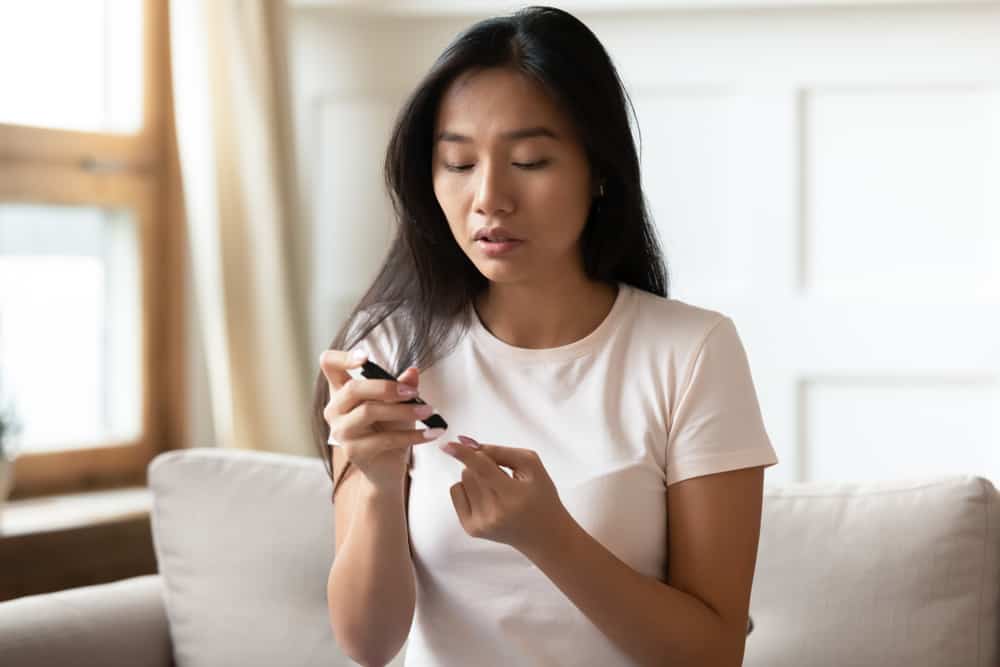 Medical experts agree that diabetes statistics in the Philippines are concerning. Over the years, we have seen a steady increase in the number of cases, prompting researchers to name diabetes an epidemic. What factors increase our risk of developing diabetes?

Current Diabetes Statistics in the Philippines

According to the International Diabetes Federation or IDF, the prevalence rate of diabetes in Filipino adults is approximately 6.3%. That means that out of 63 million adults in our country, almost 4 million have diabetes.

But, even with these high figures, there could be more undocumented diabetes cases in the Philippines. After all, the IDF didn’t include younger people in their data, and they didn’t take pre-diabetes into consideration.

What’s even more alarming is that in a 2016 report, the World Health Organization announced that 6% of all deaths in the Philippines occurred due to diabetes.

The Cases of Diabetes in the Philippines is on the Rise

While it’s difficult to establish precisely how the prevalence rate of DM has been increasing through the years, some diabetes statistics in the Philippines can still give us a clear picture.

For instance, a 9-year cohort study from 1998 to 2009 showed an “alarming growth of diabetes” in our country.

Suffice to say, Filipino doctors agree that the cases of diabetes in our country are steadily on the rise and that we need more aggressive measures for management and prevention.

The Risk Factors of Diabetes in the Philippines

Based on2016 data, the World Health Organization reported that the related risk factors for diabetes in the Philippines are being overweight, obesity, and physical inactivity. The same WHO report shows that:

Additionally, The Food and Nutrition Research Institute (FNRI), in their 2018 Expanded National Nutrition Survey (ENNS), also said the prevalence rates of adult overweight and obesity are 28.8% and 9.8%, respectively. Although the researchers only surveyed 8 Metro Manila cities, they indicated that these figures are already “at a national level.”

Interestingly, they also noted an increasing prevalence of physical inactivity among Filipino adults.

What’s causing these concerning facts and figures about being overweight, obesity, and Physical inactivity among Filipinos?

Reports show that the reasons why Filipinos have an increased risk for diabetes are:

This is because with urbanization or modernization comes our increasing dependence on electronic gadgets. And although electronic devices bring a lot of information, convenience, and entertainment, they also pose some health risks.

For instance, various studies have already noted that excessive use of gadgets like smartphones and laptops can lead to a sedentary lifestyle – a significant risk factor for diabetes mellitus.

Another contributing factor for the Filipinos’ increased risk for diabetes is the traditional diet of white rice.

As in most Asian countries, rice is one of our food staples. Traditionally, Filipinos will have at least a cup of rice per meal. Our love for rice has even given birth to the famous “extra rice” and “unli rice” cultures.

The problem is, some studies have already identified that eating white rice regularly can increase our diabetes risk by up to 1.5%.

Another contributing factor to the increased risk of diabetes in the Philippines is the healthcare system.

In the review, Diabetes Care in the Philippines, the author mentioned that our national insurance system does not offer comprehensive diabetes care in a preventive model. Moreover, private insurance companies often only have limited diabetes care packages.

This challenge in our medical care only means that Filipinos often have to rely on “out-of-pocket” expenses for their diabetes medical needs, like diagnostic tests and daily medications.

Current Diabetes Management in the Philippines

As of now, the DOH has been taking measures to curb the rising diabetes statistics in the Philippines.

The DOH’s nationwide efforts in preventing and controlling diabetes and its complications include:

But, despite these efforts, researchers understand that the best investment is still prevention. This is because once diagnosed with diabetes, a person already runs the risk of suffering its complications. These diabetes complications can worsen the patient’s overall health and financial status.

Various reports indicate that the prevalence rate of diabetes in the Philippines is steadily rising. According to the WHO, the related risk factors for diabetes in our country are being overweight, obesity, and physical inactivity.

Filipinos have increased risk for diabetes mainly due to our increasing dependence on electronic gadgets that lead to a sedentary lifestyle, our attachment to the traditional diet that includes white rice as a food staple, and the challenges that our healthcare system faces when it comes to diabetes care.

Prevalence of Diabetes Mellitus and Pre-Diabetes in the Philippines:
A Sub-study of the 7th National Nutrition and Health Survey (2008)
https://www.pcp.org.ph/files/PJIM%20Vol53%20No2/Prevalence_of_Diabetes_Mellitus_and_Pre-Diabetes_in_the_Philippines_A_Sub-study_of_the_7th_National_Nutrition_and_Health_Survey_2008.pdf
Accessed October 31, 2020

The Causes and Risk Factors of Type 2 Diabetes