Stomach Cancer Symptoms to Watch Out For 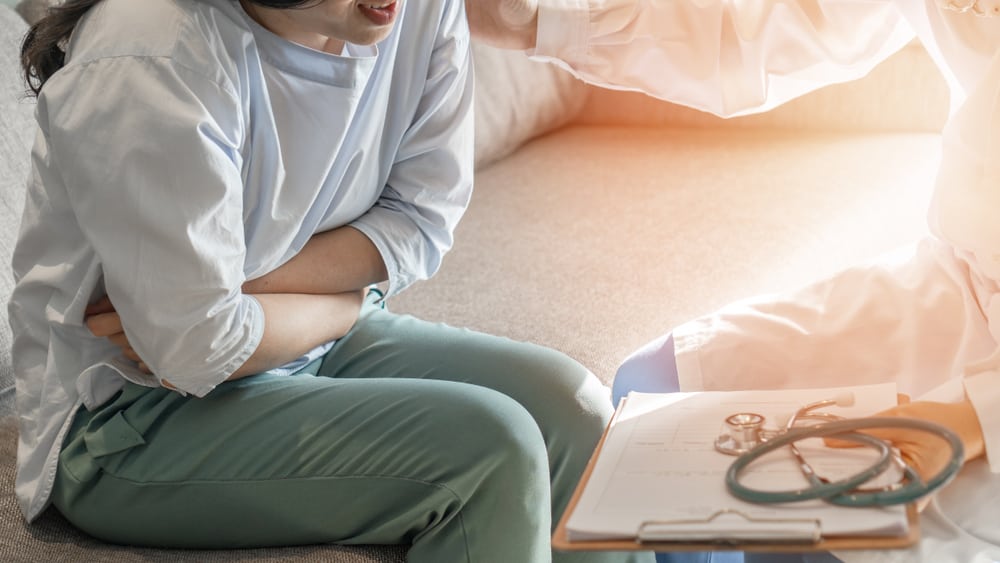 The stomach, like all vital organs in the body, is prone to diseases. Anyone can get a mild stomachache once in a while, but anyone can also be at risk of much more serious conditions like stomach cancer. To better understand stomach cancer symptoms to watch out for, it’s important to know how the digestive system works.

The stomach plays an important role in the digestive system’s function. The stomach is a hollow, muscular, and J-shaped organ connected to the esophagus on one end, and the small intestine on the other.

Aside from breaking down food, the stomach also:

Stomach Cancer Symptoms Can Be Difficult to Diagnose

Data shows that, in 2018, over 1 million cases of stomach or gastric cancer were recorded worldwide. Unlike other types of cancer which have apparent symptoms, stomach cancer is much more difficult to diagnose. This is because of the lack of specific symptoms.

Despite the prevalence of all different types of cancer, including stomach cancer, the exact cause of this disease still isn’t known.

Scientists have found out that cancer starts with a mutation in the cells of a particular organ. These mutated cells divide and grow in number and attack healthy cells. Abnormal cancer cells also form a mass, which is often called a malignant tumor.

People who suffer from obesity, those who have acid reflux, and those who smoke are at risk of developing this type of cancer.

Awareness of the signs and symptoms of stomach cancer can tell you when it’s time to set an appointment with your doctor, especially if you’re at risk of developing this disease.

Keep in mind that having symptoms associated with stomach cancer doesn’t mean that you have it. However, it may be best to see a doctor if you experience these symptoms over a long period of time.

Stomach Cancer Symptoms to Watch out For

People with early stage stomach cancer may not feel anything out of the ordinary. However, if you’re part of the people who are at risk of this disease it’s best to consult your physician immediately.

Some possible early stomach cancer symptoms to watch out for are the following.

If you’re not actively trying to lose weight and you notice yourself growing thinner despite eating enough, then it may be a sign of an underlying problem.

One of the very first signs of stomach cancer can be unexplained weight loss.

This symptom is usually accompanied by suddenly losing interest in food.

Loss of appetite can be the main culprit of the sudden weight loss. But in some cases, those with stomach cancer are unable to effectively absorb nutrients from food.

If you’re having bloody stool, it is usually caused by rectal bleeding of ulcers or polyps caused by cancer. In some instances, heavy bleeding from the stomach can also cause blood in the stool.

The presence of blood in vomit or hematemesis can be an indication of bleeding in the stomach, esophagus, or small intestine.

Feeling fatigued is not just feeling tired after a day full of activities.

Cancer-related fatigue can be defined as extreme tiredness and not having enough energy to go about your daily routine, like eating, taking a shower, or simply getting out of bed.

There are many reasons why fatigue may be an initial symptom of stomach cancer. It can be related to poor appetite, or anemia because of blood loss due to vomiting. Either way, it’s definitely a cause of concern if you’re feeling extreme tiredness without a direct cause.

4. A Change in Bowel Movement

If you find yourself suddenly suffering from long-term diarrhea or constipation, then it’s a sign that you need to consult your doctor right away.

Any sudden changes in bowel movements can be indications of issues involving the stomach or digestive system.

5. Other Symptoms of Stomach Cancer to Watch Out for

Other early symptoms of stomach cancer could be the following:

It’s important to take note that these symptoms are also associated with other illnesses, not just stomach cancer.

Symptoms of advanced stages of stomach cancer can be:

If you experience any of these symptoms, then it’s best to consult with your physician as soon as possible.

These may signify advanced stages of stomach cancer that have spread to other vital organs.

What To Expect During My Doctor’s Appointment

If you opt to see a doctor due to the symptoms mentioned above, you can expect your doctor to perform the following procedures to determine if you have stomach cancer:

Symptoms of stomach cancer may coincide with other, less serious diseases. What’s important is not to panic; always consult your doctor first.

Symptoms like vomiting, nausea, stomach issues, and rapid weight loss can all be symptoms of stomach cancer or something else.

Instead of self-diagnosing, seek the advice of a medical expert as soon as possible.

Cancer: All You Need to Know

When is Chronic Indigestion a Sign of Stomach Cancer?