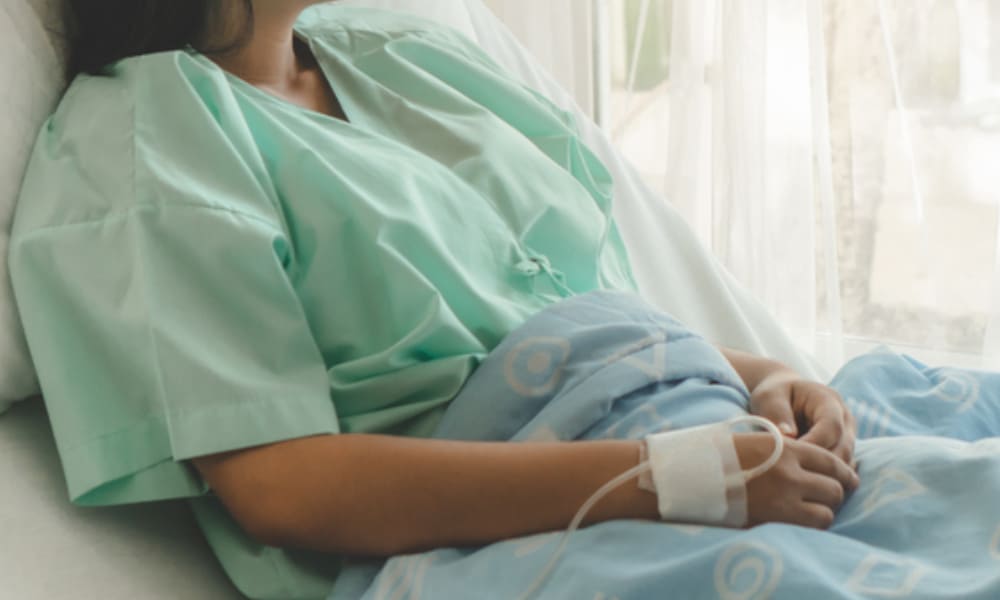 Hello Doctor Philippines recently got in touch with fashion entrepreneur Pia Lizares to talk about her experience as a brain aneurysm survivor, and how this has affected her life moving forward.

At only 35, Pia is a very young ruptured brain aneurysm survivor. She was only 32 when her first aneurysm ruptured. This is not typical as most aneurysms appear at age 40 or later. A year later, a scan found that there was a recurrence and two new aneurysms.

In total, Pia survived two major surgeries and 4 brain aneurysms. Though she is still experiencing a few side effects, her life is back on track, and she is focused on living her life the best way she can. Here she shares life-saving advice and other important notes to help others.

Can you tell us a little about yourself?

I’m a fashion entrepreneur by profession. I’m 35 years old, single, no kids. I own a clothing brand. My job/lifestyle is not exactly stressful.

How did you find out about your aneurysms, and how old were you when you were diagnosed?

I was first diagnosed in February 2018. I was 32. It was a ruptured aneurysm or subarachnoid hemorrhage, which required emergency surgery.

As you’ve had 4 aneurysms, did they happen at the same time or one after the other?

The first one in 2018 was a rupture. I had endovascular coiling to fix the ruptured aneurysm. Then during my routine one year angiogram in February 2018, my neurosurgeon at that time noticed another major recurrence plus two new aneurysms!

The previously ruptured coiled aneurysm got bigger and two new ones grew beside it. My neurosurgeon, at that time, told me he could no longer fix it and I need to see another neurosurgeon who would perform a craniotomy.

Were there any signs of symptoms that indicated there was something wrong?

Prior to my rupture, I would always have headaches but I never thought it was anything serious. I had no known risk factors. I don’t smoke, I don’t drink, I don’t do drugs and I’m not overweight.

How did you feel when you found out about your aneurysms?

It was morning in February 2018, I was about to get up from bed when suddenly I felt something snap inside my head. I felt a sudden “thunderclap” headache unlike any other. I knew it wasn’t my usual migraine.

Then I started vomiting nonstop. I tried to stand up but I couldn’t anymore. Luckily my phone was beside me, so I was able to text our helper to check on me. My parents called doctor friends who then suggested they bring me to the hospital as soon as possible.

I didn’t lose consciousness. Thankfully, the doctor at the ER was quick and thought maybe a brain scan could help rule out an aneurysm.

She ordered a CT-Scan and voila, they saw some bleeding. A CT-Angiogram with contrast was then ordered afterward to pinpoint the exact location of the bleeding. It was a confirmed case of a ruptured brain aneurysm, aka Subarachnoid Hemorrhage.

How did you feel when you found out about the recurrence?

One year after my rupture, I felt angry and bitter when I found out about the recurrence. I had not one but three aneurysms! I felt as if God pulled the rug under me. Here I was so thankful having survived but it felt it was short-lived. Luckily, the best neurosurgeon in the country took my case. My craniotomy was straightforward and recovery was smooth.

What forms of treatment did you undergo?

In 2018, when the CT-Angiogram showed a brain bleed, I was transferred to a bigger hospital, where the available neurosurgeon specialized in endovascular coiling.

My parents made the decision to proceed with the coiling. It was, after all, less invasive, and the recovery time was faster. It was an emergency case, which had to be done at the soonest possible time.

My neurosurgeon, at that time, specialized in endovascular treatment and told my parents that he would have to refer me to another surgeon if endovascular coiling wasn’t feasible.

One year after, a routine four-vessel angiogram detected major recurrence as well as the growth of new aneurysms, so I needed to undergo a craniotomy where clipping of 3 aneurysms, coil extraction (removal of the coils that were placed the year before), and muslin wrapping of the diseased artery was performed.

Did you undergo therapy after your surgeries, and what steps are you taking to stay healthy?

I am very lucky. Both my surgeries were successful. Coiling was a temporary fix for me, but it saved my life anyway.

Clipping was more invasive because it involves opening the skull. Both my neurosurgeons are the best in what they do. I didn’t require therapy because I didn’t have any neurological deficits nor any difficulty in movement.

To be honest, my surgeons did not give me specific guidelines to prevent future aneurysms. After all, I have no known risk factors and don’t necessarily lead a stressful life. I only have to avoid triggers and situations that would cause a sudden spike in blood pressure. This includes any major straining (such as strenuous exercises, lifting weights, etc, things I never do anyway.)

My doctors did not recommend this but I now use the block and unfollow buttons on social media and messaging apps generously. I try not to dwell on things and avoid people who stress me out.

How has your life been since undergoing 2 brain surgeries? Did it affect your mental health? Has it changed your outlook on life?

Some say I am more irritable now. I am not sure if brain surgery has anything to do with it or it may be caused by other factors such as stressful people or reading the news. I also get tired more easily.

Again, I am not sure if it has anything to do with the surgeries or just normal signs of aging. It has changed my outlook in life in the sense that I cannot see well into the far future.

I am 18 months post-craniotomy now. My last scan was clear. I am now aneurysm-free, but a routine brain scan is still required every 6 to 12 months. My neurosurgeon said that I may have to be followed possibly for the rest of my life, since I am young and a lot can happen if I plan to live 40 to 50 more years. I look at these brain scans as sort of a “renewal of contract” on life.

Surviving 2 ruptured aneurysms is not an easy thing. As a subarachnoid hemorrhage survivor, what message do you have for other people who might be in a similar situation?

I survived 4 aneurysms and 2 surgeries. It’s difficult to give specific tips. Most people do not know they have an aneurysm until it ruptures. A CT-Angiogram with contrast, MR-Angiogram or Four-Vessel Angiogram are scans to find out if one is harboring an unruptured aneurysm.

You cannot request for these tests outright like you would do a mammogram or pap smear. These are not part of the routine annual physical exam.

My siblings were tested because they were immediate family and are highly likely to harbor an aneurysm. Thankfully, their scans came out clear.

If you find out you have an aneurysm before it ruptures, good for you. You can take necessary precautions to prevent rupture such as avoiding too much stress or keeping your blood pressure in check. Your doctor may also monitor it to see if treatment is necessary.

You are still luckier than most people who are walking around living life not knowing they have a ticking time bomb in their head!

However, worrying doesn’t solve anything and will just steal the joy of the present. There are no guarantees. Make the most out of each and every day and live each day as if it were your last, because one day, it will be.

Note: The experience of every patient varies. It’s still best to consult a doctor for the best treatment and preventive measures for medical conditions.

Learn more about the conditions of the Brain & Nervous System here.

The Types of Aneurysm and Their Causes