What are Blackheads and Whiteheads? How to Get Rid of Them 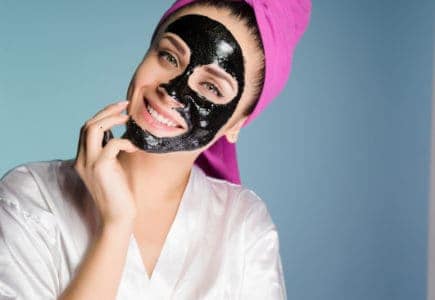 Blackheads and whiteheads are the common forms of acne that most people suffer at least once in their lifetime. According to a survey, about 85% of individuals in the age group, between 12 and 24 years old, experience pimples due to blocked pores.

Health experts believe acne can be treated easily but it requires care as it can occur again. Blackheads and whiteheads are the two forms of acne that have different factors to form but require similar treatments.

Blackheads are the small bumps that develop on the skin due to clogged hair follicles. These small bumps are called blackheads as the surface or the head looks black.

Blackheads are also called open comedones, and they appear on the nose, back, arms, shoulders, neck, and chest.

Whiteheads form when bacteria, dead skin cells, or oil gets trapped within one of the open pores. Health experts found that these white bumps can be annoying and may appear at the worst time.

Whiteheads are also called closed comedones, and they generally develop on the chin, forehead, and nose.

Causes of Blackheads and Whiteheads

Health experts believe the causes and factors for the formation of blackheads and whiteheads are different.

Let’s take a look at the causes for each acne to understand correctly.

Although there is no exact cause of whitehead formation, hormonal changes are attributed to causing them occasionally. These hormonal changes can occur due to numerous reasons ranging from puberty to menstruation, and from using oral contraceptives to pregnancy.

Skin specialists believe the appearance of whiteheads can be due to the overproduction of sebum, an oily substance secreted by sebaceous glands that protect the skin.

Other factors that cause whiteheads are sweat, certain cosmetics, high humidity, and skincare products. However, some studies found no connection between whiteheads and stress, diet, or poor facial hygiene.

Studies have found that androgen, a male sex hormone contributes to shedding skin cells and produces excess sebum during and around puberty. Both girls and boys experience higher androgen levels during adolescence.

After puberty, there are changes in the hormones due to the usage of birth control pills, menstruation, and pregnancy, contributing to blackheads in women.

According to health experts, factors that cause blackheads are:

How to Prevent Blackheads and Whiteheads?

Several skin specialists suggest preventive measures for whiteheads and blackheads. Some of the measures include:

Home Remedies for Blackheads and Whiteheads

Skin experts suggest some simple and easy home remedies that are proved to be beneficial and effective. Some home remedies to treat whiteheads are as follows:

Lemons are loaded with vitamin C that is beneficial for skin health. The antibacterial properties of lemon juice can help reduce skin inflammation and bacterial infections. Also, lemon juice helps to dry out excess oil from the skin.

Extract juice from the lemon and apply directly to the affected area using a cotton ball and leave for 20 minutes.

Honey contains powerful antibacterial properties that are clinically proven to be beneficial for skin health. Also, it is considered the best natural skin moisturizer and prevents sebum overproduction.

Heat a teaspoon of honey until it is slightly warm. Apply the warm honey directly on the clear skin and let it rest for 15 minutes.

ACV is considered a potent astringent that is capable of shrinking the pores. Also, ACV contains antimicrobial and antibacterial properties that help reduce skin issues.

Take 8 ounces of warm water and add two tablespoons of ACV. Apply the solution directly on the clear skin and leave for 20 minutes.

Use soaps and body washes that contain Witch Hazel. Also, Witch Hazel is available on the internet as an astringent. You may order that and apply it directly on the skin with the help of a cotton ball.

The following are some home remedies to treat blackheads:

Strawberries are loaded with vitamin C that helps to moisture and hydrate skin. Also, it prevents the formation of blackheads by eliminating dry and dead skin cells.

Take a teaspoon of virgin coconut oil and apply it on the blackhead prone area and leave until it is absorbed completely into the skin.

Use one teaspoon of water and turmeric powder and mix to achieve a paste. Apply the paste on the blackhead prone area and wash it after it gets dry completely.

According to skin specialists, aloe vera is most beneficial to treat skin inflammations. The moisturizing properties of aloe vera can treat skin dryness and roughness. Also, this potent plant contains saponins and zinc. Saponins help to clean skin while zinc helps to tighten pores.

Extract half a teaspoon of aloe vera gel and apply on the blackhead prone areas. Leave it overnight and wash the face after waking up.

Blackheads and whiteheads form due to several reasons and they are considered harmful. However, whiteheads can cause painful pimples. So, to treat this skin acne, try these home remedies and adopt preventive measures to block the formation of blackheads or whiteheads.

Also, before trying any treatment, talk to a dermatologist and get proper guidance to prevent and treat blackheads and whiteheads.

How to treat different types of acne, https://www.aad.org/public/diseases/acne/diy/types-breakouts, Accessed June 17, 2021