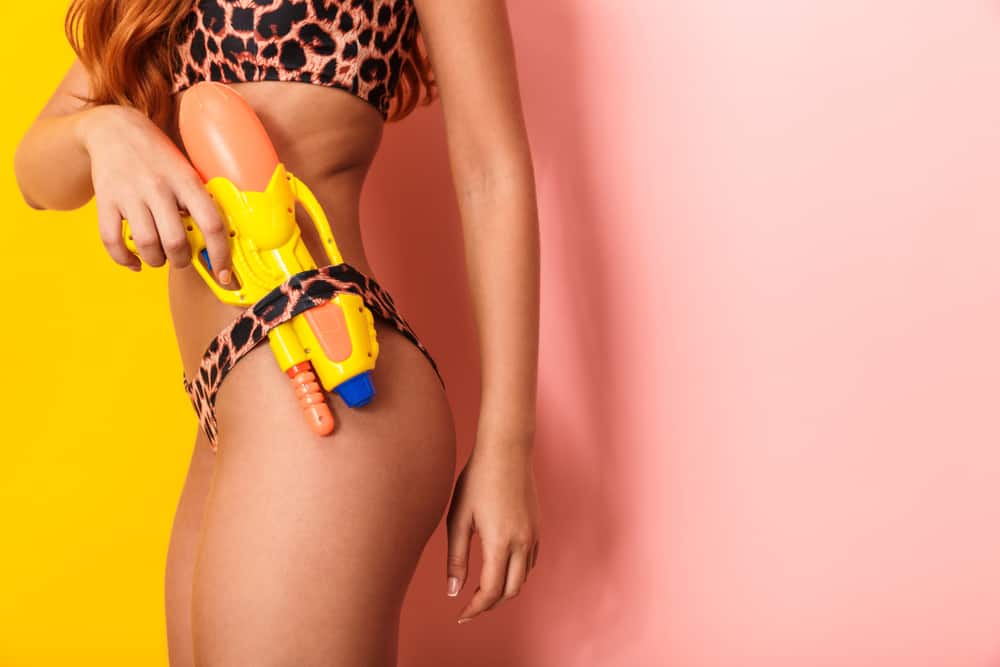 What this fluid is exactly, and what causes it to happen has been a topic of debate for some time.

However, there are also other studies that claim female ejaculation is an actual phenomenon. The results of these studies say that the fluid actually comes from the paraurethral or periurethral glands, also known as Skene’s glands. These glands are found near a woman’s urethra, and are essentially the counterpart to a man’s prostate glands2. However, not all women were found to have these glands.

What’s in the fluid?

Studying the fluid itself also produced conflicting claims. Some studies have found that the fluid is indistinguishable from urine. Other studies found a distinct difference between female ejaculate and urine and that it was similar to fluid that comes from the prostate.

Based on the most recent studies, however, there is enough evidence to suggest that female ejaculation is real. However, the function of the ejaculate and why not all women experience it is something that needs to be further studied.

There have been some hurdles in studying female ejaculation

How to squirt: Can everyone do it?

Knowing how to squirt is actually something that’s difficult to do. The prevailing thought is that it just happens to some women, and not to others.

Another factor that makes it difficult to learn how to squirt is that not all women have Skene’s glands. Hence these glands are also considered vestigial or rudimentary parts. If you don’t have this gland, then chances are, you might not be able to ejaculate.

However, not having these glands doesn’t mean that sex or orgasms are less pleasurable. Numerous women have had great sex lives even without being able to squirt.

Knowing how to squirt is just one of those things that people know innately and happens to them naturally. Consult your doctor for any other questions about sex, female ejaculation, and other relevant concerns.

What Are the Benefits and Risks of Having Sex in the Pool?