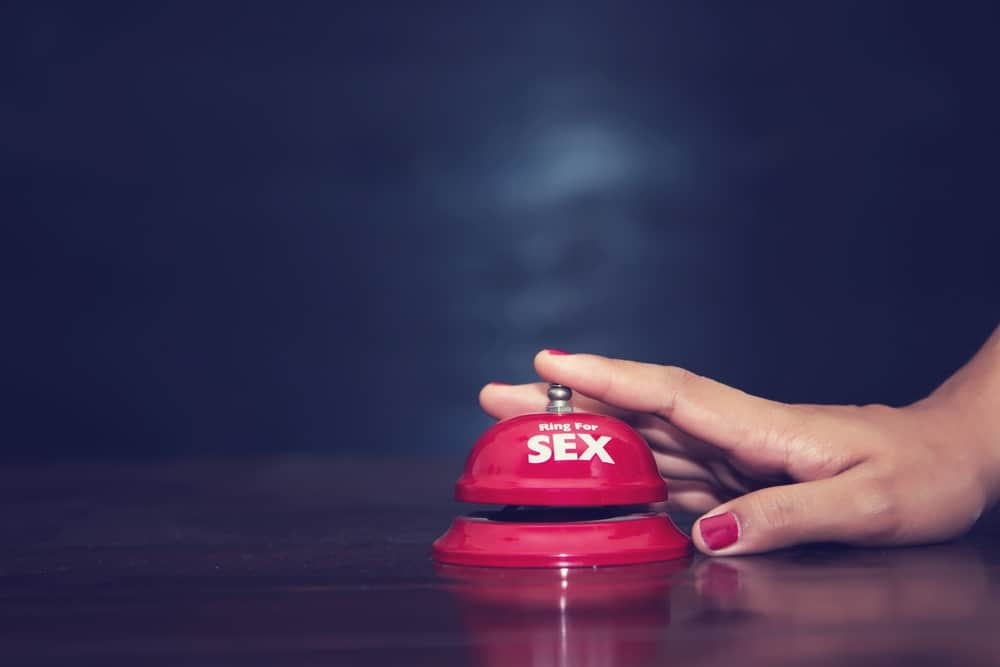 Did you know? Men think about sex an average of 19 times a day, while women think of it about 10 times daily. That’s not exactly an insignificant number in a 24-hour period. Here are some other interesting sex facts you should know; just for fun.

Sex Facts 1: Traveling together is a great recipe for better sex

A family that dines together stays together. True that! Now, we also have – couples who travel together have better sex together. A study undertaken by the US Travel Association in February 2013 found that couples who go for a vacation together at least once every year have a better chance of having a great sex life.

The survey interviewed 1,100 adults from which a whopping 77%, who took annual vacations together, experienced satisfying sex lives. In comparison, 66% of them believed their sex lives were great despite not traveling together. Not just long vacations, short weekend getaways also keep the romance alive – more than gifts.

Really a sex fact? Yes! Drinking water boosts your overall health. It is the secret ingredient for a fulfilling orgasm as well. Whoa!

About 60% of the human body comprises water and other essential fluids. So, achieving orgasm is easier when our bodies are sufficiently hydrated. The next time you feel you aren’t being able to hit the Big O, think water.

According to Durex condoms, Greece has the most sex, based on their statistics on the sale of condoms in countries. Brazil occupies second place, while Poland and Russia are a joint third, as you might believe.

A British website, SurveyDates.com, reported in 2017 that an average session between the sheets lasts 17 minutes and 5 seconds on average, excluding foreplay. The results are based on 3,836 people who had participated in the survey.

Sex Facts 5: Pumpkins are an aphrodisiac for men

Yes, this sex fact sounds weird but is true. Research conducted by the Smell and Taste Treatment and Research Center of Chicago found that the smell of pumpkin turns on men. It initiates a rush of blood to the penis, stimulating an orgasm.

In contrast to most animals having sex solely for the purpose of procreation, humans beings also have sex for pleasure. And guess who shares our pursuit for pleasure? Yes, the adorable sea mammals, the dolphins.

Do we ever keep a count of the number of thrusts while in the middle of a sex session? Hardly anyone does. A study published in the journal Royal Society Open Science mentions that average intercourse usually includes 100 to 500 thrusts. One of the most interesting sex facts, eh?

Female orgasms span way longer than male orgasms – an average of 20 seconds to only about 6 seconds, a significant three times more. This includes multiple orgasms and G-spot orgasms. This is as per the report by Dr. Michael Reitano, MD, in-residence physician at Roman, a company specializing in men’s health.

The speed of semen is 28 miles per hour on average according to a survey by the Kinsey Institute. This is significantly faster than the record speed of the celebrated sprinter, Usain Bolt, at the 2008 Olympics.

Sex Facts 10: The clitoris is a teeny-weeny penis

Yeah, we can totally imagine the shock on your face on reading this sex fact. But, you read it right! The clitoris is made from the same tissue as the penis when the embryo develops in a mother’s womb.

This tissue develops into a penis on testosterone being released in a male embryo. In the absence of testosterone, the tissue grows into a clitoris. In fact, the tip of the penis appears quite similar to that of the clitoris throughout our lives. What’s more, they act in the same way. Both become larger and experience a rush of blood once stimulated.

Remember feeling angry, sad, or depressed after sex? Many of us do, even after the sex has been mind-blowing. Worry not. This is a legit medical condition, known as Post-coital dysphoria (PCD). These intense bouts of emotions usually occur immediately after orgasm or post-masturbation. There is nothing conclusive yet to prove why it happens. It may be because of a past history of sexual trauma or as a result of hormonal surges.

If you are born with a nose that is more perceptive to appealing fragrances, there is a high probability of you having a helluva time between the sheets. Lucky you! You are likely to experience better orgasms than those women whose sense of smell isn’t as strong, as per research published in the Archives of Sexual Behavior.

Appealing fragrances do not heighten sexual desire or improve performance in bed. However, it enables quicker and better orgasm, and hence, more pleasure while you are at it. These fragrances needn’t always be initiated by diffusers and candles with your oh-so-irresistible fragrances, it can also be the smell of sweat and vaginal fluids.

Sex Facts 13: Disloyal men may have a heart attack during sex

Men cheating on their partners, beware! A hushed affair might pump your adrenaline but it brings along with it a lot of stress too. The immense anxiety to keep it under wraps and the guilt of being dishonest bears on your mind. This increases the risk of a cardiac arrest, resulting in coital death, as per the findings of a 2012 study conducted by The Journal of Sexual Medicine. After all, a guilty conscience does prick your mind.