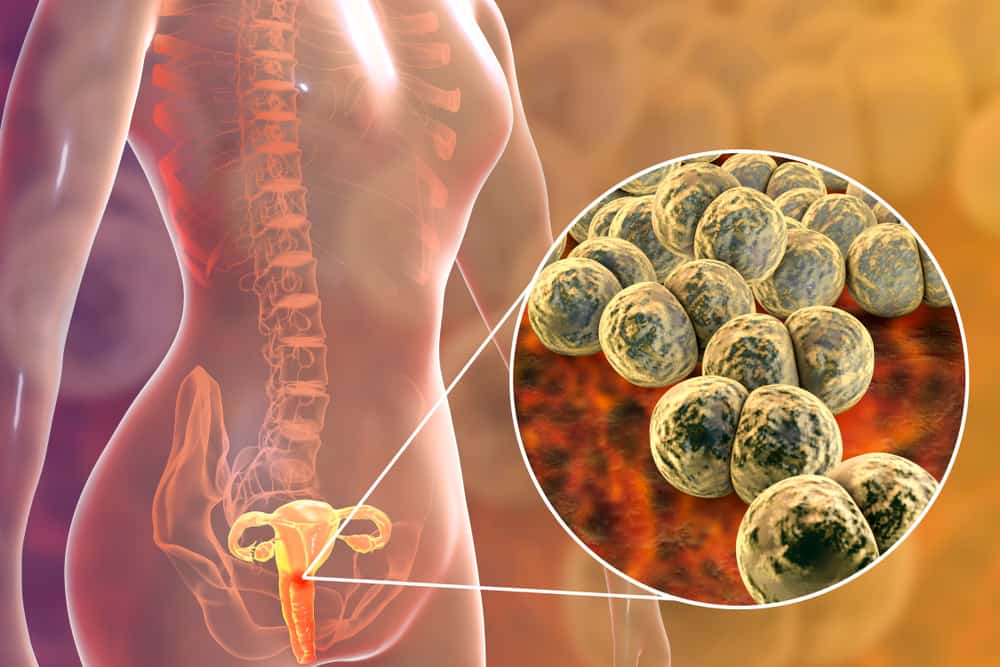 Neisseria gonorrhoeae, the organism that causes gonorrhea, breeds in warm, moist parts of the body like the urethra (the tube that discharges urine from the urinary bladder), eyes, throat, vagina, anus, and in the female reproductive tract, which includes the fallopian tubes, cervix and uterus.

Gonorrhea Causes and How to Avoid Them

Gonorrhea is contagious. People contract it through sexual contact. They can catch the bacterium simply by touching an infected person’s penis, vagina, mouth and/or anus. Thus, a man does not have to ejaculate to transmit the disease.

Infected women can transmit gonorrhea to their infant via vaginal delivery. But babies delivered through Caesarean section may be at less risk from the disease.

Gonorrhea cannot be contracted by touching toilet seats or the clothes an infected person used. Like most germs, those from gonorrhea do not survive for long outside the sick person’s body.

What are the symptoms of gonorrhea?

Gonorrhea causes a variety of symptoms.

The most common of which are the following.

Most don’t show symptoms. If there are, the signs are mild, and they include

In case you have symptoms, consult a doctor.

Gonorrhea causes symptoms in different parts of the body. For instance, gonorrhea in the rectum may make one:

What are some of the complications of gonorrhea?

How is gonorrhea treated?

A doctor can confirm if the patient is suffering from gonorrhea. Early treatment is crucial to prevent further complications that may affect other organs of the body.

Infants born with the disease, or infants that have a high risk for gonorrhea because their mother has the infection, must get antibiotics shortly after birth.

Older people who have tested positive for gonorrhea may need to take the antibiotic injection, Ceftriaxone, or a dose of Azithromycin by mouth.

It should be noted that some strains of the bacteria that cause gonorrhea are resistant to antibiotics. As with any antibiotic treatment therapy, it is crucial to finish the whole course of treatment to get the full benefits of the drug.

Failure to complete the treatment may lead to a person developing antibiotic resistance. It is also important to return to your doctor after two weeks for a follow up check-up to make sure that you have fully recovered. Only then are you free to resume sexual activity.

How to prevent Gonorrhea

To protect your reproductive health, it is encouraged that you have yourself tested for STDs and other related illnesses regularly. Consult your doctor about what tests you should take.

To reduce your risk of contracting gonorrhea, you may do the following:

Gonorrhea can affect anyone, but others may be more susceptible to the disease.

Who are at higher risk of contracting gonorrhea:

If you suspect that you may have contracted the STD, schedule an appointment with a doctor.

Testing is highly recommended if:

Health professionals are required to report cases of gonorrhea to the nearest public health department as soon as possible. From here, government health officials can locate, reach out to, test, treat cases and prevent the spread of the disease within the community. They will also reach out to those who have been in contact with the sick person to keep the disease from infecting more people.

If you have gonorrhea, go to the doctor at once. Be honest about your condition and sexual history, so the doctor can prescribe the best possible treatment and check the spread of the disease.

What are the trends in gonorrhea cases?

Gonorrhea causes serious problems when left untreated. But the disease is curable. As in most cases, awareness and early detection are the key.

HIV and AIDS: Everything You Need to Know