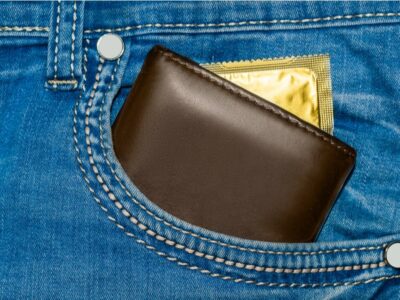 Birth control is no longer an alien concept. Now, the concept of birth control methods have gone beyond condoms for men and pills for women. Condoms for women are readily available at drug stores and male birth control pills are all set to become reality very soon.

Let’s take a look at the male birth control options – some of which are already popular while others are in their developmental phases.

They are believed to block conception by 98%, which implies that they do not guarantee complete reliability against conception and STDs/STIs.

However, condoms are considered to be more effective than withdrawal – another option for birth control. These can be used along with other forms of birth control like female condoms and female birth control pills.

Condoms are generally effective as a male birth control option when used the right way, though human error leaves scope for reduced efficacy. There are various reasons that make conception possible despite using a condom. Some of these are – not wearing it the right way, using one that is expired, is damaged with tears and holes, has a manufacturing defect, or has not been stored properly.

Keeping condoms in pockets increases the chance of damage due to heat and abrasion. These defects may lead to the semen passing through the condom and reaching the ovum, creating the risk of fertilisation. There are different types of condoms based on the material. The latex or polyurethane condoms are usually preferred over the other varieties made of lambskin and silicone.

These forms of sexual practices reduce the scope for sperms to reach the egg and fertilize it. However, there may be chances of the egg getting fertilized if the sperm reaches the vagina. For outercourse, too, condoms are advisable to prevent conception and STDs/STIs.

Withdrawal requires the man to withdraw the penis right before ejaculation so that the sperm does not reach the female ovum. Also referred to as ‘The Pull Out Method’, it is widely considered to be an ineffective form of male birth control.

This is because it may not be possible to follow every time during sexual intercourse. Besides, despite withdrawing before ejaculation, there is still a risk of some sperms reaching the egg. Using condom is way more effective in preventing pregnancies than withdrawal.

A research conducted in March 2018 made a breakthrough with male birth control pills. The pill comprised of dimethandrolone undecanoate (DMAU). The study involved 100 healthy men as participants, who were administered a daily dose of DMAU.

After 28 days, it was observed that their fertility has reduced to almost castration levels. It is an androgen/anabolic steroid/progesterone pill that can be taken once every day to control the secretion of FSH and LH, preventing the development of sperm cells. However, these are being tested for possibilities of adverse effects on other parts of the body like kidney and liver, before they can be approved.

It is a method of surgical sterilization, the results of which are usually permanent, if performed successfully. In certain cases, it can be reversed. However, even after reversal, chances of conception reduce to a great extent. Though, it also depends on the time span since vasectomy was undertaken.

In this surgery, the tubes carrying sperm to the testicles are surgically severed and sealed to make it sterile for conception.

After such a surgery, the sperms do not get released by the testicles and gradually get absorbed by the body. Vasectomy is safe and involves curable side effects like swelling, bruising, and bleeding – like any other surgery. Extreme complications are rare.

However, it prevents pregnancies but does not offer protection from STDs and STIs.

Non-surgical vasectomy is becoming increasingly more popular, thanks to the advanced technological innovations. While the method of surgically sealing the tubes carrying sperms to the testicles, called vas deferens, remains the same, the approach is different.

The scalpel used in the traditional vasectomy is replaced, and instead, an incision is made through the scrotum to create a tiny puncture in the skin with a specialized tool. This tool creates enough space for the surgeon to reach the vas deferens and undertake the surgery. This method does away with stitches that are typical of traditional surgeries. Also, there is reduced bleeding and quicker recovery.

Researchers in India have conducted a study on an injectable male birth control shot called RISUG (Reversible Inhibition of Sperm under Guidance).

It is a polymer gel-like substance that renders sperms inactive. It is injected in the vas deferens, the tube that carries sperms to the testicles. This is so that the sperms remain restricted to the testicles and can no longer be released.

A single male birth control shot is believed to remain effective for up to 13 years. The effects can be reversed only on injecting another shot that dissolves the gel. RISUG is being developed as an alternative for males who do not prefer vasectomy.

The research undertaken till date has shown a success rate of more than 97% in preventing conception. However, it is yet to get a go-ahead from the regulatory body in India. Hence, it is yet to be available at drug stores.

Yet another male birth control method that is under development, this gel is known as Nestorone-Testosterone (NES/T). It shows great potential in preventing pregnancies. It has been under research for over a decade.

The gel is believed to block gonadotropin hormones and control the production of testosterone in the testicles. This prevents new sperm cells from developing, thus, reducing the sperm count.

A clinical trial conducted in the year 2018 confirmed its ability to reduce sperm production. The male birth control gel is expected to soon be available.

Male Birth Control on the Horizon: A Man’s View http://www.ashasexualhealth.org/male-birth-control-on-the-horizon-a-mans-view/ Accessed on 03/02/2020