Is it a Cold or Something Else? Know the Signs and Symptoms of the Common Cold 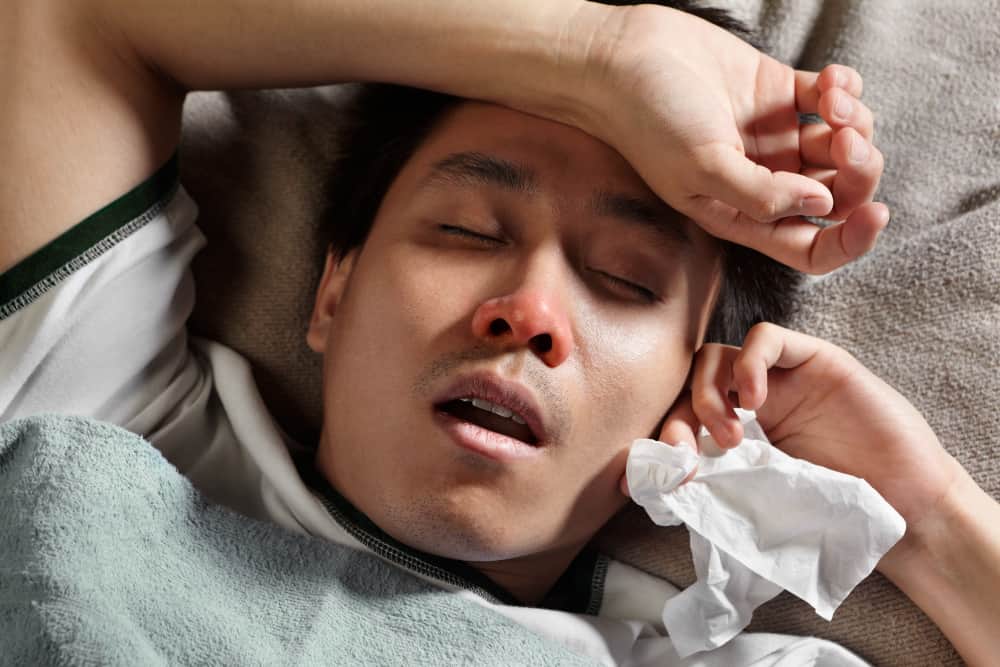 How do you know if you have a simple cold? Knowing the difference between a cold, an allergy, or the flu – or another illness – can help determine appropriate care and treatment. It is important to know the signs and symptoms of the common cold to see if rest and hydration are enough, or whether it’s time to see a doctor.

What is a cold?

A cold is a common and minor infection of the nose and throat – the upper respiratory tract – that is caused by a virus. More than 200 types of viruses can lead to the common cold. The most common is the rhinovirus, which is thought to be responsible for at least 40 percent of colds. Other viruses that can cause colds include coronavirus, respiratory syncytial virus, influenza, and parainfluenza.

Viruses can spread from one person to another, or from surface to person. One can catch a cold from someone who has a cold, through droplets from coughing or sneezing. A cold can also be transferred when someone touches a surface with the virus, such as door knob, remote control, a cup, or utensil, and touches one’s nose, mouth, or eyes.

Colds may be seasonal, but anyone can get a cold all year round. On average, adults catch colds around two to four times a year. Children get it more often, averaging six to 10 colds annually.

Rates are particularly high among school-age children, or when they have constant interactions with other kids. Because children contract the virus so often, it is important to identify the signs and symptoms of the common cold to ease anxiety and apply the best care and treatment for the child.

Signs and Symptoms of the Common Cold

Cold symptoms rarely appear suddenly and usually appear around one to two days after infection. Here are some of different signs and symptoms of the common cold:

Most people with colds will have varying degrees of these symptoms. Symptoms generally go away in about a week to 10 days. Generally, some symptoms, such as coughs, may take a while longer to resolve.

Some people may also have symptoms for more or less time, depending on their overall health. Smokers and people with asthma, for instance, experience the signs and symptoms of the common cold for a longer time compared to others.

How do you know when it is not a cold?

What’s the difference between a cold and the flu?

The cold and the flu are both respiratory illnesses and can manifest similar symptoms. However, the two conditions are caused by different viruses and a better understanding of the signs and symptoms of the common cold and the flu will help differentiate the two.

The shared symptoms of the common cold and the flu are:

When is the illness the flu rather than just the common cold? Generally, flu symptoms are more severe and felt sooner than cold symptoms. People with the flu also feel weak and tired for up to two to three weeks. Symptoms of the flu often include a headache and a fever that comes and goes, accompanied by periods of chills and cold sweats.

One way of determining if the signs and symptoms of the common cold point to something else is to determine if there is a pattern to the condition.

While the common cold is caused by a virus, seasonal allergies are immune system responses triggered by exposure to allergens, such as seasonal tree or grass pollens, or changes in the weather.

When to see your doctor

When your condition persists after a week, set an appointment with your doctor. More severe symptoms may also need medical attention, such as a fever greater than 101.3ᴼF (38.5ᴼC), fever lasting five days or more or returning after a fever-free period, shortness of breath, wheezing, and severe sore throat, headache, or sinus pain.

Tests will determine whether you have the signs and symptoms of the common cold, the flu, or something else entirely. Sometimes, colds lead to a bacterial infection in the lungs, sinuses, or ears. In such cases, antibiotics may be prescribed, which work against bacteria but not against viruses. It is important to see a doctor to rule out serious illnesses.

Complications of the common cold

Being infected with the common cold can lead to the following complications.

This condition develops when the bronchi (small tubes) in the lungs become inflamed due to either a bacterial or viral infection. If the infection is bacterial, antibiotics may be prescribed. If viral, other medications may be given to treat the symptoms until the infection goes away, since antibiotics will not affect the virus.

Symptoms of acute bronchitis include wheezing, shortness of breath, coughing, and sputum. Doctors may examine a sputum sample to determine the levels of bacteria.

Lungs are similarly inflamed in this condition, but due to the alveoli (tiny air sacs) filling with fluid. Bacteria or viruses can cause pneumonia. However, the common cold virus does not cause pneumonia. If pneumonia occurs as a complication of a cold, it is most likely to be bacterial, and antibiotics may be prescribed. Symptoms include chest pain, cough, fever, and breathing difficulties.

This condition occurs when bacteria infect the sinuses. Symptoms can be managed with nasal and oral decongestants, although antibiotics are required to treat the condition and to prevent further infection. Without antibiotics, the illness can lead to other conditions, such as bacterial meningitis in rare cases. Symptoms include headache, aching sinuses, and nasal discharge.

This inflammation of the protective membranes covering the brain and spinal cord is caused by a bacterial or viral infection. Symptoms include a fever over 102 ᴼF (38.8ᴼC), sudden and severe pain in the face or head, double or problematic vision, confusion or problems thinking clearly, stiff neck, and shortness of breath (in cases of severe meningitis).

Colds and sinus infections can trap fluid in the ear behind the eardrum. When this happens, bacteria or viruses can grow and cause an ear infection. Symptoms that can signal an ear infection can include fullness or pressure in one or both ears, pain in one or both of them, fluid that drains from the ear, and muffled hearing.

Other complications of the common cold include bronchiolitis, croup, and strep throat.

An awareness of the signs and symptoms of the common cold can help determine whether you just need to ride out the virus, or go see your doctor. More severe or a deviation from common cold symptoms can indicate the flu, allergies, other more serious complications from having the common cold.

Mayo Clinic. 2020. Symptom check: Is it a cold or allergy? https://www.mayoclinic.org/diseases-conditions/common-cold/expert-answers/common-cold/faq-20057857

7 Ways to Boost Immunity Against the Common Cold