Is Paracetamol Safe For Pregnant Parents? 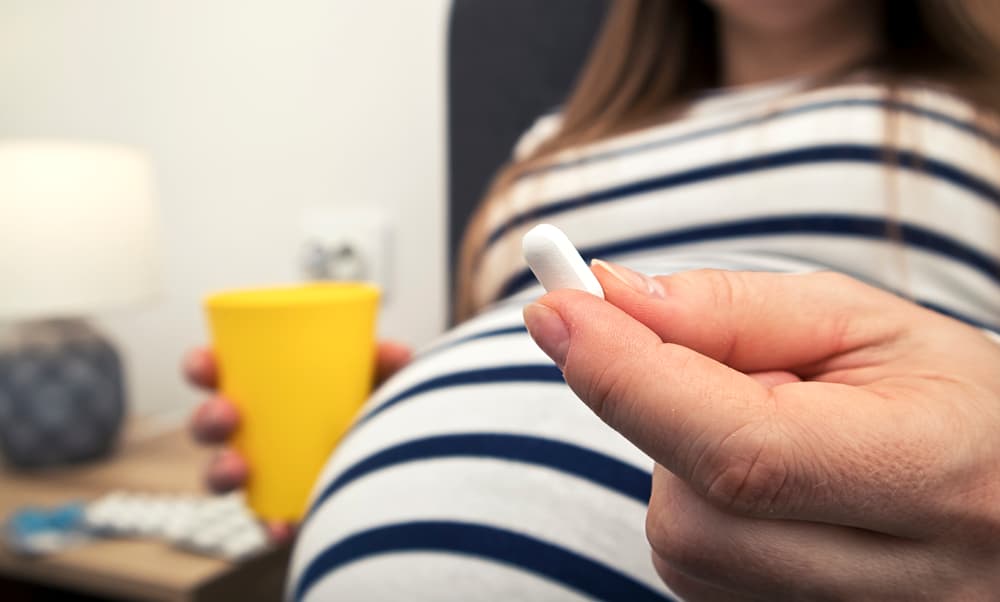 Paracetamol is a common antipyretic or analgesic treatment used by pregnant women. Paracetamol products are available without a prescription, providing easy access to self-medication. According to the latest research, about 50% to 60% of women in the United States use this drug during pregnancy. First-time moms who are extra careful with the medications they take in may ask, “Is paracetamol safe for pregnant women?”

Paracetamol (N-acetyl-p-aminophenol (APAP), also known as paracetamol) is the active ingredient in more than 600 medicines. People use paracetamol to moderate pain and control fever. Government agencies have considered it suitable for use during pregnancy when used as directed.

However, several experimental and epidemiological studies indicate that prenatal exposure to paracetamol may alter fetal development. Some studies found it to potentially increase the risk of neurodevelopmental, reproductive, and urogenital disorders.

Paracetamol is an over-the-counter drug available under a variety of brands, including pure or in combination with vitamin C and caffeine. Paracetamol appears to be safe at therapeutic doses and is not an opioid or anticoagulant. However, paracetamol is free to pass through the placenta and has a direct effect on the fetus. Several studies address the question of whether paracetamol during pregnancy affects the outcome of pregnancy or the health of children.

Some studies suggest that taking paracetamol daily or most days of late pregnancy may slightly increase the likelihood of breathing or asthma in children. However, other factors may be responsible for the development of asthma in the child. The illness that the mother has and why had to use paracetamol during pregnancy may be the cause, instead of paracetamol itself.

There are several studies, however, that suggest an association between prenatal exposure to APAP and the outcome of neuro-development. These studies suggest that use of paracetamol during pregnancy may increase risk of low IQ, ADHD, and ASD in children.

The Yale School of Public Health has previously contributed to published research that raises questions about the drug’s safety. One of their studies correlates paracetamol intake during pregnancy with an increased risk of attention deficit hyperactivity disorder (ADHD), and impaired cognitive and executive function.

There are also some studies that suggest a possible association with mild developmental retardation (including language delay) and hyperactivity. This association became stronger after using paracetamol for more than 28 days during pregnancy. It is not clear whether these findings are related to paracetamol or other factors.

Preeclampsia is a syndrome characterized by the development of hypertension and proteinuria, target organ dysfunction, or both, 20 weeks after pregnancy in a woman who was previously normotensive. Women with pre-existing (chronic) hypertension, accelerated hypertension and proteinuria, organ dysfunction, or both all have appeared to have preeclampsia after 20 weeks. Preeclampsia also predicts an increased risk of cardiovascular and metabolic disorders later in a woman’s life

Preeclampsia occurs in 3-8% of pregnancies worldwide and can develop into a fatal multiple organ syndrome.

Is Paracetamol Safe For Pregnant Women?

There are still ongoing studies to determine the safety of paracetamol for use by pregnant women. Paracetamol is still the safest drug as an analgesic for septic pain and as an antipyretic during childhood and pregnancy. There is no medical alternative to paracetamol. Children and pregnant women can still use paracetamol without fear of side effects. Doctors recommend using paracetamol in the shortest possible time with the minimum effective amount.

To avoid potentially serious complications, you should only use paracetamol during pregnancy when there is no safer option to relieve pain and fever.

If you’re considering paracetamol for pain management and the like, always consult your doctor.

Paracetamol use during pregnancy — a call for precautionary action

Increased risk of preeclampsia after use of paracetamol during pregnancy – causal or coincidence?

Scientific Team, Including YSPH Researcher, Warn Against Use of Acetaminophen by Pregnant Women

Use of paracetamol during pregnancy and child neurological development

Is acetaminophen safe in pregnancy?

Use of acetaminophen during pregnancy and risk of preeclampsia, hypertensive and vascular disorders: a birth cohort study

Pregnancy Complications: What Diseases and Conditions Can Cause Problems During Pregnancy?

Most Important Vitamins and Nutrients During Pregnancy