Itching During Pregnancy: Should You Be Worried? 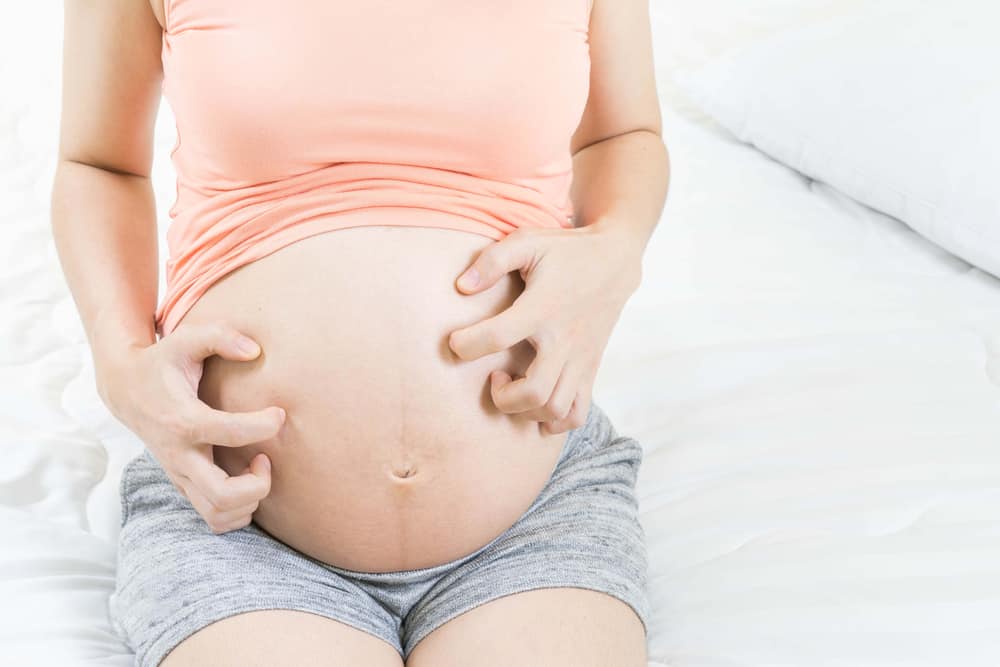 Itching is a common occurrence in pregnancy, and its cause may come from a number of factors. Oftentimes, itching during pregnancy becomes a concern because pregnant women are unsure whether or not this is a sign of a serious illness. Mild itching is usually nothing to worry about, but severe itching can be a sign of a condition that needs medical attention.

It is essential for pregnant women to educate themselves about itching during pregnancy so that they may know what actions to take should they feel symptoms. Ultimately, this knowledge will also help them to learn the difference between mild itching and severe itching and to seek medical help when needed.

What Causes Itching During Pregnancy?

Mild itching is not a cause for alarm for pregnant women. And its treatment is quite easy to do as the symptom rarely needs any kind of medication.

Here is what you should do if you experience mild itching:

Take note, these treatments only apply to mild itching. When a pregnant woman experiences severe itching, this can be a sign of serious illness and must be treated at once.

When Should I Be Worried and Seek Help?

Due to the complications of intrahepatic cholestasis, doctors recommend undergoing labor before the scheduled due date. Remember, once a pregnant woman experiences severe itching, she should seek medical help immediately.

This case of itching involves a disorder of the liver. This condition affects a small percentage of pregnant women and usually occurs during the last three months of pregnancy.

Cause of Intrahepatic Cholestasis

The cause for this severe itching during pregnancy is unknown, although doctors have speculated that genes play a role as there have been cases where intrahepatic cholestasis runs in families.

Another cause may also be due to hormones. Pregnancy hormones rise as a pregnant woman gets closer to giving birth.

Doctors believe that the increase of pregnancy hormones slows down the flow of bile to the liver. In turn, this leads to bile build-up in the liver and causes intense itching.

The main symptom for this condition is severe itching during pregnancy without a rash. These itchy areas are commonly experienced in areas such as the soles of the feet and the palms. There is also the possibility where itching occurs in other parts of the body as well.

The itching is so severe that it makes a pregnant woman feel uncomfortable to the point that they cannot bear it, and usually the itching gets worse at night.

Other symptoms for intrahepatic cholestasis include:

Usually, the itching goes away once the baby has been delivered.

Treatments range from creams and other topical medicines (calamine lotion) to medications that help in reducing bile salts.

Pregnant women with intrahepatic cholestasis will also be offered vitamin K supplements because this condition affects the absorption of vitamin K.

As for prevention, there are no known preventive measures that can be done to prevent this liver disorder from happening.

Pregnant women should not ignore itching, whether it is mild or severe. They must always consult a doctor if they feel something unusual, such as severe itching during pregnancy. That way, any complications can be prevented.

This calculator is for women who want to know what their healthy weight gain range during pregnancy is, based upon what their weight was before they became pregnant.

Pregnancy Complications: What Diseases and Conditions Can Cause Problems During Pregnancy?