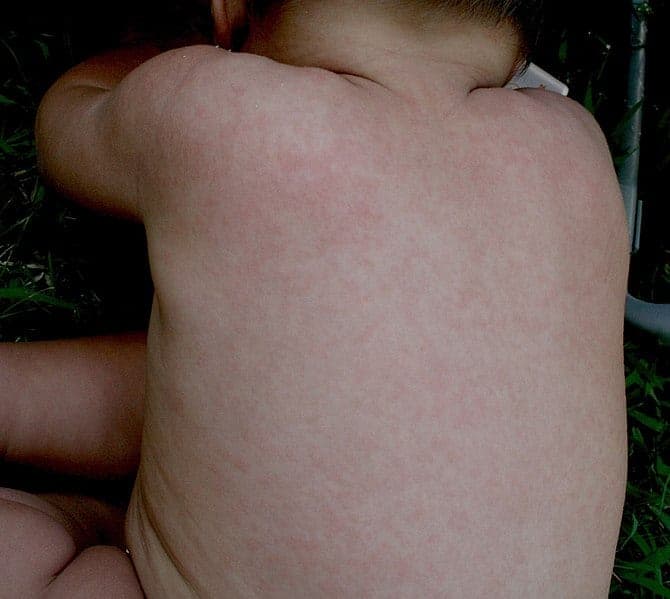 Roseola infantum is a very common viral infection that causes fever and rashes among younger children. This occurs in children from 6 months to 2 years in age. Sometimes, adults can catch this condition as well. Learn more about this condition, and the kinds of roseola infantum treatment.

Most children develop roseola infantum after 5 to 15 days of exposure to the virus. It is very infectious and spreads quickly.

Once a person comes in contact with roseola, symptoms quickly start to appear. They are quite similar to flu and fever symptoms. Here are the most notable ones:

The appearance of symptoms depends on each person. Sometimes, a child might have fever without the rashes. Additionally, none of the symptoms are severely harmful. However, if you believe that your child has experienced a seizure, it is best to seek out a doctor immediately.

Roseola infantum is a contagious illness. The infection spreads when a child with roseola speaks, coughs, or sneezes in a public area, which can cause tiny droplets in the air or land on flat surfaces. If other children touch or come in contact with these droplets, they are susceptible to infection.

The most common cause of roseola is the human herpes virus type 6. It can also come from another member of the herpes group, type 7. Despite coming from the herpes group, roseola does NOT cause herpes to develop.

Since this is a contagious virus, roseola is able to spread from person to person quickly. Any type of contact with droplets from an infected person may result in contracting the virus. However, an infected person is only contagious during the fever portion of the sickness. Once rashes appear, they will no longer be contagious.

Infections and the spread of this virus occur at any time of the year. While contagious, it does not cause wide outbreaks like chickenpox.

Since the initial signs and symptoms of roseola are quite similar to other illnesses, it can be a bit difficult to diagnose. Fever, coughing, or rashes can all be indicators of various childhood illnesses.

If a child is suspected of having roseola, the doctor will begin the diagnosis by reviewing the child’s medical history. Roseola will be confirmed once the fever dissipates and the telltale rashes appear. Occasionally, a blood test may be done by doctors to check antibodies to roseola.

Right after the rashes appear, doctors may conduct other tests to see if the fever was not caused by other infections or illnesses.

Despite its contagiousness, roseola is very mild and, most of the time, does not require a trip to the hospital. Any treatment, if needed, will likely focus on lowering the fever or managing a seizure, if it happens.

Most children will quickly recover from roseola within or after a week of having a high fever. The only medication a doctor will likely prescribe is over-the-counter ones like ibuprofen and acetaminophen.

Roseola infantum treatment focuses on lowering fever or managing seizues. Otherwise, the body will naturally recover after contracting it.