The Chickenpox Vaccine: What To Know Before Giving It to Your Child 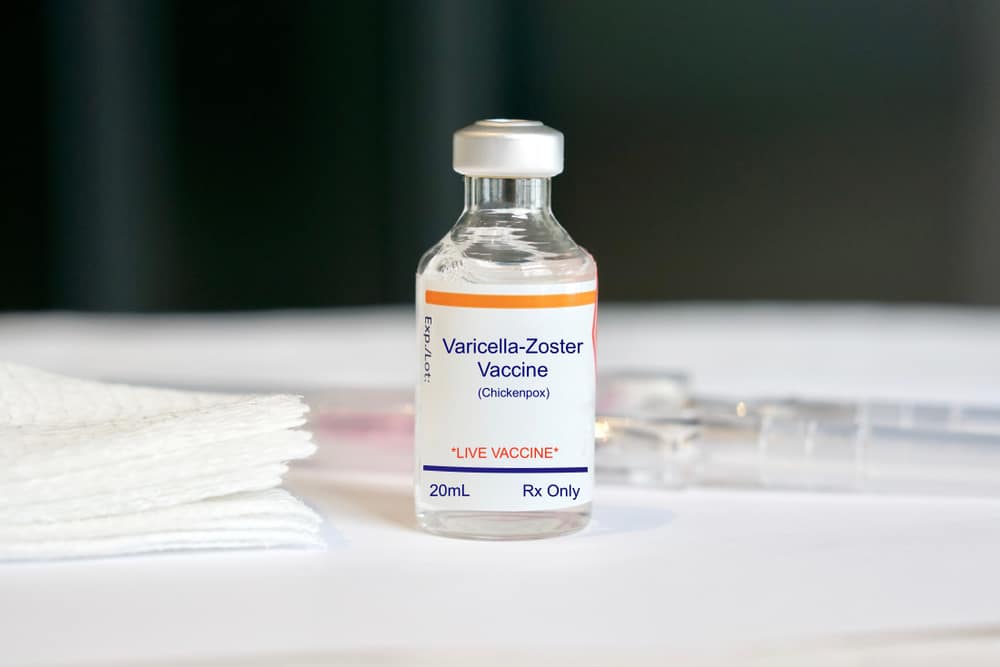 Take one look at the list of vaccination shots in your child’s baby book, and you’ll see that the chickenpox vaccine is one of them. How do you know if your child needs it? And what should you know before the administration of the vaccine?

The varicella-zoster virus is responsible for chickenpox. It generates itchy and irritating rashes with small, fluid-filled blisters. It is a highly contagious disease. Anyone who has never had chickenpox or those who have not gotten the chickenpox vaccine are at risk.

Typically, those with chickenpox undergo three stages. First, the papules, which look like raised pink or red bumps, can break out after several days to turn into small fluid-filled blisters. Next, these vesicles that form usually break and leak. Finally, in the last stage, scabs form on top of the damaged blisters and take several days to heal.

Despite normally being a mild disease, chickenpox may sometimes lead to complications such as (but not limited to) the following:

Because of these complications, it may, in rare cases, lead to death.

Why Does Your Child Need the Chickenpox Vaccine?

Chickenpox is most common to children as it is a highly contagious and communicable disease. The varicella-zoster virus (VZV) can be transmitted from person to person through coughing, sneezing, as well as direct contact.

The virus is said to be infectious from 1-2 days even before the skin lesions show. Kids normally play with other children which may put them at a greater risk of catching the disease.

Immunization shots, such as the chickenpox vaccine, can help prevent the spread of the infection. It can also help kids avoid major complications from chickenpox and prevent them from acquiring shingles. Immunized children who contract chickenpox (or “breakthrough chickenpox”) usually have a considerably milder case. They have fewer lesions, a lower fever, and may even recover faster.

What Is the Appropriate Chickenpox Vaccine Dosage and Schedule for Children?

The Centers for Disease Control and Prevention recommend that children, adolescents, and adults who have never had chickenpox nor have been vaccinated should receive two doses of the chickenpox vaccine. The first dose should be given to children between the ages of 12 and 15 months, and the second dose (or the booster shot) should be given between the ages of 4 and 6.

Some pediatricians and doctors may suggest having it alongside the MMR vaccination. This type of vaccine provides immunity and protection against measles, mumps, and rubella.

Are There Any Side Effects to the Vaccine?

Although the chickenpox vaccines are known to be effective and safe, all drugs and medications may cause potential side effects. A mild chickenpox-like rash can appear 5 to 26 days after the varicella vaccine.

A person may experience some side effects common to any vaccine. These include:

When Do You Need to Consider Delaying Immunization?

There are some cases where doctors may put the immunization. This is usually when a child experiences one or more of the following:

Pregnant women are not recommended to have the shot because of its underlying effects and reactions.

In general, everyone should get the chickenpox vaccine to fight off the infection. But before getting the shot, it is important to consult your doctor. The chickenpox vaccine is safe, but it is always good to know the possible reactions and side effects your child might experience.

Chickenpox Vaccination: What Everyone Should Know, https://www.cdc.gov/vaccines/vpd/varicella/public/index.html Accessed October 12, 2021

Bulutong Ba Yan? What To Do When You See Chickenpox Rash

The Importance Of Immunization: Myths About Bakuna, Debunked