Everything You Need to Know About Neonatal Pneumonia 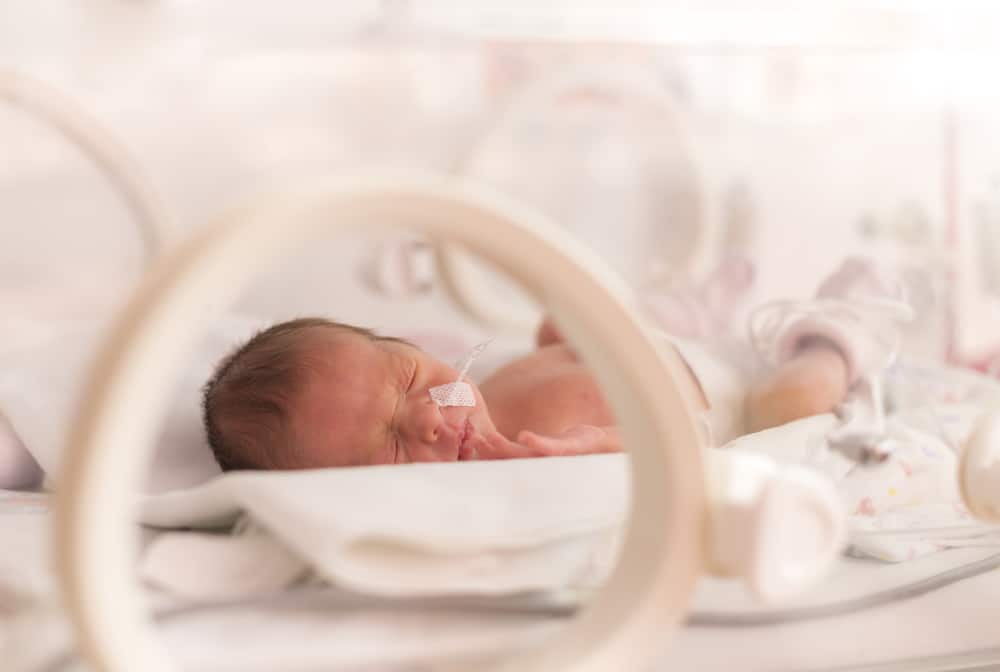 Premature babies are those who are born before the 37th week of pregnancy. Also called “preemies,” they are at risk of a lot of illnesses because of their low-birth weight and compromised immunity. One of the diseases preemies may face is neonatal pneumonia, an infection of the lungs that may come alone or together with other infections. Here’s what parents need to know about neonatal pneumonia in premature babies.

What is Neonatal Pneumonia?

When we say pneumonia, it means that there is an infection of the lungs. Particularly, it denotes that due to the infection, the grape-like air sacs called alveoli have pus and other fluids in them.

Our alveoli function is in charge of gas exchange–the process of getting oxygen and releasing carbon dioxide. This means that these air sacs are not supposed to have anything but air in them.

With pneumonia, the alveoli are filled with pus and other fluids. Thus, patients will have a hard time getting oxygen. Neonatal pneumonia occurs when the one affected is a newborn.

According to reports, pneumonia is the most common invasive bacterial infection next to primary sepsis. Hence, it s often bacterial in origin.

Two types of pneumonia can affect premature or full-term neonates. They are:

Various types of bacteria can cause neonatal pneumonia. Babies can get them from the genital tract of their mother or in the nursery while staying in the hospital. Examples of bacteria that may cause pneumonia are:

There’s also a type of pneumonia caused by chlamydial organisms. Babies get it from their mother who has a chlamydial infection. Although preemies may be affected by this, it can happen anytime from when the baby is 2 weeks to 18 weeks old.

If a chlamydial organism caused the preemie’s pneumonia, they may also exhibit conjunctivitis and eosinophilia–a condition marked by an increased number of eosinophils, a type of white blood cell.

Important note: Although bacterial infection is the common cause of neonatal pneumonia, some types of viruses and even fungi can also cause it.

By default, babies are already “immunocompromised.” This means that they have less protection from various illnesses and infections compared to older people who have a fully-functioning immune system.

Now, a premature baby has a weaker immunity than a full-term newborn. This makes them even more prone to developing neonatal pneumonia. The same is true for babies who have disorders affecting their immune systems.

Additionally, the following factors also heighten the risk as they increase the baby’s exposure to the different pneumonia-causing organisms:

Since pneumonia is an infection that involves the lungs, a newborn may manifest the following signs and symptoms:

Preemies with pneumonia may experience rapid breathing (primary sign). During a physical examination by a doctor, they may also produce sounds like wheezing or grunting during respiration.

Because the lungs are affected, babies may also have difficulty breathing. Doctors and caregivers will notice this when they see the following:

Change in the Respiratory Secretions

Due to the infection, preemies may also manifest:

Note that parents should be careful with poor feeding as it may lead to dehydration. Finally, in some cases, the baby may show signs of oxygen deprivation like bluish or greyish lips and fingernails.

Normally, neonatal pneumonia happens while the preemie is in the hospital. The doctors and nurses monitoring the neonate will be able to spot the signs and symptoms and will quickly make a diagnosis with a chest x-ray, complete blood count (CBC), and bacterial culture.

The treatment for neonatal pneumonia depends on the cause. But since the common cause is a bacterial infection, doctors will most likely prescribe antibiotics. They will also consider the type of neonatal pneumonia, whether it’s early-onset or late-onset.

Since early-onset neonatal pneumonia is normally a part of generalized sepsis syndrome, the treatment for the two is similar. As for late-onset, many doctors use broad-spectrum antibiotics to treat the condition.

Aside from antibiotic therapy, neonates suffering from pneumonia may also need an increased amount of oxygen.

What Can Parents and Caretakers Do?

While in the hospital, parents and caretakers must follow the doctor’s orders and the protocols when it comes to things like feeding and handling the neonate.

For instance, if parents will be allowed to visit the baby, they must wash their hands thoroughly and wear the appropriate protective equipment, like masks, goggles, and gown. Most importantly, never let anyone who is sick visit the baby. These things are done to protect the newborn from further infections.

If the premature baby is having a hard time suckling, the doctor may order tube feeding. Parents can also talk to them about the possibility of providing breast milk.

Everything You Need to Know About Breastfeeding

Prevention of neonatal pneumonia is quite tricky, especially when we are talking about premature babies. According to some experts, as of now, the prevention focuses on three things, namely:

Neonatal pneumonia in premature babies could be life-threatening, especially when it comes as a part of neonatal sepsis. As the infection affects the entire body, it might cause complications to different organ systems.

In this situation, prompt treatment is crucial, especially since the mortality rate is higher for babies who have low birth weight, a common condition when the baby is born prematurely.

Microcephaly: Everything About the Rare Birth Defect