Keeping Your Home Safe During the COVID-19 Pandemic 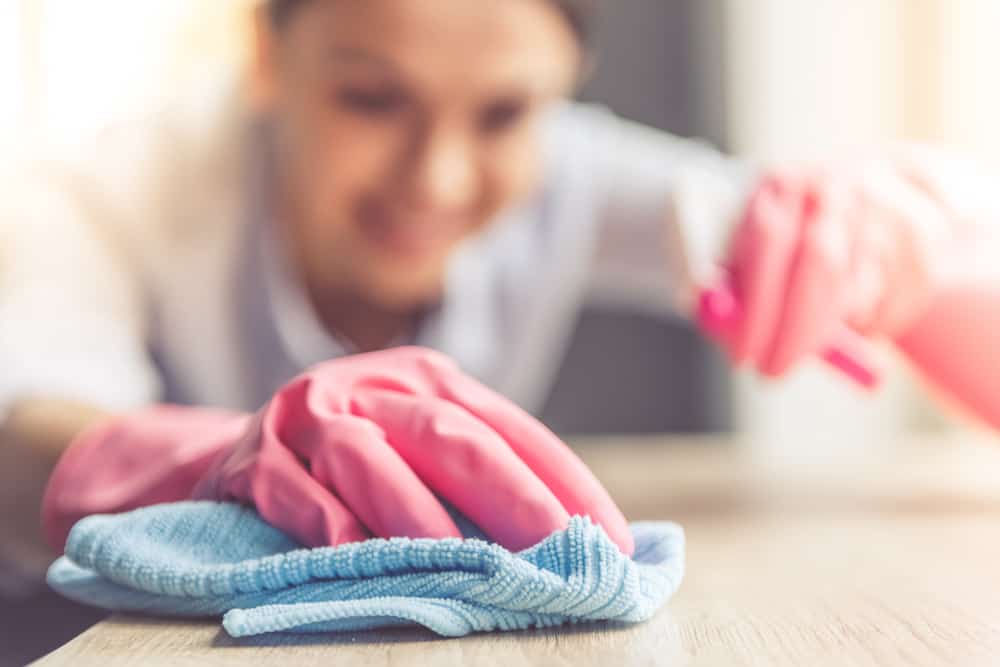 When it comes to stopping the spread of COVID-19, it’s important to follow the preventive measures provided by the medical community. This includes practicing social distancing, proper hand washing, self-quarantine, and maintaining a clean home during COVID.

The World Health Organization’s (WHO) China Country Office first received a report of pneumonia due to unknown cause last December 2019. This later would be confirmed to be caused by COVID-19. Since then, it has continuously affected thousands of people worldwide.

This has already surpassed China, where the first case was reported. They have only reported over 80,000 confirmed cases with more than 3,000 deaths.

In the Philippines, there have already been over 4,000 positive cases (as of April 9, 2020 and the numbers are increasing every day. The global effect of this disease prompted the WHO to categorize this as a pandemic.

COVID-19 is an infectious disease caused by a newly discovered coronavirus. It primarily spreads via droplets of saliva or discharge from the nose when a person with COVID-19 coughs or sneezes.

People within close proximity are most at risk, because these droplets can enter their bodies through their eyes, mouth and nose. When this happens, the virus can make its way into their lungs. Those infected will experience mild to moderate respiratory illness, while those with underlying medical problems may contract severe illness.

How to Protect Yourself from COVID-19

The WHO released basic protective measures to keep the virus from spreading. They encourage the public to practice the following:

According to a new study, the COVID-19 virus stays stable for several hours to a few days. Scientists have found that it is detectable in aerosols for up to three hours. The virus also remains on copper for up to four hours, and up to 24 hours on cardboard. In addition, it can survive up to two to three days on plastic and stainless steel.

With the possibility of contracting the virus from contaminated objects or surfaces, keeping a clean home during COVID is a must. Here are a few tips to keep your home safer.

The Benefits of Keeping a Clean Home During COVID-19

Experts have found that the COVID-19 virus can easily be destroyed by most disinfectants. This means that you can easily keep a clean home during COVID with simple cleaning products. Regular cleaning should be done with focus on high-touch surfaces such as faucet handles, doorknobs, stair rails, and countertops.

You may use disinfecting wipes or sprays like Lysol, which work to eliminate germs and viruses. The Environmental Protection Agency also released a list of approved cleaners that can neutralize the virus on surfaces. If commercial cleaning solutions are unavailable, there are Do-It-Yourself remedies that can be made at home.

Keeping a clean home during COVID can be achieved using simple products:

Disinfecting can be done every few days when no one in the house is sick. But if someone is not feeling well, the house should be cleaned once a day. Making a checklist of areas that should be cleaned can help ensure that a clean home during COVID is maintained.

Additional Tips to Keep in Mind

Sanitizing household items and disinfecting common areas are a must when it comes to maintaining a clean home during COVID. But some of the most frequently touched items that are often overlooked are electronics. Tablets, touch screens, keyboards, and remote controls are considered high-touch items. Putting wipeable covers can help, along with cleaning them with alcohol-based wipes or sprays.

How to Make Your Food Safe to Consume

As mentioned, the virus can survive up to 72 hours on certain surfaces. This means that keeping a clean home during COVID also requires being mindful of what you bring into it. This includes the food that is put on the table. When buying groceries, disinfect your produce and other items

It is advised to leave your groceries outside for 72 hours to let the virus become inactive. If this cannot be done, there are still some actions that can be taken to help keep a clean home during COVID.

Countries, including the Philippines, are adopting strict measures to fight this pandemic. Social distancing and community quarantines are implemented in several areas to ensure public safety. As individuals, we can do our part in preventing the spread of the virus by making sure that we practice proper hand washing, self-isolate, and maintain a clean home during COVID.

Always keep in mind the different ways to keep the home clean and sanitized. Disinfect items that are high-touch and coming from the outside. And take the extra steps needed when doing the laundry. These tips, along with the basic protective measures shared by WHO, can help significantly in fighting the epidemic and flattening the curve.