Stay informed. Learn all you need to know about COVID-19. 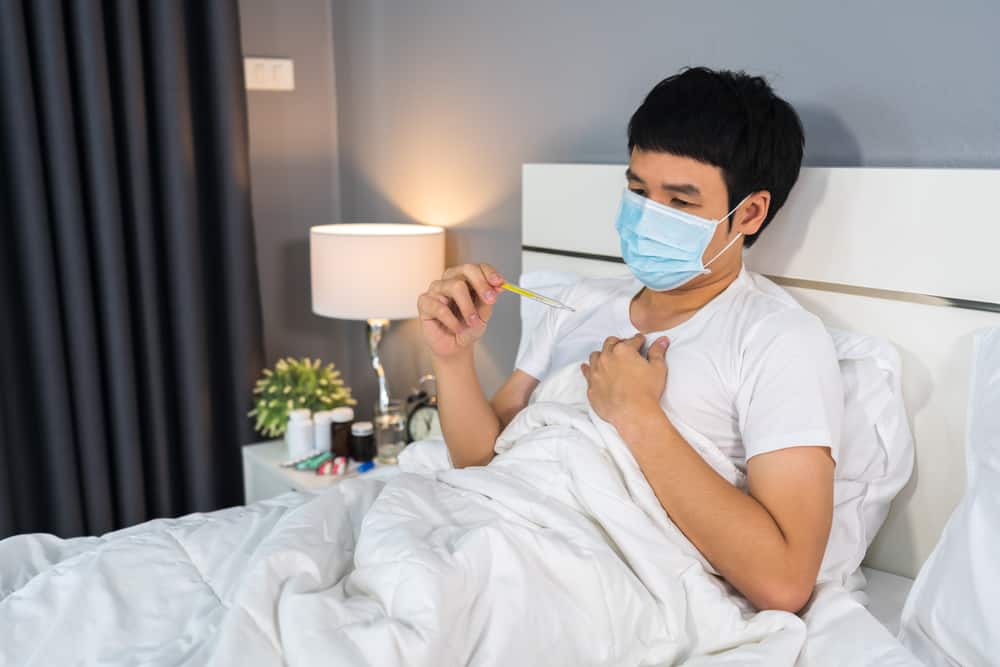 With the numbers of active COVID-19 patients on the rise, people can’t help but be worried about coronavirus reinfection. Is it possible? Can you get the coronavirus twice? In this article, we will take a closer look at COVID reinfection and immunity.

What is COVID Reinfection?

Before we move along with our discussion, let’s first define what a “ COVID reinfection” means.

Getting the virus twice, or what experts call ‘reinfection’, means that you have recovered and tested negative for the virus. But then, after some time, you tested positive again.

And it’s not because you got traces of the virus left in your body, but because, somehow you got infected for the second time.

Essentially, this means that your latest infection is separate from the initial infection.

Can I Get Coronavirus Twice?

Doctors and health experts across the globe still have a lot of questions about the virus that caused the pandemic. One of them is, is there a possibility of reinfection?

New evidence suggests that it can happen.

They found the “strongest indication” in Hong Kong after a 33-year old man tested positive the second time.

According to reports, the man got the virus in March, was confined when he experienced mild symptoms, recovered, and eventually got discharged after testing negative twice.

On August 15, the man arrived in Hong Kong after traveling in Europe. As per protocol, the authorities tested him for the coronavirus.

When the results came back, he was positive even though he didn’t have symptoms. Experts say that he got the viral strain which was circulating in Europe, probably in July or August, and that it was different from his initial infection.

With researchers saying that it’s the world’s first documented case of reinfection, it’s safer to say that getting the coronavirus twice is possible.

Why is Reinfection Possible?

Reinfection happens because despite recovering from the initial infection, our bodies do not change extensively.

To put it simply, after recovery from the infection, we still have the same types of cells, such as respiratory cells that the virus can attach to. Just because patients are cured doesn’t mean that the recovered cells will prevent future infections.

Despite the possibility of reinfection, studies truly indicate that patients who recover from COVID-19 gain some kind of immunity against the virus.

This immunity is due to the development of antibodies and memory cells.

If reinfection happens, the memory cells will “remember” the pathogen and encourage faster production of antibodies against the infection.

Because of this efficient system, the infection will be restrained before the patient suffers too much or even develops symptoms. This is the “immunity” we’re talking about.

However, researchers still cannot fathom how long the immunity lasts. As the experts would explain, the immunity could last for a few months, a few years, or a lifetime.

If I Develop COVID Reinfection, What Will Happen?

When it comes to COVID reinfection and immunity, it’s first important to understand the possible outcomes:

The bottom line, according to reports, is that once you get the infection, you shouldn’t assume that you will have lifetime immunity.

However, even with the possibility of reinfection, experts are urging the public not to panic.

With COVID Reinfection, Will I be Contagious?

Mounting evidence suggests that asymptomatic patients could still be contagious.

Thus, even if you don’t have any symptoms after reinfection, it’s advisable to still follow safety protocols and consider yourself infectious.

Moreover, if you recovered from the infection and experience the symptoms once again, immediately isolate yourself and inform the health authorities in your area.

Do We Have Cases of COVID-19 Reinfection in the Philippines?

As of now, we need more studies to see if reinfection is already present in our country.

If you’ll remember, Senator Sonny Angara announced before that he tested positive for COVID after several weeks of recovery.

However, his doctors believe that the positive result was not due to reinfection. But rather, it’s because of the “remnants of the virus” in his system.

Furthermore, they believe that even with the second positive result, the senator was no longer contagious. After all, his wife tested negative for the virus. Nevertheless, Senator Angara underwent self-quarantine to be on the safe side.

DOH Spokesperson, Ma. Rosario Vergeire agreed with the doctor’s analysis. She said that the health experts do not consider RT-PCR testing (swab test) as a good measure of recovery.

This is because it’s possible for the virus to still be in the patient’s system long after they recovered.

When it comes to COVID reinfection and immunity, having a clear mind is important. Equip yourself with the knowledge of the signs and symptoms and research about your community’s communication channels when someone is possibly COVID-positive.

Coronavirus reinfection – what it actually means, and why you shouldn’t panic
https://rappler.com/science/life-health/coronavirus-reinfection-what-it-actually-means-and-why-you-should-not-panic?utm_medium=Social&utm_campaign=Echobox&utm_source=Facebook#Echobox=1598431476
Accessed August 26, 2020

Can You Get Coronavirus Twice? New Research Suggests It May Be Possible
https://www.health.com/condition/infectious-diseases/coronavirus/can-you-get-coronavirus-twice
Accessed August 26, 2020

Can you catch the coronavirus twice? Here’s what research says.
https://www.advisory.com/daily-briefing/2020/07/24/covid-reinfection
Accessed August 26, 2020

What to do if you get coronavirus symptoms again
https://www.nhs.uk/conditions/coronavirus-covid-19/self-isolation-and-treatment/what-to-do-if-you-get-symptoms-again/
Accessed August 26, 2020

Should I worry about catching COVID-19 twice?
https://newseu.cgtn.com/news/2020-06-12/Should-I-worry-about-catching-COVID-19-twice–RfeVd4yzZu/index.html
Accessed August 26, 2020

Some people can get the pandemic virus twice, a study suggests. That is no reason to panic
https://www.sciencemag.org/news/2020/08/some-people-can-get-pandemic-virus-twice-study-suggests-no-reason-panic
Accessed August 26, 2020

COVID-19: Why Do Some Survive and Others Don’t?