What Herbs Are Safe for Pregnancy? 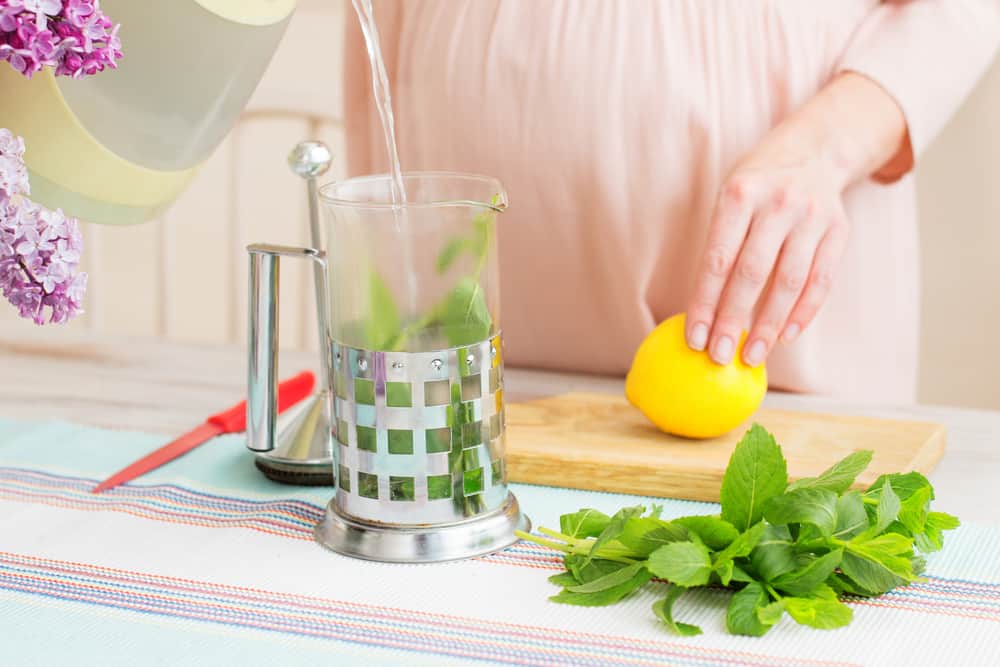 Medicines are essential to treat illnesses, but many have unwanted side effects. People turn to herbal remedies to potentially save money and avoid side effects they experience. Because pregnant women are part of a special population, it is important to know what herbs are safe for pregnancy.

It is important to note that most herbs listed here are safe in normal amounts used in cooking. High doses taken daily may harm you or your baby. Before taking any medications or herbals products, it is always important to consult with your physician.

Herbs that can be used while pregnant

Peppermint is a refreshing and cool herb, but it has more benefits than just preventing bad breath.

The fresh leaves can help relieve nausea, vomiting, and gassiness. It is beneficial for women who are dealing with morning sickness.

If you don’t have access to fresh peppermint, you can find peppermint tea in many grocery stores and health shops.

VCO is a versatile superfood. Virgin coconut oil is great to use on dry skin and hair. A recent study has also shown that virgin coconut oil may be effective against COVID-19 due to its antiviral properties.

It is a source of medium-chain triglycerides which are said to be effective at controlling cravings and preventing weight gain.

So far, there have been no adverse effects while using VCO and it is considered safe to use during pregnancy.

Ginger, or luya, used in food and drink is a good way to add refreshing flavor and health benefits. It can be peeled and sliced and steeped in hot water to make salabat tea. You can add honey and lemon or calamansi to add flavor and a boost of vitamin C.

This is a great herbal remedy for soothing a sore throat or prevent a cold early on. It is also said to help with nausea which can ease morning sickness. If you do not have fresh ginger, you can buy the powdered version.

Pregnant women often suffer from constipation at some point during gestation. Adding fiber to your diet is an effective and natural way to improve bowel motility and form softer, bulkier stools. Eating more fruits, vegetables, and whole grains are great ways to include fiber in your diet. If that is not enough, psyllium with plenty of water can help.

Constipation During Pregnancy: How to Manage it

Capsicum is the compound that gives chili pepper its spiciness. It has been used to relieve pain when applied topically. You can find topical ointments and patches that contain capsicum in most drug stores. Because it is mainly applied topically it will not affect your organs or your baby.

Always wash your hands thoroughly after handling anything with capsicum to prevent irritation and burning, especially of the eyes and mouth. Eating spicy food is also safe, despite some myths, though if you already experience heartburn it may worsen it.

Herbs that are not safe during pregnancy

Fenugreek is a popular herbal supplement available at most health food and specialty shops. It is a digestive aid and an appetite stimulant. The herb may affect hormone levels which can be helpful for certain conditions like diabetes, dyslipidemia, and thyroid conditions.

Pregnant women should avoid fenugreek, as animal studies have shown that it stimulates the uterus and may induce abortion.

This herb is common in topical products and as a juice. Aloe vera is effective at moisturizing and soothing the skin. While it is completely safe to use the freshly cut aloe vera on the skin, it should not be ingested during pregnancy.

Also known as kola nut, a plant native to areas of West Africa. The plant is not common in the Philippines but cola is an ingredient in many soft drinks. Not only do these soft drinks contain high amounts of sugar, they also have caffeine from the cola. Avoid both excessive sugar and caffeine during pregnancy.

While the cure for COVID-19 has not yet been discovered, people have been promoting the use of traditional Chinese medicines. Ma huang, or ephedra, relieves respiratory symptoms like cough, congestion, and runny nose caused by asthma or the flu. Several weight-loss supplements and performance-enhancing products contain ephedra.

Despite its use in traditional Chinese medicine, the US FDA has banned ma huang. Ma huang is a stimulant drug, similar to ephedrine. It is not safe to take while pregnant. Side effects include nausea, increased risk of stroke, heart arrhythmia, and possibly death.

Cinnamon adds flavor and aroma to food and drinks. However, during pregnancy, it should be avoided. Cinnamon essential oils can cause fetal malformation if ingested orally. If you enjoy cinnamon-flavored desserts and drinks, a few sprinkles will not likely cause harm.

Now that you know what herbs are safe for pregnancy, you can start or continue to use these to treat minor ailments. The herbs to avoid while pregnant are only a small fraction of the many substances that are potentially dangerous. All herbs can be toxic in large amounts and you should never intentionally take any herbs to induce an abortion.

This information serves to educate but only a doctor can recommend which herbs are suitable for you during pregnancy.

Herbal Medicine List: A Guide to an All Natural and Organic Treatment

Debunking Myths About Herbals and Alternatives