What is a Heart Attack and How Does it Happen? 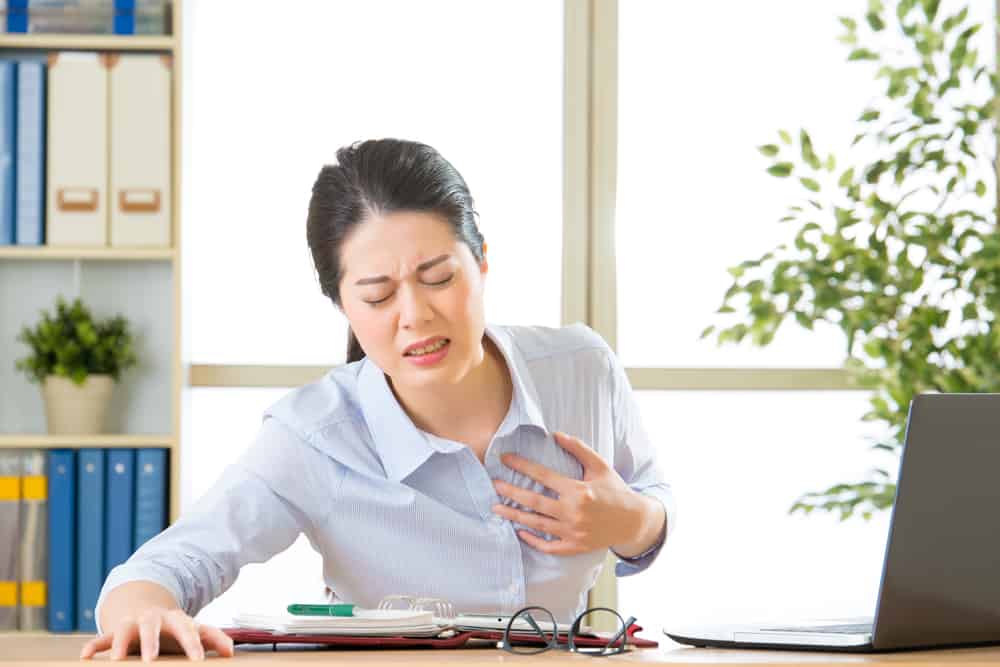 A heart attack or myocardial infarction (MI) is a medical emergency that requires immediate treatment. It happens when a section of the heart doesn’t receive adequate oxygen (cardiac ischemia) due to a blockage in blood flow. If the oxygen supply is not restored quickly, the affected cardiac muscle begins to die, resulting in a heart attack.

What is a heart attack, and how does it happen? At this point, we already know that a heart attack occurs when the cardiac muscle is starved of oxygen due to blocked circulation; but how does the blockage happen?

The blockage usually occurs due to atherosclerosis, a process wherein the coronary arteries (blood vessels that supply the heart with oxygen) become clogged with plaque, a substance primarily made up of fat and cholesterol. Atherosclerosis then causes coronary artery disease or ischemic heart disease, in which the arteries are narrowed.

But, heart attacks don’t usually happen immediately after having atherosclerosis or CAD. Most cases of myocardial infarction take place after a plaque buildup ruptures or bursts, causing damage to the lining of the blood vessel.

To repair the damage, a blood clot forms on site. If the blood clot becomes too large, it may completely block the artery and prevent oxygen from reaching a section of the heart.

Spasm of the Coronary Artery

Cases of coronary artery spasm may be rare, but it still answers the question, how does a heart attack happen. Sometimes, people without CAD or atherosclerosis suffer from MI because their artery spasms or constricts on and off, depriving the heart of oxygen.

A heart attack is more likely to occur if a patient has the following risk factors. Notice that some of the risk factors below are modifiable, meaning you can control or eliminate them.

People who have hypertension, high blood cholesterol, and obesity at the same time have a condition called metabolic syndrome. Patients with metabolic syndrome are twice more likely to suffer from a heart attack.

Now that we answered the question, how does a heart attack happen, let’s talk about its signs and symptoms. The most common symptoms of myocardial infarction include:

Please note that the warning signs of a heart attack vary from person to person. Some patients suffer from excruciating chest pain, while others only have mild discomfort or do not feel anything at all.

Women, the elderly, and those with diabetes are also less likely to experience chest pain, but may present other symptoms like abdominal pain, shortness of breath, nausea, or vomiting. People who’ve had MI before do not necessarily experience the same symptoms if they suffer from another attack.

If you suspect a heart attack, seek medical help immediately. Do not resort to sleeping or resting to see if the symptoms will go away. The quicker your act, the earlier the treatment can start.

Treating MI within an hour after the onset of symptoms reduces the risk of long-lasting and possibly irreversible complications, such as cardiac arrest, arrhythmias, and heart failure.

Besides shedding light on the questions, what is a heart attack, and how does it happen, it’s also essential to learn about MI treatment.

After the doctor runs tests like ECG and blood tests to diagnose a heart attack, the immediate treatment goal is to restore oxygen supply and reduce damage through medications, medical procedures like coronary angioplasty, or surgery.

If medications are not enough to treat or prevent another heart attack to happen, the doctor may recommend surgeries such as coronary angioplasty with stenting and coronary artery bypass surgery.

In this surgery, the doctor inserts a thin tube with a balloon in the groin area and into the heart’s affected artery.

Once it’s in the affected area, the doctor inflates the balloon, opening the narrowed vessel. To keep the artery open for a long time, the surgeon may also insert a metal mesh with slow-releasing medication.

Should a heart attack happen and two or more major arteries are totally blocked, the doctor may perform coronary artery bypass surgery. This operation takes an artery from another part of the body and attaches it in the heart to “bypass” a blocked artery. This surgery aims to reroute the blood and ensure that it will reach the affected area.

If you haven’t had a myocardial infarction before and want to prevent it, regular check-ups and screening (blood tests, ECG) are necessary as they allow your doctor to determine your risks.

The following measures likewise help lower your risk of MI:

In case you’ve suffered from a previous MI and are recovering, the above practices also reduce the risk of repeat attacks. However, the doctor may give you specific instructions on diet, exercise, medications, and other activities such as sex.

The problem with plaque: Even lesser amounts are still risky
https://www.health.harvard.edu/heart-health/the-problem-with-plaque-even-lesser-amounts-are-still-risky
Accessed November 17, 2020

What is a Heart Attack?
https://www.heart.org/en/health-topics/heart-attack/about-heart-attacks#:~:text=This%20blood%20clot%20can%20block,or%20myocardial%20infarction%20(MI).
Accessed November 17, 2020