Anorexia: What Everyone Needs To Know About This Condition 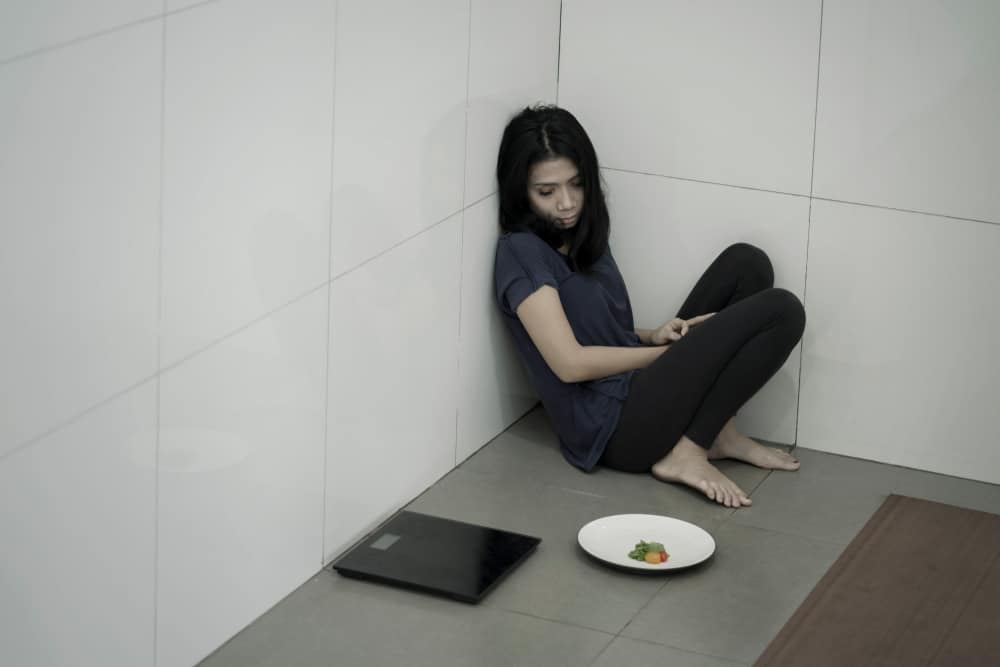 Anorexia nervosa is a silent killer.

It has taken and endangered plenty of lives and will continue to do so in the future if awareness about it is not raised.

In this article, you will learn some of the basic things about anorexia and how you can deal with it. Here’s what no one tells you about battling anorexia.

Anorexia nervosa is a kind of eating disorder. It is characterized by massive weight loss, which is brought about by starvation. The extreme weight loss under this condition can lead to serious health problems and even death.

The term anorexia can be translated to mean “loss of appetite” although that can be misleading. The people who suffer from this kind of disorder are often starving and very hungry. Although they feel very hungry they still refuse to eat. They are driven by their fear of gaining weight.

This fear is so intense that, for those suffering from this disorder, it trumps their physiological need for food. And their main, persistent reaction to their fear is by severely limiting their food intake.

Who Suffers from Anorexia?

Although men can also suffer from anorexia, women make up the vast majority of those who have this disorder. There is a higher risk of developing this disorder among actors, models, athletes, and other professions where the appearance and physical fitness is very important.

Those who suffer from anorexia are usually achievers. They do well in school or whatever field they have chosen to practice. They tend to be perfectionists.

And although anorexia will normally manifest during puberty, it can appear at any age.

What are the main causes of anorexia?

Unfortunately, the exact cause of anorexia is still unknown. Based on research, it seems to be a combination of personality, thinking patterns, emotions, environment, and other factors.

Those who suffer from this disorder will normally use food or eating as a way for them to gain a sense of control over their lives when they feel overwhelmed. They can also turn to food and eating when other aspects of their lives are failing.

The fact that society and most people equate with thinness with beauty and being overweight to ugliness is a contributing factor also for driving some people to develop this disorder. Other factors include feelings of loneliness and inadequacy which can seriously affect a person. Those who were teased and mocked because of their weight since they were children are also prone to developing this disorder.

The most obvious symptom of anorexia is the extreme weight loss which is suffered by those who develop this disorder. Although this symptom would show up only relatively later on and will be caused by the other symptoms.

Here are other symptoms of anorexia which you should know about:

These are not the only symptoms that people who suffer from anorexia will exhibit but these are the more common ones.

As mentioned earlier, anorexia can cause serious health issues and death. It should be treated as soon as possible. It can cause damage to vital organs such as the heart, brain, and kidneys. It can also cause blood pressure to drop and even breathing. Some of those who suffer from anorexia can experience hair loss. These problems are mostly caused by a lack of nutrition.

As mentioned earlier, anorexia in the most serious cases will lead to death. That can be caused by starvation but suicide is also a leading cause among those who suffer from this disorder.

How Can Anorexia Be Diagnosed

Because those who suffer from this condition are secretive and are ashamed of what they are going through, it is not easy to diagnose this condition. Some may even try to deny that they are suffering from a problem.

The doctor will first look for other reasons for the symptoms. The sudden drop in weight, for example, can be caused by some other illness. If the doctor does not find other causes for the symptoms then the patient will be referred to a psychologist or a psychiatrist.

It is not possible to prevent a disorder when its causes are still unclear although there are certain things which can be done to reduce the chances of developing this disorder. Healthy eating, for example, is believed to be a great of preventing it since it provides for all the nutrients and vitamins needed by the body.

Anorexia is a very dangerous disorder. A huge part of its danger lies in the fact that so little is known about it. If you know someone who might be suffering from anorexia, encourage them to consult with a doctor.

Causes of Eating Disorders: It's More Than Just Extreme Dieting