The Possible Causes of Easy Bruising 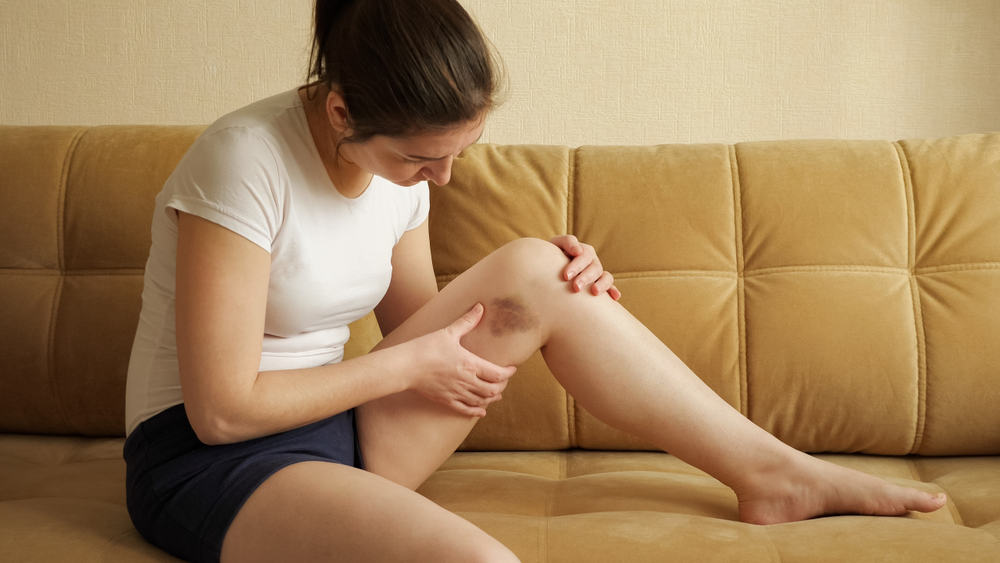 You’re silently doing your chores when you notice it: a purplish patch on your arm. Oddly enough, you don’t remember getting hurt in that area. Looking closely, it seems like you bruise more easily than other people, and it’s now worrying you. What causes easy bruising, and when should you seek medical help for it? Find out here.

How do bruises happen?

Before we talk about the possible causes of easy bruising, let’s first have an overview of what a bruise is.

A bruise or what we commonly call “pasa” is a patch on the skin that happens when tiny blood vessels burst. The blood vessels then leak blood into the tissues under the skin, resulting in discoloration that may appear swollen at first and feel tender.

People with fair complexion often develop purplish or bluish patches. Those with darker complexion tend to have black, brown, or dark purple bruises.

Please note that bruising commonly happens after an injury or trauma, but some people are more likely to bruise than others.

Case in point: seniors tend to bruise more easily because their blood vessels are weaker and their skin, thinner. Additionally, easy bruising can also run in families.

Now, what if you’re fairly young but still feel as though you bruise easily? What causes your easy bruising?

Reports say there are several possible reasons behind easy bruising; they include:

Medications that thin the blood can make a person bruise and bleed more easily. Examples of these drugs include aspirin and warfarin.

Some herbal medicines and antidepressants may also increase a person’s risk of bleeding and bruising.

If you’re taking some medicines, ask your doctor if it could be causing your bruises, so you can discuss alternatives or other interventions.

If you’re a heavy drinker, your liver may be sustaining some damages that lead to easy bruising and bleeding.

You see, the liver produces proteins that help in blood clotting, a process where blood cells clump together to prevent excessive bleeding. Worsening liver disease may prompt the organ to stop producing the proteins, leading to an increased risk of bleeding and bruising.

The 10 Most Common Nutrient Deficiency Diseases

If you suspect vitamin deficiencies, talk to your doctor, so they can properly assess your condition and recommend appropriate supplements when needed.

Other possible causes of easy bruising

For instance, cancers that affect the blood and bone marrow, like leukemia, can lead to increased bruising. Likewise, vasculitis, a condition where the blood vessels are inflamed may also result in bruising.

To be absolutely sure about your condition, it’s best to talk to your doctor.

When to seek medical help

Before you panic over the fact that you seem to bruise more easily than other people, assess the situation first.

Experts say you might have a problem with bruising or bleeding when you:

If you notice the symptoms above, set an appointment with your healthcare provider. Consult a doctor, too if your bruises appear on areas of your body where injuries are unlikely to happen or they show no signs of improvement after a week.

Do You Bruise Easily? When to Get It Checked Out

Do You Bruise Easily? When to Get It Checked Out

What are bruises?
https://www.nhs.uk/common-health-questions/accidents-first-aid-and-treatments/what-are-bruises/
Accessed June 1, 2021

Why Do Some People Bruise More Than Others?
https://www.bannerhealth.com/healthcareblog/teach-me/why-do-some-people-bruise-more-than-others
Accessed June 1, 2021

Early Signs of Leukemia: Symptoms You Need to Watch Out For