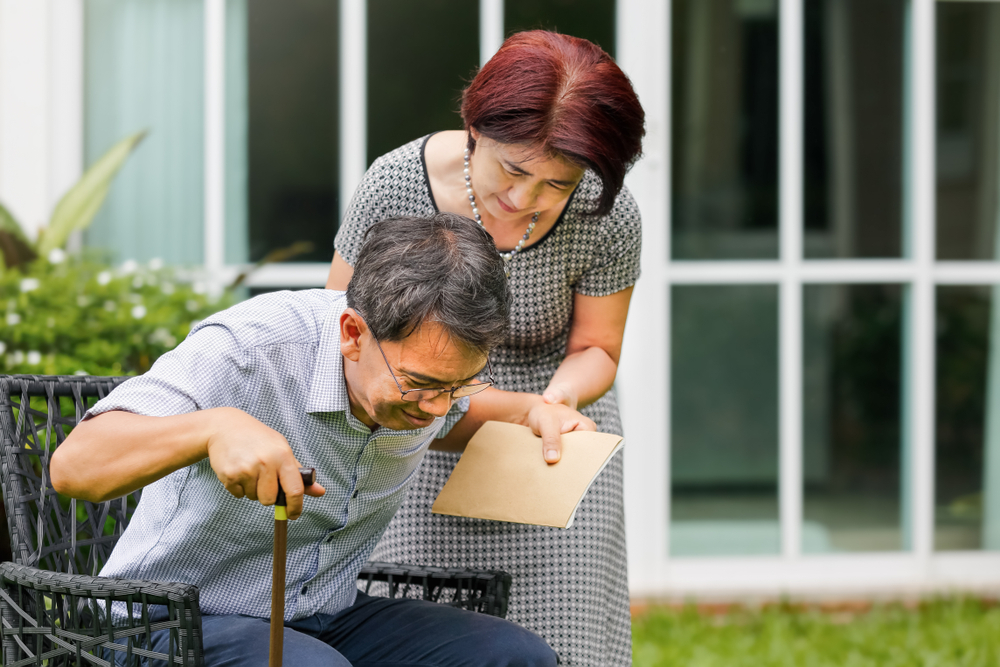 What is myasthenia gravis?

Myasthenia gravis is a condition wherein the immune system mistakenly attacks the body. This causes the muscles and the nerves to weaken.

Myasthenia gravis is a rare and long-lasting disease. It may occur at any age but it usually occurs in women aged 20 to 40 and men after the age of 50. The disease affects about 20 people out of every 100,000. There is no cure for MG but a person with this condition can still live a normal life with the proper treatment.

Myasthenia gravis is neither inherited nor contagious. However, in rare cases, pregnant women with MG can pass on the antibodies that cause MG to their infants. This condition is called neonatal myasthenia. Neonatal myasthenia is temporary and treatable within around three months of the infant’s birth.

MG usually first affects the muscles in the face, starting with the eye. It then progresses to other parts of the body, and reaches the arms and legs.

Drooping of the upper eyelid.

Difficulty in talking due to the weakening, paralysis, or damage of the muscles responsible for speech. These include the lips, tongue, diaphragm and vocal cords.

This is due to weakening of the muscles around the face.

Weakening of the muscles around the jaw and the other muscles responsible for swallowing.

Weakness in arms, hands, fingers, legs and neck which can cause frequent falling due to problems with walking.

Our muscles rely on chemical signals for them to move. In healthy people, acetylcholine, a chemical released by the nerve endings, bind with special receptors that cause the muscle to contract.

In a person with MG, the immune system blocks and destroys some of the receptors that receive acetylcholine. When this occurs, the chemical message is not received, which causes weakness in the muscles.

MG can also be caused by abnormalities in the thymus gland. The thymus gland is responsible for regulating the production of antibodies that block acetylcholine. Many of the people diagnosed with myasthenia gravis have non-cancerous tumors in their thymus or have an enlarged thymus.

Specific antibodies associated with myasthenia gravis are abnormally elevated in people with the disease. The MuSK antibody can also be found in people with MG. Other tests are necessary to rule out other conditions that might cause muscle weakness.

The doctor will test the patient’s muscle strength and reflexes. The doctor will check for the sense of touch, muscle coordination, and impairment in the muscles of the eyes.

The doctor will insert tiny needles into the muscles or near the nerves to stimulate them. Stimulation of these muscles and nerves in people with MG will result in the weakening of the muscle response. EMG can help detect cases of myasthenia gravis in patients who manifest little to no abnormalities in other tests.

A drug called edrophonium is administered to temporarily increase the acetylcholine in the muscles. This results in the improvement of muscle function in patients with MG. However, the test is not always accurate. Some patients will not respond to the edrophonium and some patients respond to the drug but don’t have MG. This test is usually done to check ocular muscle weakness.

A CT scan or MRI will check if there are abnormalities in the thymus gland.

In addition to these tests, the doctor may also check the patient’s breathing strength via pulmonary function test.

There is no cure for MG, but treatments can prevent complications and manage symptoms. Early detection and immediate treatment can significantly improve an MG patient’s life.

Treatment is different from one person to another. It depends on the patient’s age, existing comorbidities, ongoing medication and therapies for other illnesses.

The goal of the treatment is to prevent complications such as the development of other autoimmune diseases, and myasthenic crisis. Myasthenic crisis is a condition wherein the muscles that control breathing become too weak. This condition is life-threatening and is treated as an emergency.

Removal of the thymus

Surgically removing the thymus has shown to improve symptoms in people with MG, especially if MG is caused by a tumor in the thymus. Many experts believe that removal of the thymus can cause a disturbance in the balance of the immune system. This procedure is not recommended for elderly people

This is a procedure wherein a machine separates the plasma from the blood. Harmful antibodies are removed from the plasma, and the plasma is returned to the body. The effectiveness of this treatment is temporary and would only last for a few weeks or months.

This treatment involves the infusion of antibodies into the patient, temporarily changing or altering their immune system. The antibodies causing MG are removed from circulation. This treatment only lasts for a few weeks or months.

Myasthenia gravis is a disease that weakens the muscles. The immune system attacking the receptors that allow muscle contraction causes this disorder. Symptoms of this condition include weakening of the muscles in the eye, throat, arms and legs. There may be no cure for this condition, but when detected early and treated appropriately, the patient’s quality of life would improve.

How to Prevent Psoriasis Flare-Ups: Managing the Autoimmune Disease