What Are the Symptoms of an Ulcer? 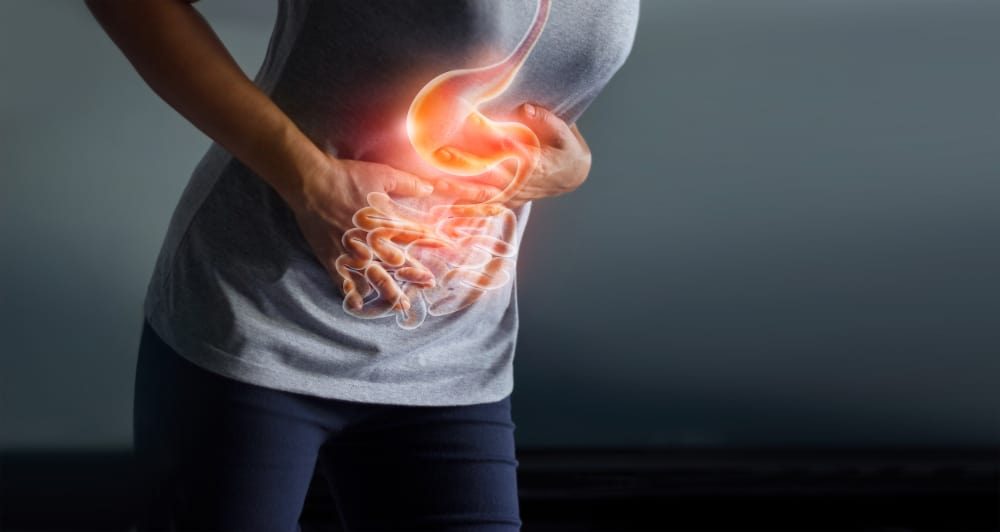 Ulcers are a common but treatable problem. And knowing the signs and symptoms of an ulcer in the stomach can help you seek treatment before an ulcer gets worse.

What Is an Ulcer?

An ulcer is an open sore or inflammation that is commonly found in the stomach, and sometimes in the small intestine or esophagus. This can be caused by stomach acids damaging the tissue in your stomach.

Usually, a layer of thick mucus helps protect your stomach tissues from acids. If the mucus gets reduced for any reason, then the acid can start to damage your stomach and cause an ulcer.

In some cases, a bacterial infection caused by H. pylori can cause an inflammation in your stomach and trigger an ulcer.

For the most part, ulcers can be treated without any major problems. However, if left untreated, it can become a more serious condition, and even cause bleeding in your stomach.

This is why it is important to be aware of the signs and symptoms of an ulcer in the stomach in order to know if you need to seek treatment.

Signs and Symptoms of an Ulcer in the Stomach

Here are some of the signs and symptoms of an ulcer to watch out for:

One of the most common symptoms of an ulcer is indigestion. This happens because the stomach tissue starts to get inflamed, and causes pain.

Indigestion caused by an ulcer can sometimes get mistaken for heartburn, especially since a person can have both heartburn and an ulcer at the same time.

Burning Sensation in the Upper Abdomen

Nausea and vomiting are also symptoms that can appear if you have an ulcer. These symptoms can also appear in conjunction with an ulcer.

Another symptom of an ulcer is an inability to eat certain types of food. This symptom occurs because certain foods can irritate the stomach lining and can make it difficult for you to keep down the food you eat.

In some cases, certain types of food can trigger indigestion, or even pain in your ulcer.

It’s also commonly believed that eating spicy foods and drinking coffee can trigger an ulcer. However, this is not always the case, as the triggers vary from person to person, and also depend on what’s causing the ulcer in the first place.

Another one of the signs and symptoms of an ulcer in the stomach is an unexplained loss of appetite. This might stem from the fact that eating certain foods can cause discomfort or indigestion, so you instead opt to eat less food to prevent the symptoms from occurring.

Some more serious cases of ulcers can have patients vomiting blood. This can happen if the stomach gets irritated or inflamed and bleeds as a result.

Blood in Your Stool

It is also possible for blood coming from an ulcer to appear in a person’s stool. This can easily be identified by dark spots in the stool, which means that the bleeding is coming from the stomach.

If you experience this symptom, it would be a good idea to visit your doctor as soon as possible.

Sharp Pain in the Stomach

Aside from a burning sensation, ulcers, particularly more serious ones, can cause a sharp pain in the stomach.

Most people who have ulcers do not experience this symptom, as this usually appears in more severe cases.

One of the signs and symptoms of an ulcer in the stomach is sudden weight loss. This mainly results from the patient eating less food because it causes pain and discomfort.

What Can You Do About the Symptoms of an Ulcer?

Here are some steps that you can take in order to manage the symptoms of an ulcer: