What Causes Gas and Bloating in the Stomach? - The Different Culprits 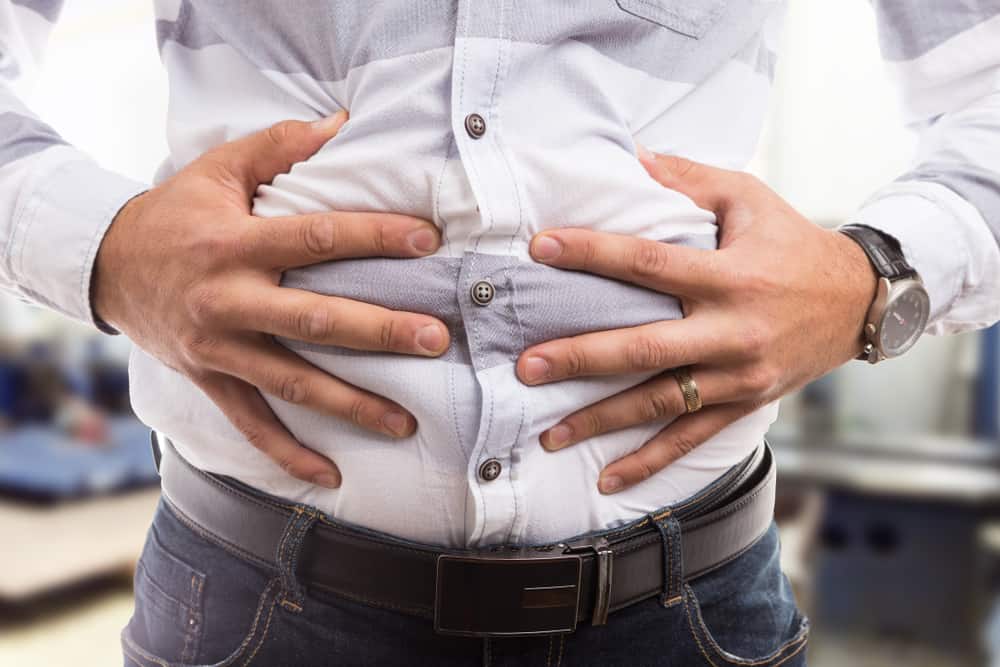 The build-up of excessive amounts of gas in the gastrointestinal tract may lead to abdominal bloating, which is defined as a subjective feeling of upper abdominal fullness or discomfort, associated with gas. But what causes gas and bloating in the stomach?

The Best and Worst Foods for Bloating

What causes gas and bloating in the stomach?

Listed below are general causes of abdominal bloating and how it may lead to bloating.

As mentioned earlier, bloating is caused by an excessive amount of gas in the gastrointestinal tract that is either due to overproduction or a problem in transit. Specific gastrointestinal conditions that may cause this are listed below.

Since patients experiencing constipation will have a delayed transit time of intestinal contents, gas may build up causing abdominal bloating.

This can be caused by infections, congenital or acquired defects of the intestinal wall, or surgical interventions causing adhesions (such as appendectomies).

A condition where acid stomach juices or food and fluids are regurgitated from the stomach to the esophagus.

Patients with lactose intolerance are deficient in lactase, an enzyme necessary in the digestion of lactose (a disaccharide found in milk, yogurt, and ice cream). Lactose is a fermentable, gas-producing substance in the stomach that, if left undigested in the intestines, is fermented by naturally occurring bacteria (the normal flora of the gastrointestinal tract) that produces gas and subsequent abdominal bloating.

This is a condition where the body is unable to break down gluten, a protein found in foods made with wheat, barley, rye, and triticale. The immune system reacts to gluten, creating toxins that destroy the villi in the small intestines, causing poor absorption of nutrients.

This is a condition seen most commonly in the elderly population, where there is an outpouching of the intestinal walls where stool can pile up. This may lead to intestinal obstruction and inflammation, which may also manifest as abdominal bloating.

Specifically, giardiasis, hookworm infection, and amoebiasis are gastrointestinal parasites that can cause bloating.

This is a condition seen in patients who have gone gastrointestinal resection, have birth defects/hereditary conditions (intestinal atresia), Crohn’s disease, or any condition causing a portion of the large or small intestine to not function properly, leading to poor absorption of nutrients.

When to seek consultation

Abdominal bloating alone may not be a cause for serious concern, if patients are constipated, increased intake of fiber and hydration may resolve their bloating.

However, when abdominal bloating is accompanied by other symptoms such as uncontrolled/excessive vomiting, haematemesis (blood in the vomit), hematochezia/melena (blood in the stool), nausea, a loss of consciousness, uncontrolled diarrhea, or no bowel movement for three days, then patients should seek consultation immediately.

The pattern at which abdominal bloating presents itself may be alarming for patients as well. If bloating is accompanied by painful sexual intercourse, painful bowel movements, or after every meal, patients should seek medical consultation.

Seek medical help when there has been no bowel movement for several days or the patient has had no flatus for the past few days.

Abdominal bloating that is due to diet or constipation can be prevented by diet modification and adequate hydration.

Patients should follow the low FODMAP diet, which stands for low Fermentable Oligosaccharide, Disaccharide, Monosaccharide, and Polyols. These carbohydrates are not always fully absorbed, and thus, can lead to gas production via the normal flora of the gut. Selectively removing certain food mentioned below and seeing whether symptoms resolve may help in diet modification to prevent future bloating episodes.

Consultation with a physician should be made if the accompanying symptoms are severe. These symptoms include blood in the stool and vomit, or if the pattern of its occurrence is abnormal (associated with every meal, painful sex, or painful bowel movement). The condition can be prevented by avoiding certain food listed in the low FODMAP diet and increasing fluid intake.

How to Manage GERD at Home: 4 Important Things to Remember