What causes seizures in epileptics - What to watch out for 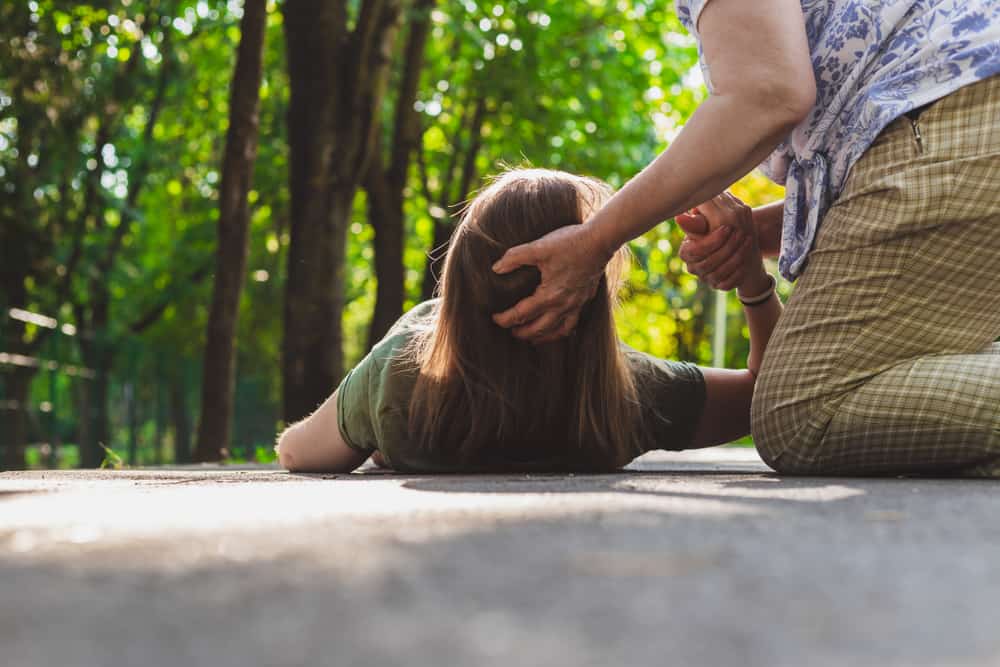 Epilepsy, also known as seizure disorders, is a neurological (CNS) disorder that mainly causes a person to suffer from seizures. So what causes seizures in epileptics?

The central nervous system (CNS) is responsible for regulating a number of important bodily functions such as the movement of limbs, the five senses, and even the mechanism that keeps a person’s heart beating. The CNS is primarily made up of the spinal cord and the brain but is also composed of the sensory organs (such as the eyes, nose, and other sensory receptors), which makes it vulnerable to disorders such as trauma, infection, and others.

Before going in-depth about what causes seizures in epileptics, it’s important to have a thorough understanding of epilepsy. When a person has epilepsy, they experience seizures frequently. Epilepsy is considered a “spectrum condition,” which means that a person diagnosed with this condition may experience various symptoms or different types of seizures.

Typically, the brain produces tiny electrical charges or impulses in a specific and orderly manner. In a person with epilepsy, the pattern is disrupted by sudden bursts that get in the way of the normal functions of the brain and the body.

A seizure is a single, isolated event, while epilepsy is a condition where a person has chronic seizures. Having a seizure once doesn’t automatically mean that you have epilepsy.

Generally, there are two types of seizures namely:

What causes seizures in epileptics?

Some people notice something that’s always present before a seizure attack happens. Sometimes, there are certain conditions that cause a person to have a seizure. These are called triggers.

If you’re someone with epilepsy, it can be very helpful to understand what your triggers are. This can also be helpful for family members and loved ones. Knowing what your triggers are can help you make the necessary adjustments in your lifestyle in order to prevent any future episodes from happening.

Some triggers of seizures include:

1. The specific time of day or night

Sometimes, people suffer from seizures in a pattern that’s related to their sleep. These types of seizures are called nocturnal seizures and they usually occur right after falling asleep or when a person is about to wake up.

Research shows that certain brain activity during sleep can trigger a seizure in some people. Typically, nocturnal seizures can be grouped into two depending on when they usually occur:

Not getting enough sleep is a common trigger for seizures in many people. Although the reason is unclear, research has shown that seizures are very sensitive to a person’s sleeping and waking cycle. Usually, those with epilepsy are in a constant battle with sleep. Seizures may get in the way of a good night’s rest, but lack of sleep can also make a person more prone to suffering from an attack.

Some types of illnesses can make someone experience a seizure for the first time, and may aggravate seizures for those with epilepsy. Stress, dehydration, and fevers are just some of the factors associated with illness that may be a trigger for seizures.

Febrile seizures are seizures that most commonly occur in children. These types of seizures can occur even in children without a history of any neurological disorders.

Some medications can also increase a person’s risk of experiencing a seizure. Diphenhydramine, which is found in antihistamines for allergies, is one example of a drug that may trigger a seizure.

A very small percentage of people can be triggered by flashing light, or patterns that use a combination of light and dark figures. Repeated seizures caused by light or patterns are usually diagnosed as photosensitive epilepsy.

More specifically, patterns that are moving or those composed of geometric shapes consisting of high contrast colors can be possible triggers of photosensitive epilepsy.

Screen images may also be a trigger. An example is when the anime cartoon, Pokemon, first came out and some children manifested seizures due to watching the flashing lights and images on their televisions.

A woman’s menstrual cycle can cause hormone fluctuations, which can be a trigger for a seizure in some women. Repeated seizures related to the menstrual cycle may be a condition called catamenial epilepsy.

Women with this type of epilepsy can have seizures during certain phases in their cycle, specifically right before or during a woman’s period or when she is ovulating.

Not all people with epilepsy have triggers, while some may not be able to notice a pattern in their seizures right away. If you’ve been diagnosed with epilepsy, it can be very helpful to keep a diary to track seizure attacks and what might’ve been the possible triggers.

Below are some ways a person can prevent seizures:

What causes seizures in epileptics? If you’ve been diagnosed with epilepsy, then seizures are now a part of your day-to-day life. Understanding how triggers work can help you determine which ones apply to you. Taking note of your triggers and tweaking your lifestyle to avoid them can be one way you can take care of your overall health and well-being while you live with epilepsy.

What is epilepsy, https://www.epilepsy.com/learn/about-epilepsy-basics/what-epilepsy, Accessed Dec 7, 2020