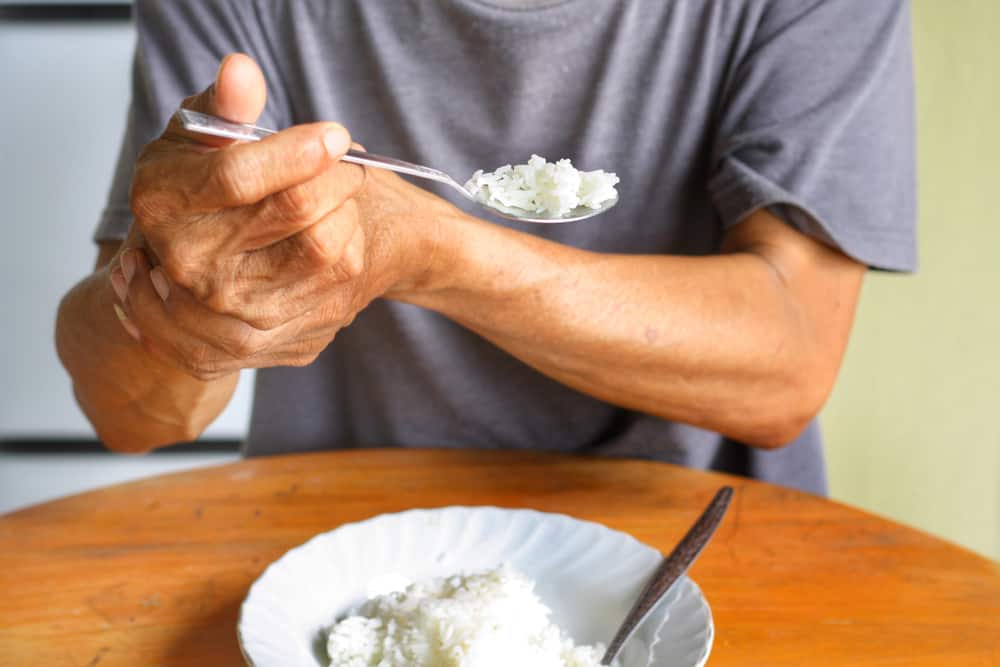 Parkinson’s Disease (PD) is a neurodegenerative disorder wherein the patient develops progressive motor (movement) problems. In its early stages, someone who has this condition could experience tremors, muscle stiffness, slowness, and balance difficulties. But, Parkinson’s disease late-stage complications are more debilitating. Are there ways to slow down or prevent these complications? Read on to find out.

The Stages of Parkinson’s Disease

Before we discuss the various Parkinson’s disease late-stage complications, let’s first have a quick review of its progression.

Doctors use several scales to assess the severity of PD. For instance, they can use the Hoehn and Yahr scale which measures how the motor symptoms progress throughout the disease.

The UPDRS is more inclusive in the sense that it measures the progression of not just the motor symptoms, but also the non-motor aspects such as mood, cognitive function, and social interactions.

To help you visualize what happens during the disease’ progression, here’s a brief description of the Hoehn and Yahr stages:

In stage 1, the patient only experiences mild symptoms, like tremors on one side of the body. These symptoms typically do not interfere with the patient’s ability to perform ADLs or activities of daily living.

The 2nd stage is when the symptoms get worse and the patient suffers from more difficulties. However, they will still be able to live on their own, albeit they’ll need a longer time to accomplish simple tasks.

This stage is considered as the mid-stage. The patient can still live on their own, but the symptoms have already significantly impaired their ability to perform simple activities like dressing up or eating.

At this stage, the patient already needs assistance to perform some activities. Hence, they cannot live on their own. Many experts say that the Parkinson’s disease late-stage complications start from this point onward.

This is the most advanced stage wherein the patient develops debilitating symptoms. Most patients become wheelchair-bound or bedridden, prompting them to require round-the-clock care.

Important reminder: Patients experience PD differently. Some would follow the typical progression from stages 1 to 5. Others would skip stages. How slow or fast the complications happen also vary.

Now let’s take a closer look at the complications of late-stage PD and the different ways by which they can be managed.

One of the most common complications of late-stage PD are motor-disabilities that could cause fall accidents.

According to research, even if patients can still stand unassisted in stage 4 PD, their capacity would be significantly limited.

This is because of the various motor disabilities like bradykinesia (slowness of movement) and fine motor skills problems.

These motor disabilities together with other conditions like orthostatic hypotension and loss of balance could lead to fall accidents.

Studies reveal that the incidence rate of falls in late-stage Parkinson’s can be as high as 70%. What’s more concerning is the fact that fall accidents can result in further movement deterioration because of:

Because of the high possibility of fall accidents, scientists believe that in managing advanced Parkinson’s disease, there should be an assessment of the risk of falls.

Severe difficulty in swallowing is also one of the Parkinson’s disease late-stage complications. This happens because PD weakens the muscles that help the patient chew and swallow.

There are many ways to manage severe dysphagia.

For one, doctors and speech therapists can teach the patient different “swallowing maneuvers” such as the Mendelsohn, supraglottic, and effortful maneuvers. Additionally, thickeners could be added to the food to ease swallowing.

What You Need to Know About Swallowing Disorders

Dyskinesia is another one of the Parkinson’s disease late-stage complications are said to occur in long-standing Parkinson disease, regardless of medication use. However, it can be exacerbated by high-dosage or long-term use of levodopa.

Levodopa is a drug that’s converted into the neurotransmitter dopamine once it reaches the brain. Doctors prescribe this drug because PD patients usually have decreased levels of dopamine, an important chemical messenger for the brain cells.

Using this drug, however, could result in shifting dopamine levels. You see, when the medication wears off, the dopamine levels drop. When you take levodopa again, the levels will rise.

The continuous shifting in dopamine levels results in dyskinesia or involuntary movements. This complication manifests as twitching, fidgeting, or head-shaking.

The doctors might lower the dose of L-dopa or resort to extended-release formula medication.

Bowel problems, such as constipation are evident even in the early stage of Parkinson’s.

However, it becomes more severe in advanced-stage PD because of the cumulative effects of dehydration, decreased motility, immobility, and effects of anti-PD drugs.

In terms of urinary complications, a patient with Parkinson’s could experience frequency or urgency as well as urinary incontinence.

All these could lead to feelings of stress, anxiety, and isolation.

Orthostatic hypotension or postural hypotension is one of the Parkinson’s disease late-stage complications. In this condition, a patient experiences low blood pressure within minutes of standing up from a sitting or lying position.

Patients can manage postural hypotension by avoiding rapid changes in position. Fluid and salt intake should also be strictly monitored. If the patient is receiving anti-hypertensive medications, the doctor might consider discontinuing them.

Finally, advanced-stage PD patients could also suffer from anxiety and depression. And it’s not just because living with a chronic condition like Parkinson’s can be stressful and frustrating.

The changes in the aforementioned neurotransmitter dopamine due to the progression of the disease also contribute to the occurrence of depression and anxiety.

Management for depression and anxiety will most likely depend on what caused them. If the patient feels down because of their experience with their condition, talking to a therapist will help.

However, if changes in the brain chemicals have caused mental distress, the doctor may prescribe medication.

As of now, Parkinson’s disease is not yet a preventable condition. But there are a lot of things that can be done to manage its possible complications. For this reason, communication lines between the patient and doctor must remain open.

Causes and Treatments for Loss of Balance